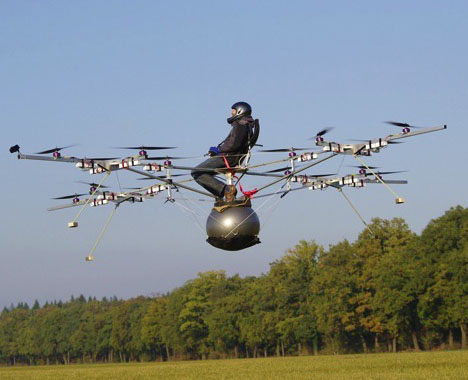 The E-Volo Multicopter, which made its first human-piloted test flight just a few days ago, has a brilliant design that paradoxically seems complex but is in fact more simple than current helicopter designs. At first, having sixteen rotor blades seems needlessly complicated, but that's where the brilliance comes in: Each is powered by a motor with one range of motion and one job, which is to rotate in place. A traditional helicopter's large rotor spins but also needs to pitch in order to move the craft in a particular direction; that adds a degree of mechanical complexity and an extra potential failure point.

The E-Volo, on the other hand, can pitch by varying the speeds of its various rotors to create differing degrees of lift. Software and onboard computers translate the pilot's motion of the joystick into the required adjustments, vastly simplifying demands on the pilot. Indeed the controls look less like a fighter jock's cockpit and more like the controls to Ms. Pac Man. 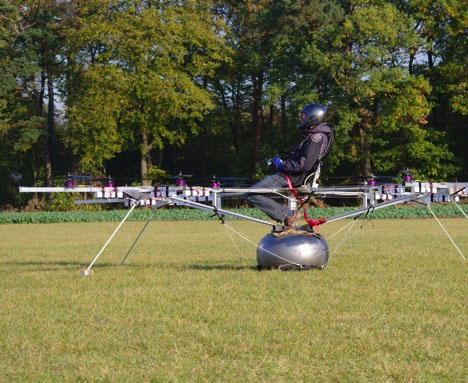 I find the E-Volo's overall design particularly clever because it rethinks the helicopter completely, relying on the innovations of our time—software and computers—to enable a level of mechanical simplicity that should theoretically make maintenance (and learning to fly the thing) relatively easy. After all, we've been using and repairing simple electric motors that drive a single rotating shaft in everything from fans to sewing machines for roughly a century. 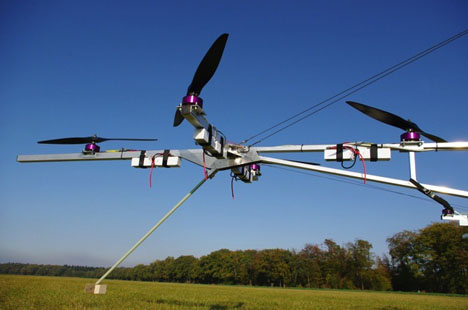 As for safety, the E-Volo team points out that the craft can continue to fly even if up to four motors fail (presumably spread among the four wings) and that the craft could theoretically be rigged with a parachute, as there are no obstructions over the center of the craft.

After watching the video, I think an added benefit—I'm just making an educated guess here—is that after landing you can detach that rubber ball and do Pilates. Pretty awesome.

Be sure to click over to the Design Studies section of E-Volo's website to see some of the bugged-out early concept work. 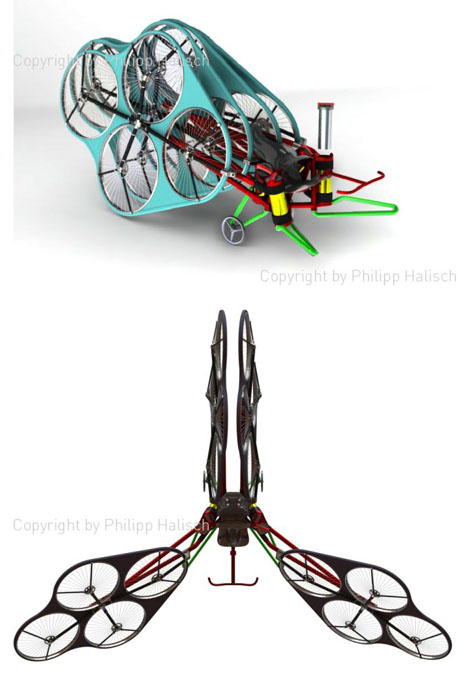