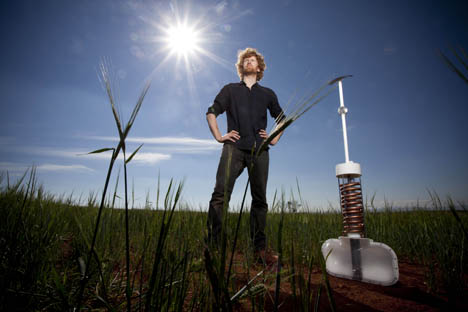 Are droughts a thing of the past? This year's $14,000 James Dyson Award prize winner Edward Linacre created the Airdrop with the hopes of creating a solution for agriculture in arid regions. Airdrop is a low cost, self powered, and easy to install solution that came about when Linacre was considering the ramifications of Australia's worst drought in a century. The mechanism harvests water from even the driest air.

Inspired by principles of biomimicry, Linacre studied the Namib beetle an ingenious species which lives in one of the driest places on earth. With half an inch of rain per year, the beetle can only survive by consuming the dew it collects on the hydrophilic skin of its back in the early mornings. 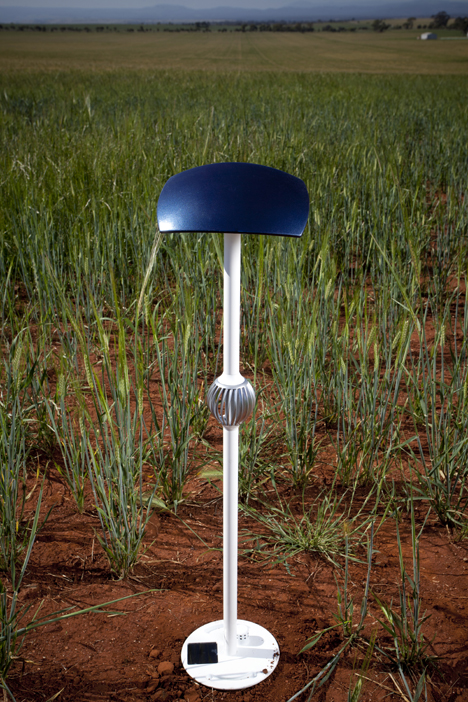 Airdrop borrows this concept, working on the principle that even the driest air contains water molecules which can be extracted by lowering the air's temperature to the point of condensation.Â It pumps air through a network of underground pipes, to cool it to the point at which the water condenses. Delivering water directly to the roots of plants.

Edward's research suggests that 11.5 millilitres of water can be harvested from every cubic meter of air in the driest of deserts. Further iterations of his design will increase the yield of Airdrop. The prize money will go towards testing and an additional $14,000 will be awarded to Linacre's alma mater, Swinburne University of Technology in Melbourne.