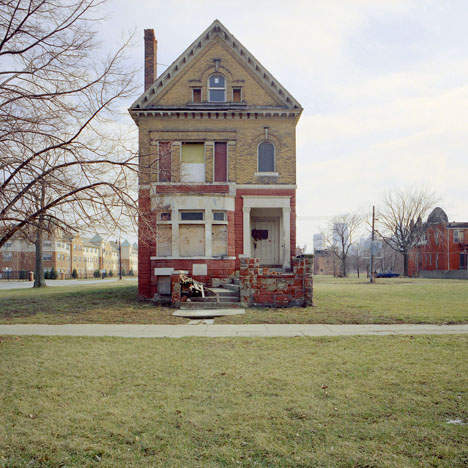 Years ago, after delivering a lecture at Michigan my return flight was snowed in. I was forced to crash at an acquaintance's place in Detroit. As a New Yorker who had never seen an abandoned block, let alone an entire abandoned neighborhood, I was shocked at the zombie-movie level of desolation in that city. Underscoring the lack of a human presence were, get this, packs of wild dogs running around on the streets. 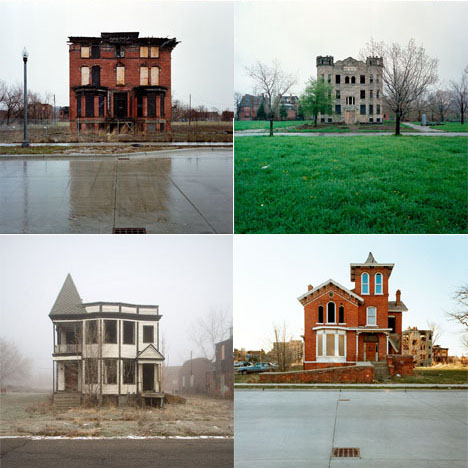 Perhaps no other U.S. city has had such a Roman rise and fall as Detroit. The once-bustling auto manufacturing center had been America's fourth-largest city, boasting a population of nearly two million residents in 1950; today that number has dwindled to just over 700,000. While the city has taken measures to revive the local economy, thousands of houses have been abandoned in the region, from modest one-family homes to stately manses. 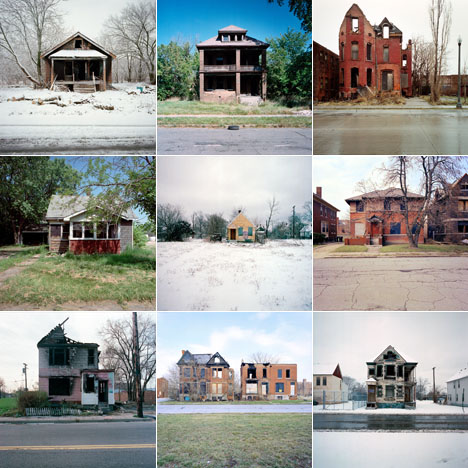 Photographer Kevin Bauman started documenting the decline of Detroit in the mid-'90s, as seen in his 100 Abandoned Houses project. Don't let the title fool you—Bauman estimates the actual number of neglected homes is closer to 12,000. "The abandoned house problem," Bauman writes, "is not likely to go away any time soon."