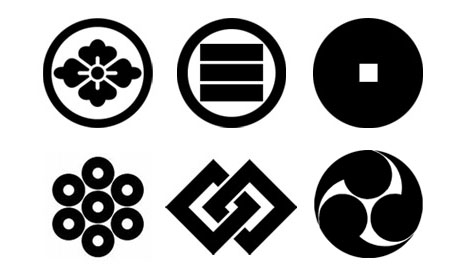 The Japanese counterpart to the European coat of arms is the mon, also called kamon as relating to specific families. Several design elements distinguish mon from the coat of arms: The former are typically contained within a circle, tend to have axial or rotational symmetry, and rely more on abstract geometric shapes than realistic reproductions of real-world items.

Interestingly, mon are also monochromatic, meaning if you painted a particular family's symbol in black or red, they were both recognized as the same thing. In Europe, if your lord's banner was a red cross on a white background, and you showed up with a blue cross on a yellow background, you were pretty much asking for a crossbow bolt in the face. 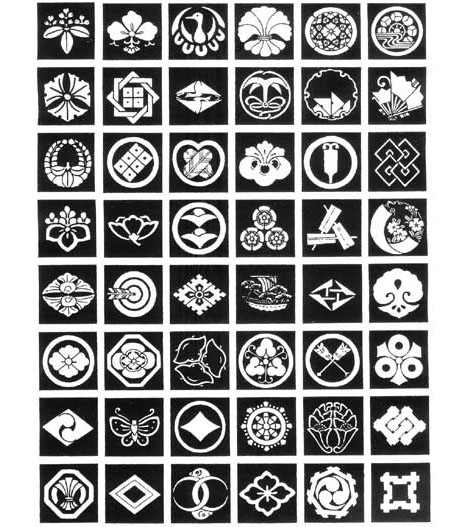 Mon have been around for at least as long as their European counterparts, and while they similarly had a military purpose, they were also patterned directly into clothing as well as wrought into metal; the latter manifestation may explain their monochromatic roots (though that is purely speculation on my part and not documented history). 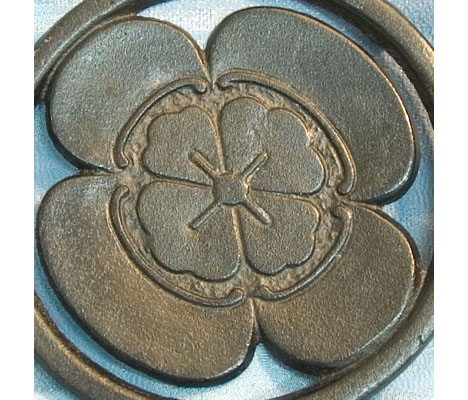 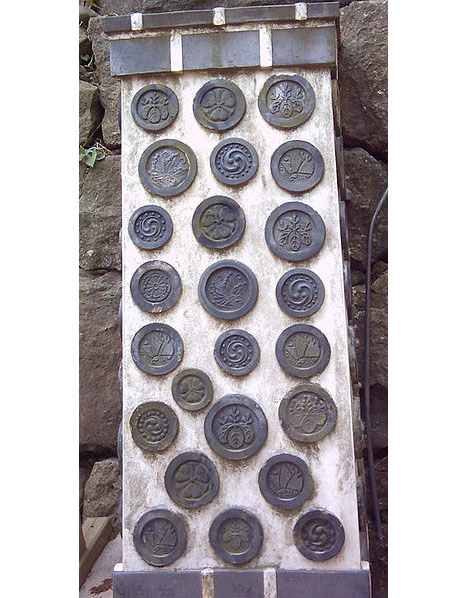 Their stylistic abstractions make mon more interesting to me from a graphic design perspective. And while representations of plants and flowers are common, depictions of animals, humans and instruments of warfare (armor, shields and the like) are not, also distinguishing them from European family crests.

Old as they may be, the simplicity of the mon makes them perfect for the corporate logos of today. Indeed, if you own a Mitsubishi you're driving around with one on the front of your car.