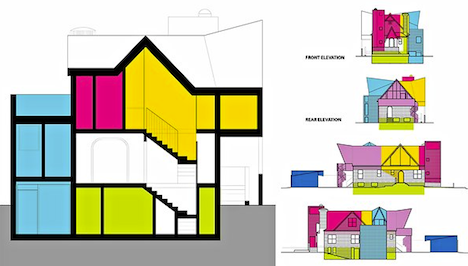 Proposal by Deborah Gans for additions on preexistng homes

The New York Times has a great piece in yesterday's Critics Notebook that examines some recent proposals by city architects to rethink housing in a city that is no longer defined by the traditional nuclear family model.

Most new homes in the city today are still designed for nuclear families. According to the nonprofit Citizens Housing & Planning Council, two parents raising young children occupy only 17 percent of New York dwellings; another 9 percent house single parents with children under 25. The city meanwhile has a growing population of singles—students, young professionals, immigrants, empty-nesters and the elderly—who can't afford market-rate rentals. 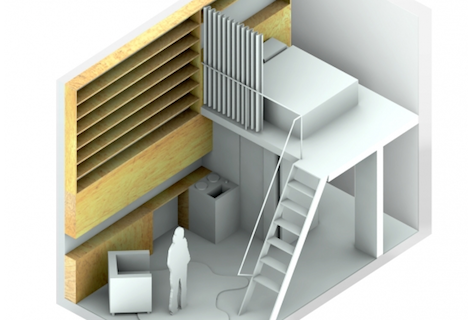 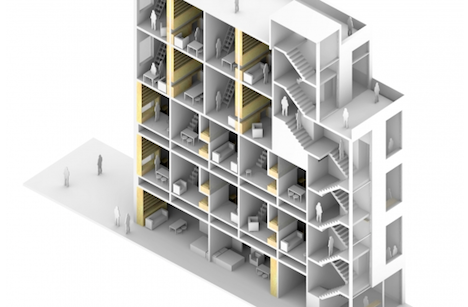 The Citizens Housing & Planning Council in collaboration with the Architectural League gathered New York City governmental officials and planners in a conversation around the mismatch between New York's population and its available housing stock. The Making Room project is documented through video and creative assets on a dedicated website, and projects proposed by architects and public thinkers including Graham Hill (Treehugger), Jonathan Kirschenfeld, Deborah Gans, Peter Gluck/Terri Chiao and more. Watch a selection of the presentations at Making Room after the jump or read the full piece from The New York Times here.