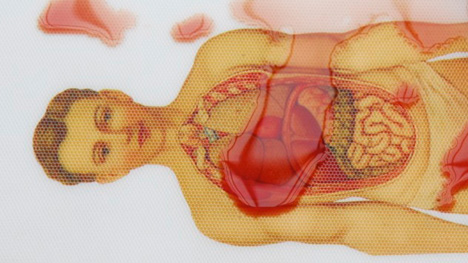 Born in Chile and raised in London, artist and designer Sebastián Errázuriz is now proud to call New York City home. He's reached the point where he can more or less support his fine art endeavors with equally clever commercial design projects. While we've seen at least one of his many designs before, Errázuriz is busier than ever these days, always chasing the next big idea in hopes of making it a reality. Here's a couple of the prolific provocateur's more recent projects: 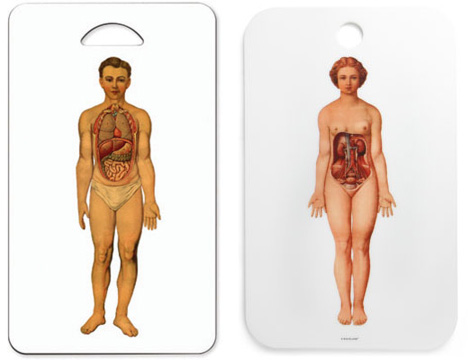 The "Husband" and "Better Half" chopping boards are simply standard plastic cutting boards that have been printed with anatomy graphics. Designed by Errázuriz for Kikkerland, they're in keeping with his mission to transform "consumer objects"—among other things—into reminders "of the fragility life; inviting people to look again at their daily routines and attempt to live life at its fullest." 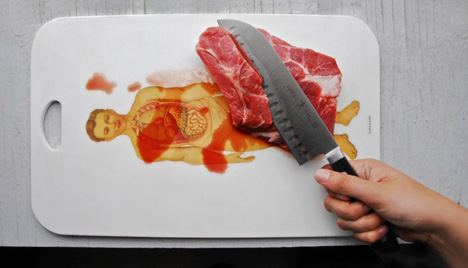 The cutting boards are inspired by traditional surgery and autopsy tables, though there's an obvious element of vicious vicarious vivisection. 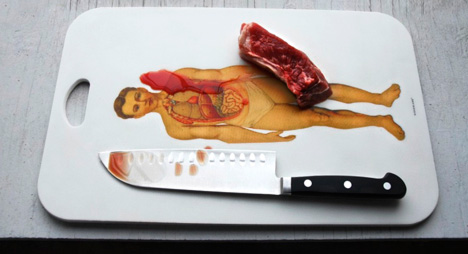 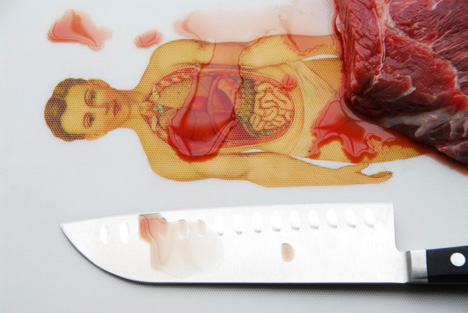 The other design is, to use the late Tobias Wong's felicitous phrasing, more "paraconceptual"... 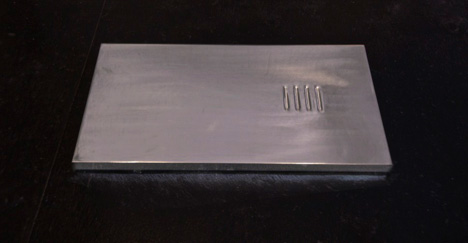 The full story:Watching friends carefully do lines of cocaine during a house party in New York; designer and artist Sebastián Errázuriz sipped away his whiskey and thought that what his friends were doing was totally wrong. While his friends continued partying, Sebastiaán Errázuriz retreated to a corner and started scribbling away notes.

The next party Errazuriz arrived with a gift he had designed for his friends. "I thought this might make the whole process a lot easier" he said while handing the first prototype of his stainless steel "Cocaine Slab." With four linear slots embedded in the steel, the new "Coke Slab" allowed the "user" to create four perfect cocaine lines by simply swiping the drug over the slots. His friend thanked him but laughed: "You can tell cocaine is not your thing Sebastián; these lines are way too fat... I'd go crazy if I did lines that size!"

With a little help from his friends, the Coke Slab design was perfected and is now a limited edition design/art piece and can be purchased at the Art and Design online store Grey Area. 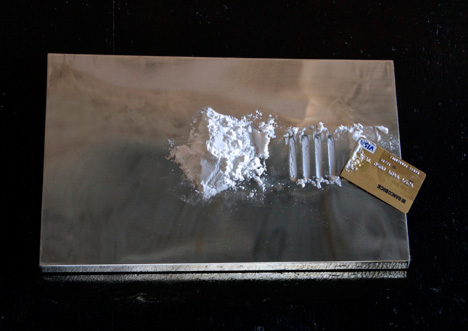 If there's an echo of Wong's gold spoon in "Coke Slab"—whose works are also available at Grey Area—Errázuriz remembers Tobi as a sort of partner-in-crime who consistently raised the bar for the current generation of emerging designers. 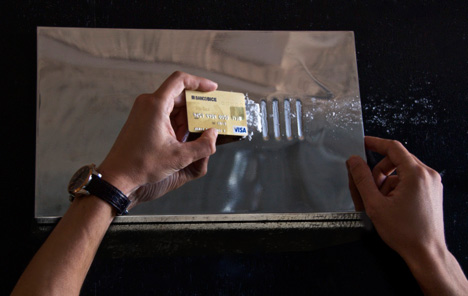