Things That Look Like Other Things: "American Standards" Lamp by Peter Bristol 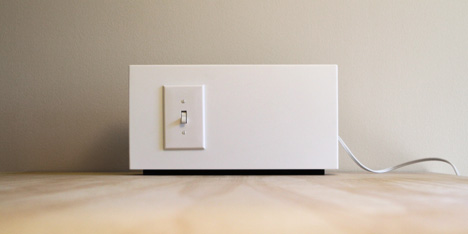 At risk of incurring the wrath of, say, Harri Koskinen, we've come across yet another lamp-that-looks-like-another-lamp. 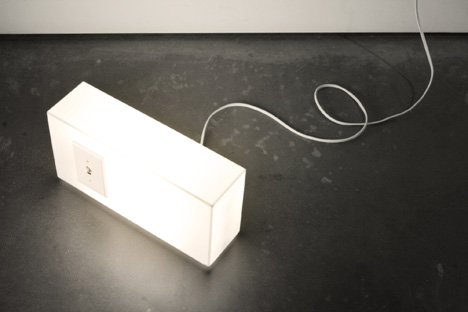 The name of designer Peter Bristol's latest lamp isn't a reference to the bathroom fixture company but the broader cultural phenomenon of standardization:For better or worse, construction materials, methods, and dimensions are quite homogenized in the United States. From the 2×4 wall studs to the cheap light switches, it seems that when building a wall, location is really the only decision left to make. The utilitarian relationship between these standard materials, dimensions and parts comes together to create a modern icon that is hidden in plain sight. By deriving its character directly from this set of rules, the American Standards Lamp's is instantly familiar and intuitive to use (for people living among these standards). Flipping on the American Standards Lamp is as routine as unlocking the door. The lamp creates diffused light and provides an accessible extra power outlet. 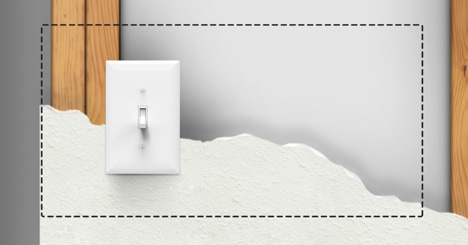 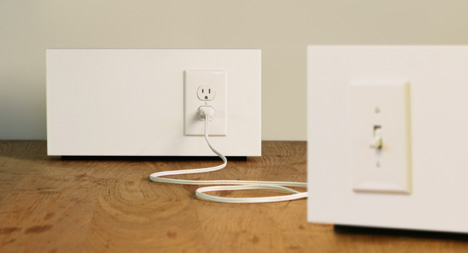 Given that it's essentially a block of light—based on a standard construction measurement, no less—I'm surprised that the product photography doesn't show several "American Standards" lamps stacked like bricks (insert bad pun about the 'lightest' material known to man). 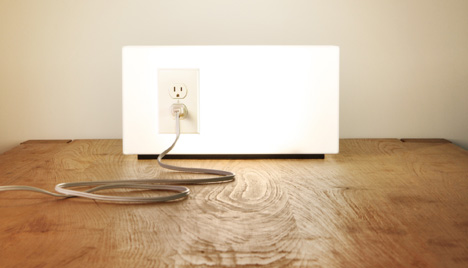 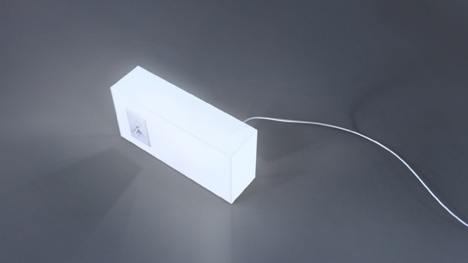 Still, it remains unclear as to whether the "American Standards" Lamp is intended to be a critique of its namesake, the form is compelling enough to stand on its own: it's something like a combination of the IKEA Grönö lamp and Tobias Wong's "On/Off" wireless remote switch... the "Grön/Öff," as it were. (That's two today... coincidence?) 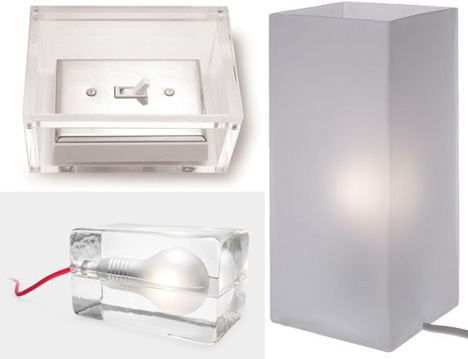 As with his "LED Shade Lamp," Bristol is seeking a manufacturer for the "American Standards" lamp. (We're happy to report that the "Cut Chair" has been funded.)

Things That Look Like Other Things: "American Standards" Lamp by Peter Bristol