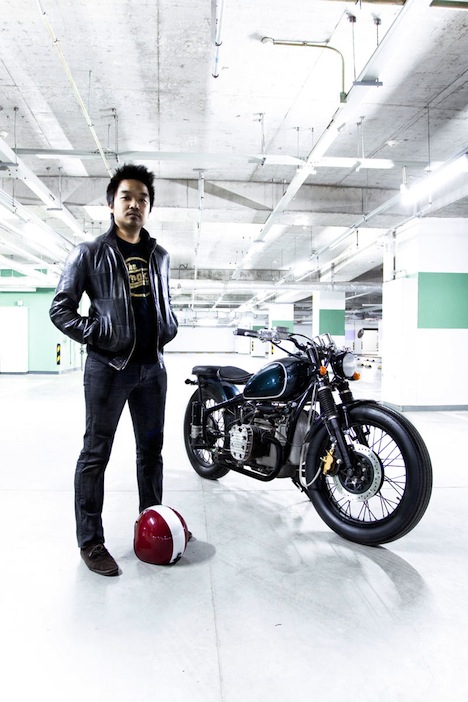 If the United States is the place for cars, Asia is definitely the place for motorcycles. Thailand sells double the number of bikes as the United States, but with only a quarter of the population. The story is similar around the rest of Southeast Asia, China and India. Surprising to me is the popularity of customizing. However, it isn't entirely what we North Americans are familiar with. The shops are usually 2-3 man garages with incredible craft skills: welding, sheet metal working, painting, pin stripping, air brushing, etc. Sadly, the designs are mostly copied directly from western magazines with an Asian motor (the Honda Boss 400cc being particularly popular) being substituted for convenience. 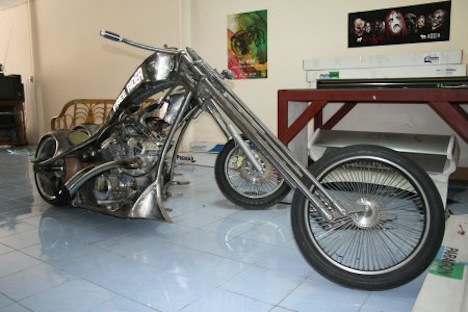 Bandit9 was started by Daryl Villenueva, a rabid motorcycle fan from the Philippines. He first started riding on the humble 50cc Honda Cub while living in Saigon. It wasn't long before he modified it: he simply painted the multi-colored bike white, giving it a sleeker and cleaner appearance.

Now living in Beijing, Daryl has found new inspiration. "Beijing is a wonderful place to own a motorcycle. On one block you see the futuristic, contemporary side of the city and on the next [block] you're in the epicenter of the hutongs—a labyrinth of narrow alleys surrounded by Beijing's traditional homes," he shares.

As a response to the lack of custom bike builders in Beijing, Villanova decided to open his own shop. Bandit9's first project starts with a Chang Jiang, a bike popular with the Chinese military. Like other communist era relics, it found its way to China via the 1956 Soviet IMZ M-72, which in turn, is an old BMW design, the R71 from 1938. It's heavy duty, solidly built with function before form. It's also unknown outside of China. 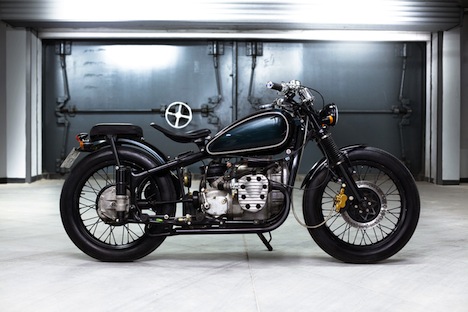 Bandit9 tries to build on this functional aesthetic by stripping the bike down and then tweaking the design to make it more muscular. On their first bike, named Loki, the process starts by slimlining the body: a custom slimmer gas tank with subtle pin stripping, new, smaller fenders that hug the tires closely and a lower seat. They also increase the performance by fitting bigger brakes and better suspension. Finally, the muffler is removed and the exhaust angle cut to give the motor a beastly growl. As he mentioned in an interview with Pipeburn, "One of the most important things for me is the roar of the bike - it sounds like an animal. What's cool about China is there are no noise regulations. I chopped off the muffler and reshaped the exhaust pipe to look like a bamboo shoot."I really like the design as it naturally mixes so many different inspirations. Starting with it's vintage foundations, the WWII military heritage is everywhere in the design. I keep expecting to see Steve McQueen standing next to it! However, the more I look at it, the more the attention to detail becomes apparent: the smaller headlight fit down lower than the handlebars, the careful fit of the fenders, the very subtle slimming of the tank. There is also just a hint of rat rod in how the engine castings were kept natural. The design embodies what Daryl told me about his process: "I build bikes like I create a sculpture. I have raw materials to begin with and I just start shaping it as I please. This organic method allows me to 'discover' the bike in the process. It's as if the bike designs itself." It only looks as if he changed what needed to be changed. 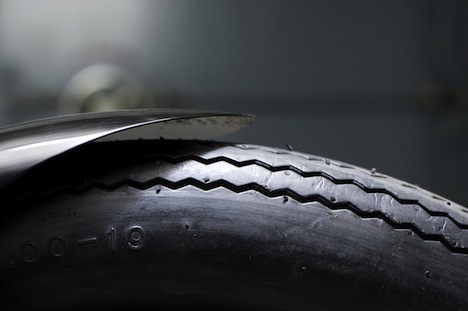 Something else that is refreshing to hear in transportation design is how important it is that all of these changes only add to the riding pleasure. As Daryl says, "The Bandits are meant to be driven. They're designed with the rider in mind."

Next up for Bandit9 is their release of a new bike named Magnus. Daryl hasn't given up any details, but stay tuned for an update soon!