Did you ever wonder what the "Command" symbol on a Mac keyboard actually symbolizes? Read on.

In the early 1980s computers were low resolution and icons were actually icons, as opposed to the miniature photographs they've become now. You had a small number of pixels with which to draw something representational, and it became an exercise in minimalist expression: How could you arrange a small series of dots to indicate concepts like cut-and-paste or a paintbrush fill? 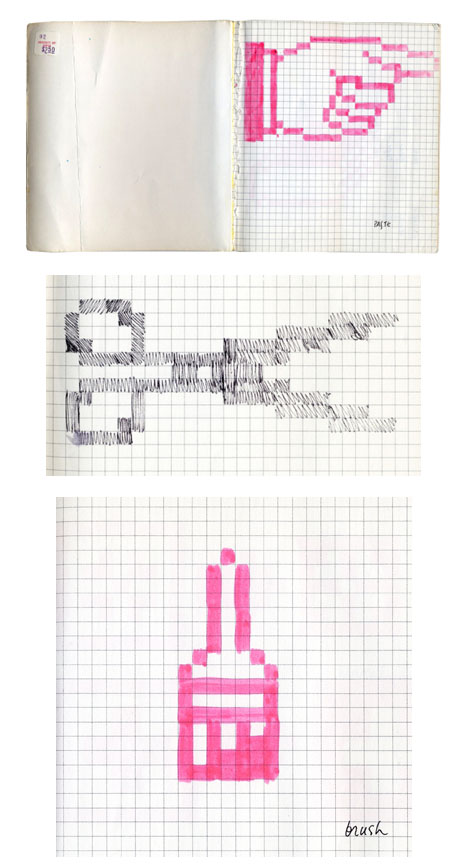 One of the pioneers in this field was Susan Kare, a graphic artist tasked with designing some of the Mac's very first icons and laying out some of the first fonts. Her story is the subject of this fascinating NeuroTribes article by writer Steve Silberman. (The article is also the source of the sketches shown here.)

Once software was developed that enabled Kare to start brainstorming digitally, she mined ideas from everywhere: Asian art history, the geeky gadgets and toys that festooned her teammates' cubicles, and the glyphs that Depression-era hobos chalked on walls to point the way to a sympathetic household. The symbol on every Apple command key to this day—a stylized castle seen from above—was commonly used in Swedish campgrounds to denote an interesting sightseeing destination.

Just in time for the holidays, Kare has also self-published a book, Susan Kare Icons, a 160-page collection of her favorite icons done from 1983 to 2011 alongside explanatory notes and zoomed-in shots of the pixel level of detail.