The Messy Art of Saving the World: From Band-Aids to Inclusive Banking 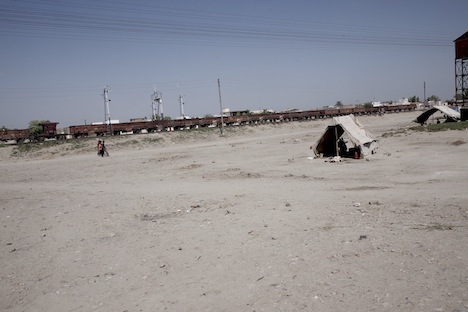 This is the third post in a 7-part series from Panthea Lee of service design consultancy, Reboot. In The Messy Art of Saving the World, Lee will explore the role of design in international development.

One year after the devastating Indus Valley floods, Reboot traveled to Pakistan in 2011 to design a better way to distribute humanitarian aid. The disaster had killed over 1,700 people and left over 20 million more homeless. When we arrived, the formal refugee camps and aid organizations had long since packed up and left, but millions of people were still camped out in makeshift shelters next to the piles of rubble that had once been their homes.

The international community pledged hundreds of millions of dollars in relief funding, but the majority of those we spoke with had gone without the aid they needed (some had never seen a dime). In order to create a better service model, we had to understand why.

What we uncovered was a strong example of how research and design can help the international development community not only solve pressing challenges, but discover and act on new opportunities. 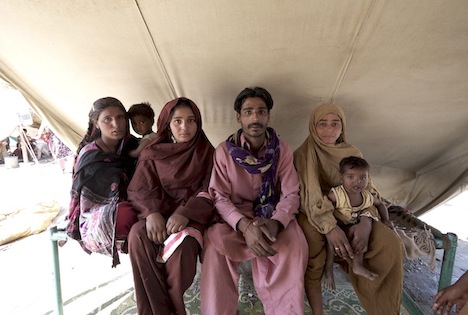 We had been tasked with improving an aid program run by a global coalition of public- and private-sector partners, who distributed emergency funds through preloaded debit cards. The results had been mixed. On one hand, the debit card method promised a fast, easy and secure way to get aid to the people who needed it. It was ambitious and life-saving: Over US $230 million was disbursed to families in need in the first 70 days alone.

But on the other hand, the program was complex, involved multiple actors and was enacted in rural locations with poor infrastructure. Breakdowns were inevitable. We spoke with flood victims who waited in line for entire days only to discover that the ATM machines had stopped working and that their families would go hungry for yet another night. Opportunistic officials demanded hefty "handling fees" from textually or technologically illiterate families who needed help retrieving their aid funds. Some people qualified for aid but were denied because of glitches in the system; we met one such man who had walked 16 hours to Islamabad to plead his case with the government, unsuccessfully.

United Bank Limited (UBL), a leading Pakistani bank which had spearheaded the relief program, engaged Reboot to address these challenges. From the beginning, we understood that the root cause of many shortcomings was a lack of understanding: Corporate executives in Karachi and government officials in Islamabad had little knowledge of the rural, poor Pakistanis receiving aid and the contexts in which they lived. Without this understanding, it was impossible to design or deploy an effective system. 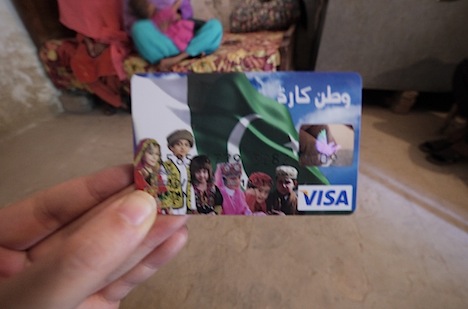 Thus, we began with an intensive design research process to better understand the flood victims—and the bank, too. (People don't talk enough about empathy for your client, but it's critical). We spoke with victims in 26 towns and villages, engaging with nearly 300 Pakistanis from all walks of life, from imams to street cleaners to loan sharks to vegetable merchants. Simultaneously, members of our team embedded within UBL to better understand its vision, needs and capacities. We spoke with staff of all levels and functional areas—everyone from the call center operators to the executives in charge—and we experienced first-hand how tough it is to run an aid program.By understanding both sides of the service equation, we were able to map users' needs and realities against the bank's capacities and goals, and identify key points of leverage. This allowed us to design several actionable solutions to immediately improve the service system.

For example: Because the aid distribution procedures were confusing (a result of the trial-by-fire approach to design that disasters necessitate) and corruptible (a result of a porous aid system with insufficient checks and balances), well-positioned individuals were able to charge hefty "handling fees" to retrieve funds. We designed a robust monitoring system—including "mystery shopper" checks—to prevent these exploitations. Although we didn't know it at the time, this and other improvements in the system design would prove critical in the disastrous floods that hit this past fall.

But through our research, we also uncovered a critical opportunity to improve poor Pakistanis' long-term livelihoods, not just their short-term relief needs. In interviews with flood victims, we were struck by the trust and reverence they placed in the physical card they used to collect their aid. The debit card was a literal lifeline; most beneficiaries kept theirs wrapped carefully in its original envelope, as if to preserve its powers. 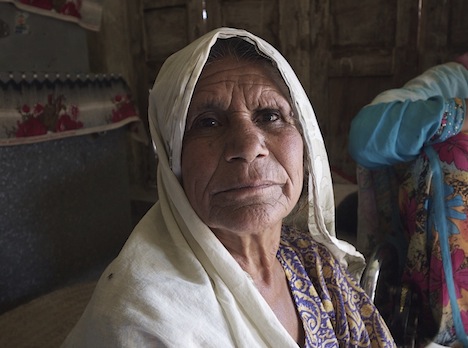 The significance of this practice was not lost on us: These cards represented the first "bank accounts" these people had ever had. Only 11 percent of Pakistanis have access to formal banking services. Poor Pakistanis, including the majority of flood victims, had no safe place to store their money; their life savings washed away with their mattresses. They didn't have access to insurance to protect themselves from disaster, and they didn't have access to reasonable loans to help them rebuild in the aftermath (they relied instead on loan sharks; 60 percent interest rates were not uncommon).

Exclusion from the formal financial system was part of what had made poor Pakistanis so vulnerable to disaster, and a large part of why they were still living on the edge of desperation a year later. While the aid program had saved lives, its real significance was that it had also introduced approximately 2 million families to banking services, which, if developed, could help them build more stable economic foundations and mitigate their exposure to future disasters.

We were in an ideal position to seize the opening: The bank already had a strong mobile banking platform—a revolutionary feature for rural populations who either did not have banks nearby, or, being illiterate and often poorly clothed, were too intimidated to actually enter one. Working with UBL, we expanded our remit, to advance equal access to security and opportunity for Pakistan's poor. 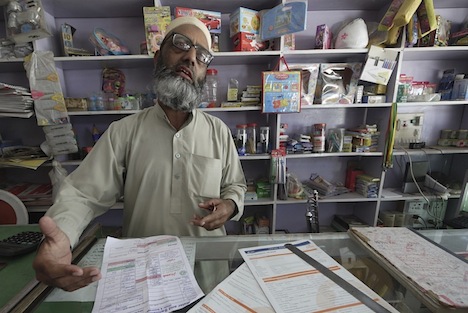 We did this in several ways. We found, for example, that current market messages about banking were divorced from the realities of Pakistan's poor. The security of a savings account was not obvious to people who didn't have the luxury of saving for a rainy day. A large part of our financial inclusion efforts were focused on creating a new education campaign for the poor, which reframed the bank's offerings to demonstrate realistic applications—such as saving for a daughter's wedding.

As the bank was relatively inexperienced in serving certain customer segments (namely, those rural, poor and female), we brokered conversations with several potential partners with established trust among these demographics. Leveraging the experience and trust of these groups would allow the bank to excel in these new markets; we developed several partnerships modalities, from basic knowledge-transfer schemes to collaborative product development models.

In a nutshell, we made a business case for the bank to serve low-income users, and we developed ways to help them do so. The result? Millions of people were no longer just helpless victims in need of aid. The bank moved beyond a (commendable, but unsustainable) corporate responsibility initiative, and opened up a new business growth area. Through robust research and design, we changed the way the banking sector understood and served the most marginalized of Pakistan's population.

The Messy Art of Saving the World: From Band-Aids to Inclusive Banking