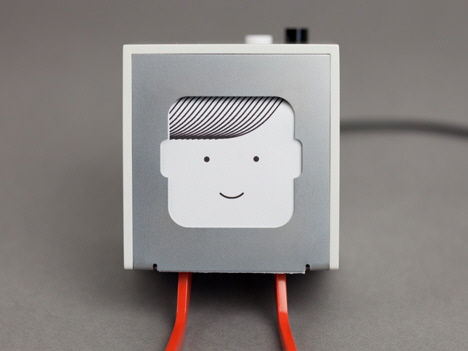 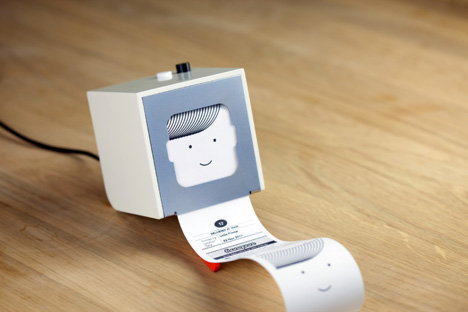 The Interwebosphere has been abuzz with news about the very device that may spell—or rather, print—its unmaking: earlier this week, London-based design consultancy Berg unveiled their latest innovation, the Little Printer. The desktop device is roughly the size of a cube of Post-It notes, configured to produce a receipt-sized analogue for a newspaper featuring personalized content culled from the otherwise never-ending newsfeeds that all but define the Information Age.Little Printer lives in your front room and scours the Web on your behalf, assembling the content you care about into designed deliveries a couple of times a day. You configure Little Printer from your phone, and there's some great content to choose from—it's what Little Printer delivers that makes it really special.

In other words, Berg has taken the burgeoning, buzzword-y, possibly made-up notion of 'content curation' to the next level with the Little Printer, which produces a personalized physical document—at once one-of-a-kind and patently disposable—on a twice-daily publishing schedule. The excellent video is set to hit a million views (with your help) within a week of going live:

Of course, the real—in every sense of the word—appeal of the Little Printer lies in the tactility of its output, which transmogrifies two-finger scrolling into a good old-fashioned scroll, of sorts, an escrow in the original sense. It's not so much that we've been desensitized by touchscreens; rather, we're accustomed to them, and the effect of seeing content that is commonly presented under glass (literally) writ small is charming, if not altogether refreshing. Hence, Berg's characterization of the Little Printer as "more like a family member or a colleague than a tool." 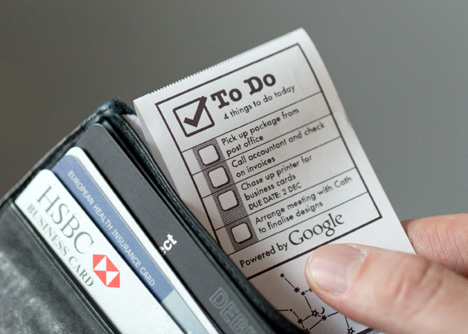 Before you ask, it's scheduled to launch in 2012; more on the tech and an exclusive Q&A with Berg Principal Matt Webb after the jump... 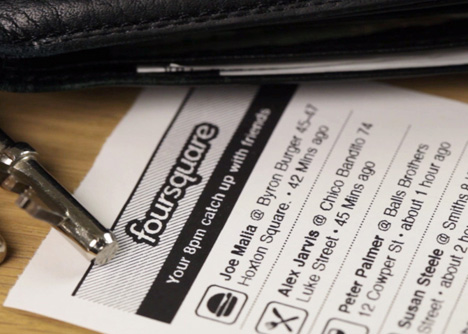 Little Printer's brain isn't on a chip in its body, but on the Web where it can reach out and touch other Web-enabled services, and where we can provide updates and improvements without you having to install anything.

In your front room, Little Printer wirelessly connects (with no configuration) to a small box that plugs into your broadband router. It's this same box that will enable our other planned products in the BERG Cloud family. There's no PC required, your phone is your remote control. 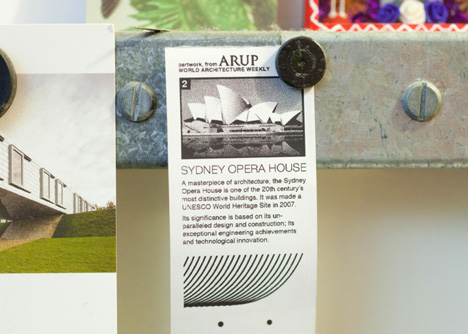 Thus, the Little Printer is quite literally the face of the company's other, more abstract product announcement, the first manifestation—or ambassador, perhaps—of the BERG Cloud:We think of BERG Cloud as the nervous system for connected products. It's built to run at scale, and could as easily operate the Web-enabled signage of a city block, as the playful home electronics of the future. Not to mention the smart product prototypes that we work with our clients on, in the other side of our design studio.

This is precisely the beauty of the Little Printer: it creates something concrete from otherwise nebulous computing activity. The ticker is a pleasantly diverting approach to translating digital media to Real Life—I'd even go so far as to suggest that the Little Printer emit typewriter clicks as its inkless thermal printer chugs away at downloaded headlines. 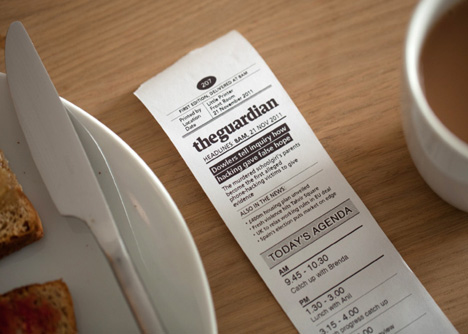 And to the point about wasting paper: frankly, I'd rather have paperless receipts and personalized newspapers than vice versa. Which is not to say that the Little Printer will somehow upend the Point-of-Purchase category, but that there are far more wasteful activities that we indulge in on a daily basis. 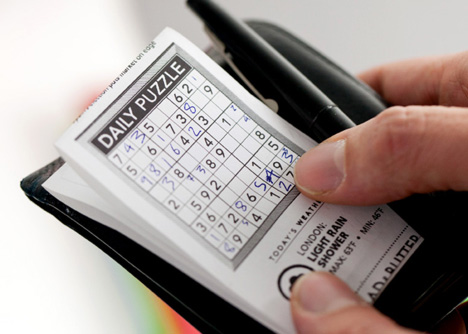 Which is a long way of saying that I can't wait until I hear more updates from Berg and Little Printer... via a Little Printer of my very own. As someone who prefers Post-It notes to Stickies and doodling to Angry Birds, my only plaint is that it's not wide enough to adequately reproduce a crossword puzzle, reason enough for the Medium Printer. (Who knows? Maybe they'll join forces with Mint Digital, whose speculative feed-to-IRL device debuted just a month ago, to produce some kind of scratch-n-sniff printer in the near future...) 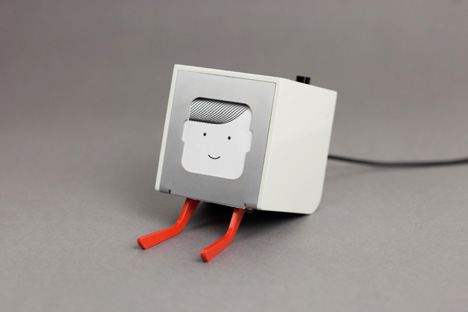 The Q&A, as promised, with Berg's Matt Webb:

Core77: The Little Printer is a fascinating concept, not least because its formatting seems to be influenced by smartphone displays. What was the inspiration for the Little Printer?

Matt Webb: Little Printer is at the meeting point of many of our interests. One is media, and the characterful voice it has in people's lives. You can see this in BERG's collaboration with Dentsu London, Incidental Media. A second interest is the home, and the difference is makes when technology is designed for that special social place.

Another long-standing interest is Web-connected products and, as a studio, we are constantly experimenting with all these interests. We have a culture of "thinking through making"—or, to put it another way, it's when you get your hands dirty that the invention happens.

But invention doesn't always happen in a straight line. One of our earliest concepts was to think of the printer as a social letterbox—what if your friends and family could control your printer, instead of you?

The "social letterbox" concept didn't pan out. But Little Printer, a similar idea, emerged years later through sketches, experiments, and conversations, when different strands in design, technology, product and platform all came into alignment. 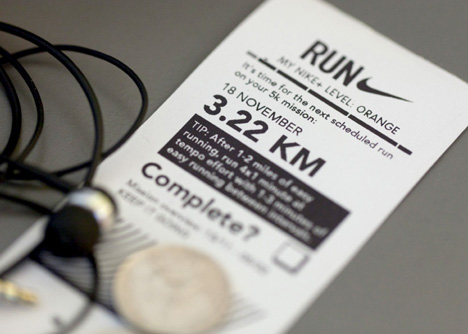 I know you're working with partners such as Arup, foursquare, Google, the Guardian and Nike to create "custom publications." I'm curious to see the results—and whether you see the Little Printer as an entirely new medium, somewhere between an RSS feed and a traditional broadsheet, or something else entirely?

We live in an exciting era for media. It used to be a new medium came along one a generation—newspapers, the telephone, radio, television. But now it seems like there are ten thousand new media. YouTube is so different from Facebook, even though both are social sites on the Web.

Our work with our partners will help us discover what kind of medium Little Printer is. We have intuitions, partly instincts and partly because we've been designing for and living with Little Printer for a number of months. But new perspectives will be valuable.

Our sense is that there will have to be a focus on density—because printing on paper flags any content as valuable—which means the publications themselves will have to take on a more active editorial role. That puts it closer to a broadsheet than, say, Twitter, where the volume of updates is the value of the service. But because of the personalization and Web-connectedness, there's the opportunity for services, not just content, and that feels more like apps.

Skeptics might dismiss the device as a novelty; what makes you confident that the Little Printer will ultimately outlive these criticisms?

Novelty can be a good attribute because it makes complex technology, such a Web-connected products in the front room, more easily understood. But there has to be ongoing delight and utility—which I believe Little Printer has, in part because the publications help it fit in so well. I can't help doing the puzzle whenever it is delivered, and the recipe ideas, the to do list, and the running coach are personal favorites that I can't wait to get into people's hands. 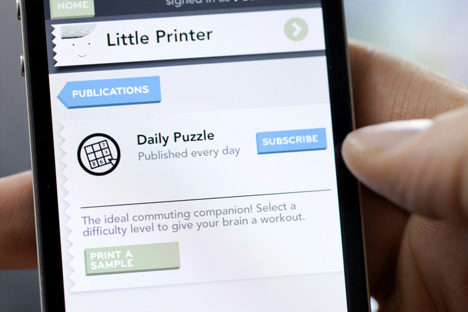 The Little Printer is clearly the first of what will be many projects and products in the BERG Cloud ecosystem. Any hints as to what we can expect in the future?

We've made no secret of Little Printer being the first of our planned family of products for the home, all building on the technology of BERG Cloud. And some aspects will be the same: design, inventive technology, and delight.

But BERG Cloud is applicable outside the home too. We've created a technology that could let us prototype a connected office building or, maybe with partners, develop products for hard-to-wire places like factories. BERG Cloud is a nervous system that spans physical products to the cloud, and we're looking forward to exploring the possibilities.