This week's edition of Flotspotting is a slick e-bike concept by Stefan Reichert, a German industrial design student who is six short months from completing his degree at the University of Wuppertal. Reichert recently worked with his classmates Sven Schulte-Tillmann and Arina Nechaeva on "E-Motion," a concept bike for German fitness & leisure company Kettler.Developed to create a new way to make electric bikes more appealing and usable for younger people and getting rid of the stigma that an e-bike is made for old or handicapped, the e-motion electric bike concept was designed in an cooperation project with the German bike brand KETTLER at the University of Wuppertal. 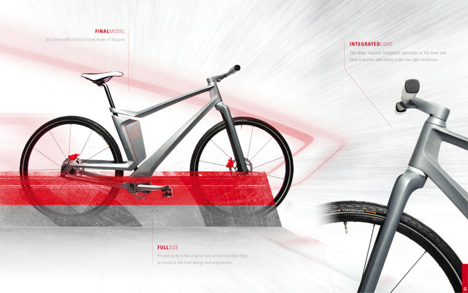 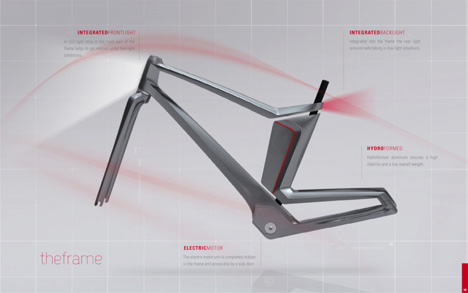 You'll have to click through to his portfolio to read the text in the full-size images, but notable features include: - Motor is integrated into bottom bracket shell - Removable battery pack, which attaches discreetly along the downtube. - Controls built into handlebars - 8-speed internally geared hub - Integrated front & rear lights 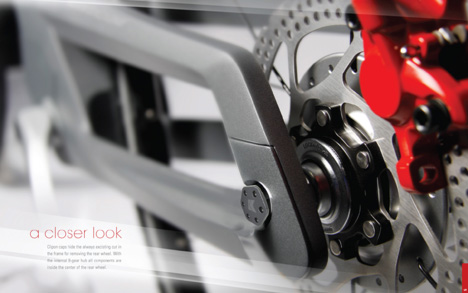 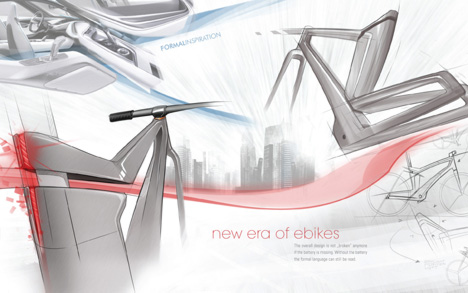 Reichert & co.'s e-bike concept is certainly a worthy competitor to IDEO × Rock Lobster's "Faraday"... assuming either of them go into production. 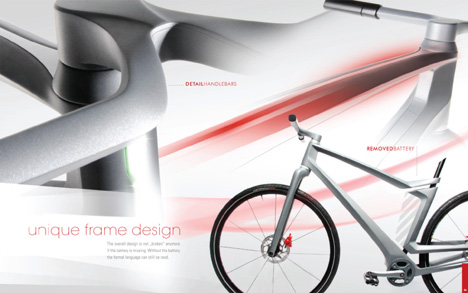 Tony Pereira's eye-catching take on the electric bicycle remains in a class of its own, not least for garnering "Best in Show" at the Oregon Manifest this year. He went so far as to declare that 2012 would be the year of the electric bike, a sentiment echoed by the judges, and the "E-Motion" concept is only further evidence of this trend... 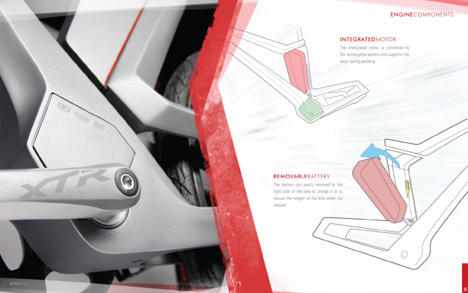 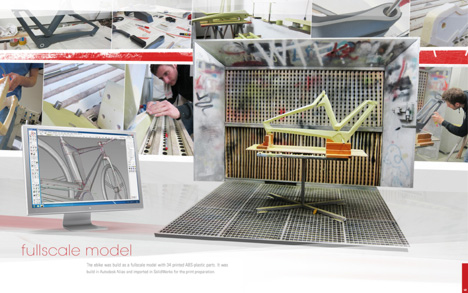 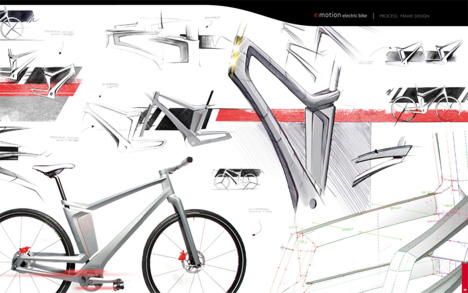