First things first: I've always been a bit put off by Vibram FiveFingers, the form-fitting, toe-splitting footwear that's intended to approximate bare feet. And by "a bit put off," I mean that I find them borderline criminal. 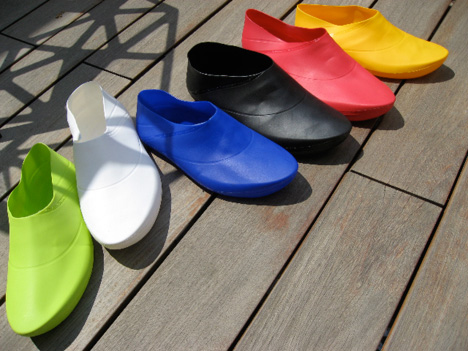 That said, I'm intrigued by a new offering from a Spanish company called 01M OneMoment, who recently launched their flagship product, a slip-on shoe that is intended to challenge Vibram's monopoly—or pentaphalangy, if you will—on the quasi-barefoot market. It's essentially an ultralightweight latex sock that is distinct from other footwear—five-fingered or otherwise—not only in terms of its appearance but also for its conceptual and technical approach. 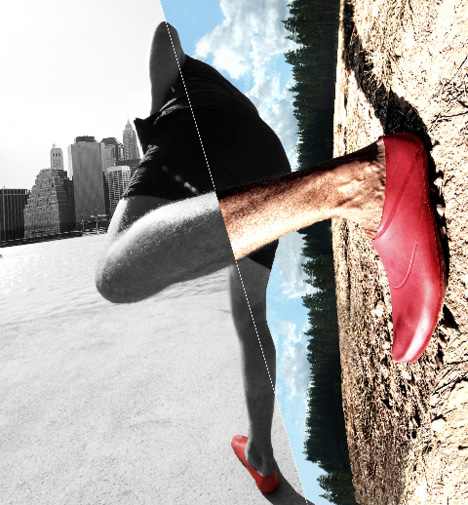 01M OneMoment was originally inspired by native Amazonians, "who painted their feet soles with natural latex, obtained on the Hevea trees," as a natural "shoe" that eventually wears off and degrades into the environment. Their shoe comes in at just 1mm thick for the upper and 2mm for the sole, "at least 3mm less than the traditional shoe, which allows for "higher comfort, skin tight feeling and correct breathing all at the same time." 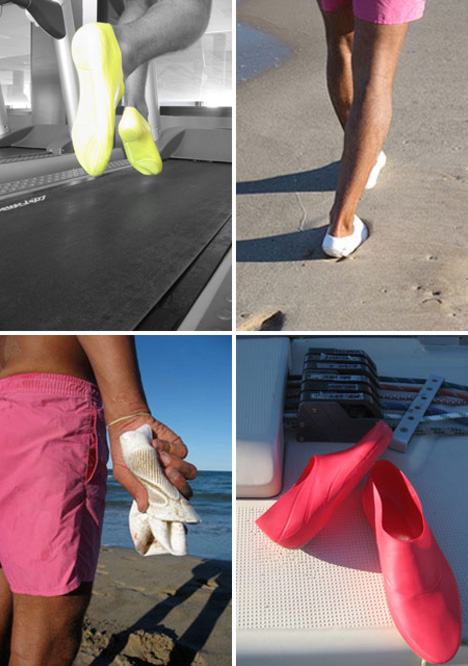 This shoe has been purportedly been years in the making, the brainchild of a "multidisciplinary team of architects, product designers, shoemakers and podologists." The major breakthrough lies in the materials itself, which is molded in a carbon-compensated polymer-injection process (in Spain):01M collection is developed from state of the art high-tech materials as biodegradable plastics, and extremely innovative production techniques, brought from other fields not related to the shoe industry, giving the product high resistance level, elasticity and environmental respect. 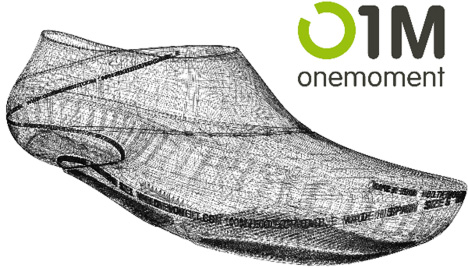 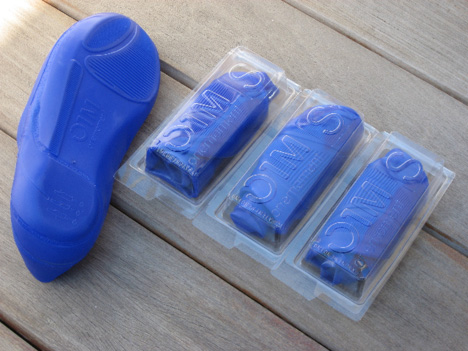 Moreover, 01M reaffirms their commitment to environmentalism with the packaging, which is "made from vegetal origin polymers, fossil organic matter, natural fiber and recycled cardboard." 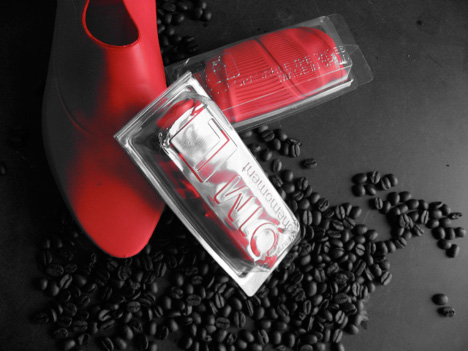 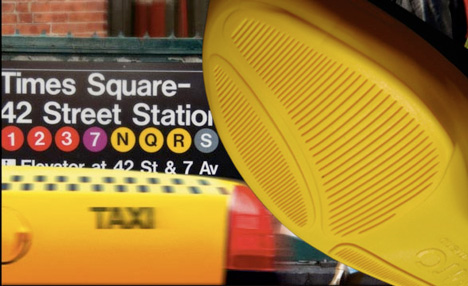 However, perhaps the most salient feature of the product is the pricepoint: at just 10€ a pair, 01M OneMoment shoes come in at a fraction of the price of most lightweight or otherwise tech-y footwear... in fact, they're priced to compete with socks or flip-flops... 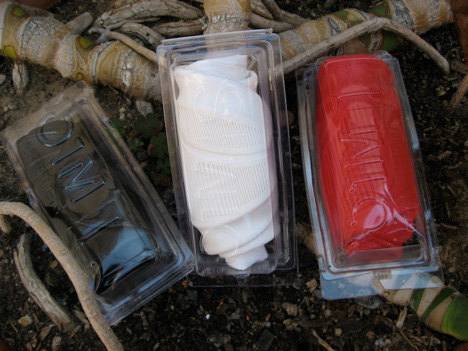 Still, I can't help but wonder if the shoes will begin to biodegrade after prolonged use... Anyone tried them yet?