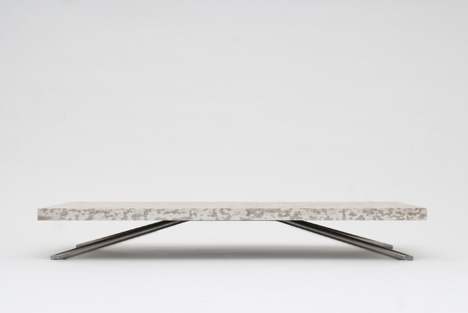 Thom Fougere is a Winnipeg-based designer who recently unveiled a pair of new table designs that will be be debuting at IDS12 in Toronto next month. The "Tyndall Table," in particular, caught my eye: it's a low-profile coffee table that takes its name from its material, "locally-quarried Manitoba Tyndall stone." Fougere notes that it's "not found anywhere else in the world—except 20 km from my studio," and that "Tyndall stone is commonplace amongst the Canadian prairies, and is an historic building material embodying a certain vernacular of prairie architecture and building practices." 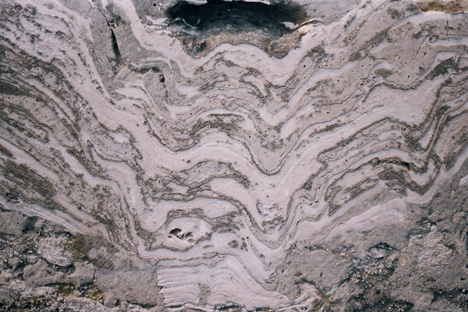 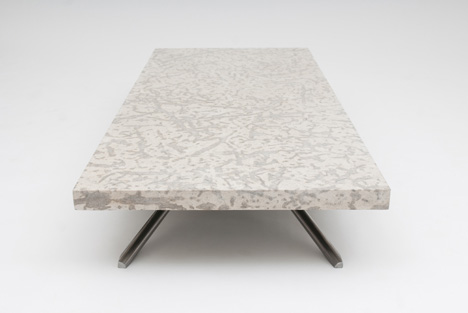 According to Wikipedia, the distinct lacing of the stone is actually evidence of where marine creatures burrowed into the lighter-gray limestone; the darker mottling is composed of dolomite. The contrast is quite beautiful indeed, though I must admit that I was immediately struck not by the geological phenomenon itself (revealed through further research) but by its resemblance to Nike's iconic "cement" pattern. 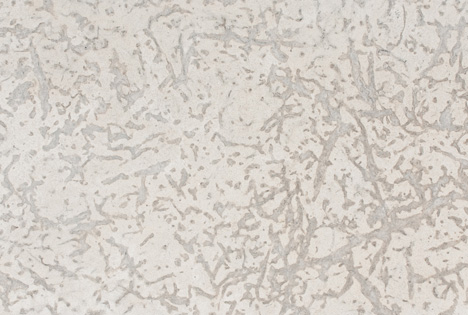 For his part, Fougere is concerned with the 'memory' of a surface as it develops a patina during its lifetime:Taking cues from the topography of Canadian prairies, the top is planed relatively smooth allowing the stone to retain its unique character. Left unfinished, substances and casual wear will slowly degrade the stone top, exposing fossil fragments and revealing layers of stories embedded within the material. Over time the accumulation of puddled water marks, a splash of wine and scribbles of past dreams will meld into the material's already varied past—creating a nostalgic condition. 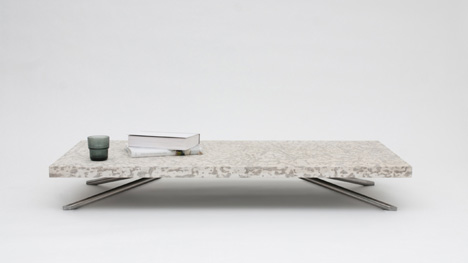 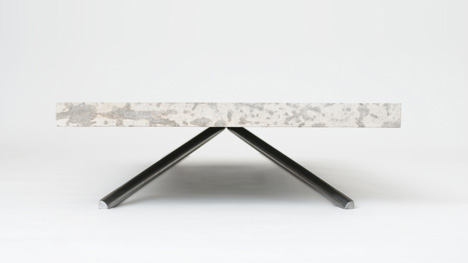 The 3.8 cm (1.5”) thick tabletop weighs 68kg (150 lbs), yet it "appears to float upon its thin supporting steel structure," a neat trick that the designer achieved by cutting the steel tubes at ultra-precise acute angles: "The connection was made possible be a state of the art steel tube bending and cutting machine. The excess steel tube was essentially cut precisely to fold in on itself to create a clean ending to the tube." 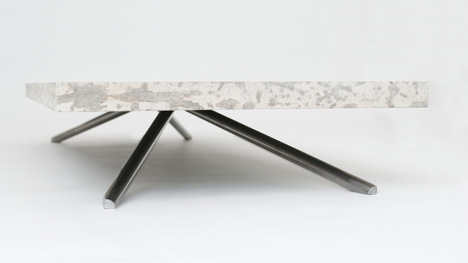 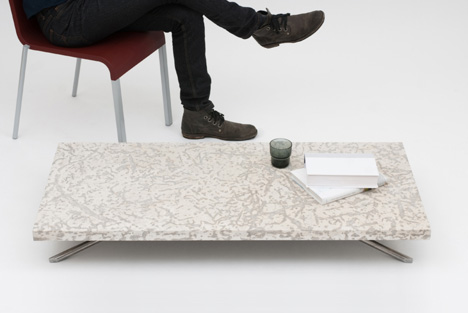 The second piece, which will also be on view at IDS12, is perfectly functional, though rather lacking in terms of a narrative. Still, the "Steel Wood Table" is worth a look, as are Fougere's product designs. 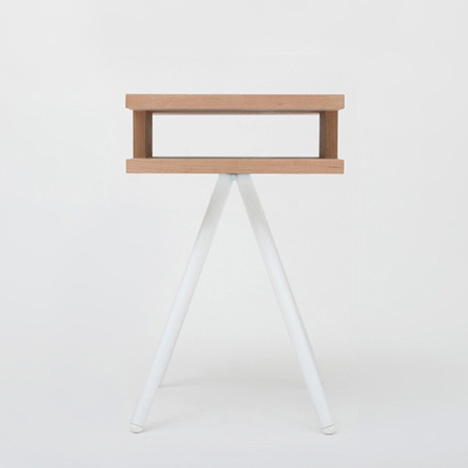