The T-Shirt Issue Gets Back to (the Future of) Basics

The T-Shirt Issue is a Berlin-based interdisciplinary design collective that have de- and reconstructed the quintessential article of clothing, that which gives them their name and purpose. While we had a first glimpse at some of their experimental "non-basics" at Dutch Design Week, the T-Shirt Issue is also looking to launch a line of reimagined tees through a Kickstarter campaign. 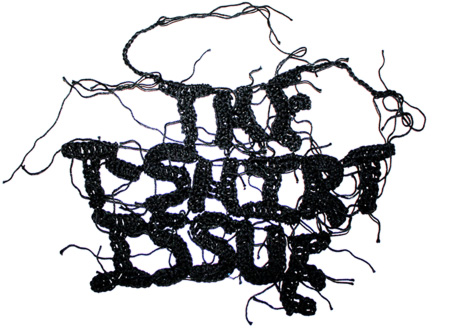 The issue is twofold: firstly, "the T-shirt is one of the most personal pieces of clothing, yet with their current mass market treatment, they offer the wearer little individuality." Second, and more importantly to the young Berliners, is that "no matter what cosmetic alterations you apply to the T, the shirt remains the same... a four piece pattern that has remained unchanged since it's birth in the 19th century." 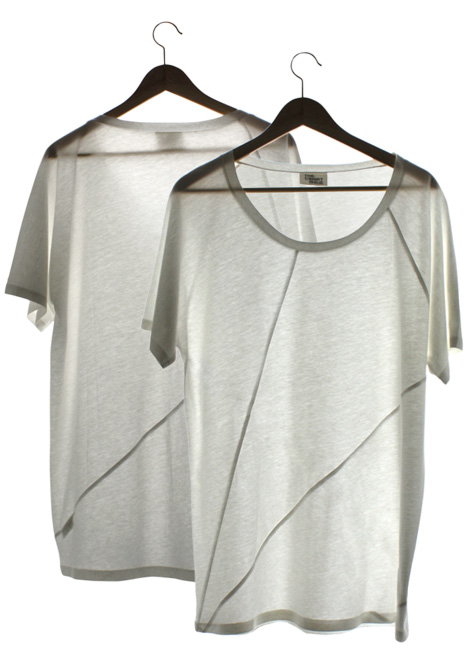 Thus, the designers of TSI use 3D modeling software to explore the infinite variations of shapes (or cuts) of fabric that can be folded and sewn into a standard t-shirt.After more than 100 years of uniform T-shirts, we have managed to break the code and have started to construct basic apparel from the core... T-Shirt patterns are placed and reconstructed in 3D space. Using basic geometry, an endless amount of unique patterns can be generated that create their own signature in the form of seam lines.

Unlike the seams on common shirts—restricted to the shoulders and sides—our seams run freely over the entire surface of the fabric and can be altered to any position and degree of complexity without losing the fit. 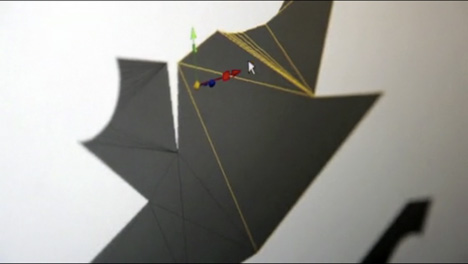 In other words, the T-Shirt Issue is suggesting that the locations of the seams of a T-shirt are largely incidental and that there is potential to "redefine the aesthetics of all things jersey." 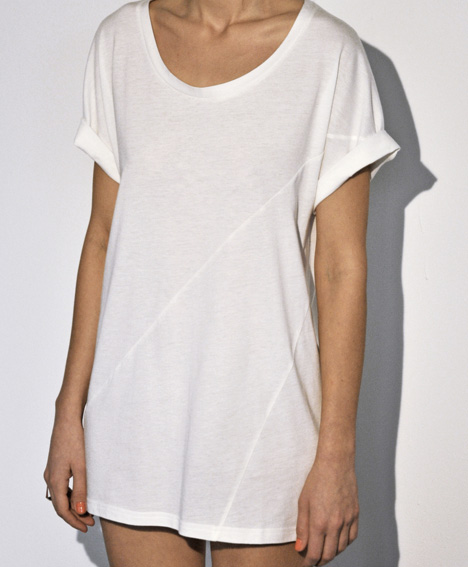 If the concept doesn't seam particularly radical, it certainly makes for a different, more material approach to fashion—i.e., they've questioned the very matter of clothing design as a means of achieving a form that is literally anthropomorphic. The video is a fairly straightforward presentation of the concept:

"Mathematical laws" and "Man-Years" aside, the T-Shirt Issue has cleverly split the tee at the seams: it ain't splitting the atom, but it's a fascinating notion nonetheless. 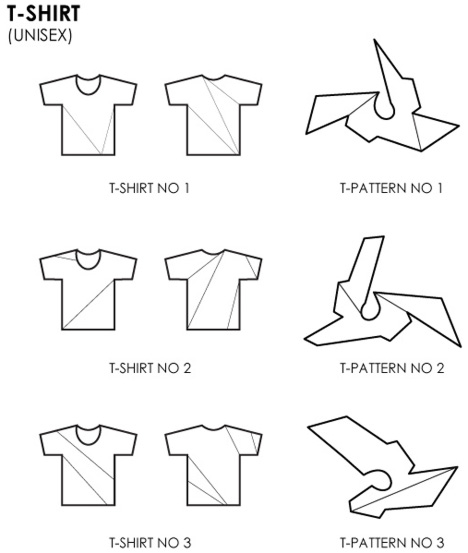 As for the ever-looming issue of sourcing and waste, the clothing is produced at a small factory in Poland, and the T-Shirt Issue is mindful of optimizing fabric:Digitally dissecting and reducing clothing design to its basic building blocks opens a dimension in which clothing can be rebuilt and customized into any shape imaginable. This geometric approach furthermore enables the optimization of the use of fabric to a zero-waste level. 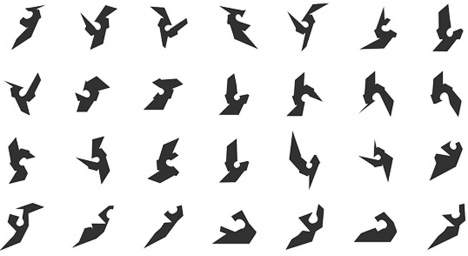 I, for one, would like to see the jagged, tangram-like forms embellished with patterns, such as stripes or a simple gradient: this might serve to enhance the visual effect of the unorthodox (yet otherwise inconspicuous) seams as the 2D pattern is mapped onto a 3D form.

For now, the T-Shirt Issue has been exploring the formal aspects of the the tee in a monochromatic palette. 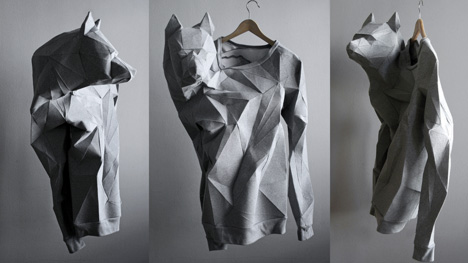 The wolf—"No. 419"—is the result of the T-Shirt Issue's initial foray into using a shirt itself as a means of expression, a project called "Digital Portraits":Three people are portrayed digitally by scanning their bodies. The output of this scan is a 3D file, of which the resolution is defined by the amount of polygons—similar to pixels in a bitmap graphic. Linked with biographical memories, a digital twin of the body is created, extending the garment a formal-poetic character.

The 3D data is turned into 2D sewing patterns by using the unfolding function, which is a common tool used for paper models. The fabric and the inner interface, which defines the edges, are cut out with a laser cutter. Using strictly jersey as fabric, the perceived complexity of the garments is reduced to an approachable and basic level.

Their second 'advanced' (i.e. non-basic) project is called "Muybridge:The Muybridge installation is a study set out to capture temporal change in 3D.

A three-step sequence of a bird spreading its wings is reconstructed and sculpted into T-Shirts. As the change in the wings' position is a function of time, each wing's plumage is reduced to polygonal form, modeled and rigged into successive arrangements to portray the spreading motion. 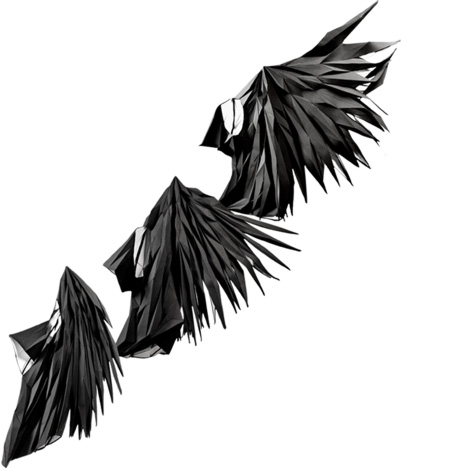 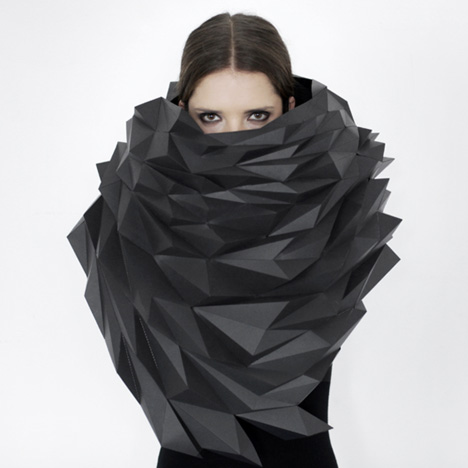 The T-Shirt Issue Gets Back to (the Future of) Basics