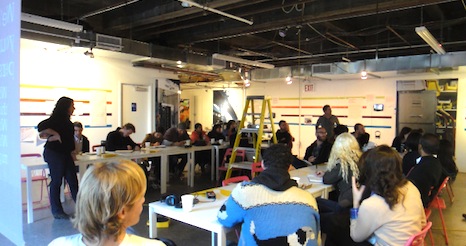 Design beyond design—products, garments, buildings, graphics, interfaces, things—has a perpetual image problem. The kind of service systems facilitated by co-designing in contexts of social issues don't photograph well. In the absence of shots of people rearranging fluoro post-it notes, social design must try to tell compelling stories. But, as was pointed out at the Winterhouse Symposium at the end of this past summer, the practice of social design now needs critical and conceptual clarity.

Social design is an absurd term that nonetheless circulates widely. It is absurd because it assumes that there is such a thing as asocial design. While there certainly is a lot of antisocial design (designs that do social harm to their producers or waste receivers, and sometimes even their users), the fact that any successful design is going be used by people makes it inherently social. This is why designers are constantly being lectured by 'design thinkers' to spend as much time studying people practicing everyday life in their natural (built) environments as designers usually spend crafting materials in blessed isolation.

When it tries to refer to a particular kind of designing, social design seems to refer to four distinct kinds of projects:

Design for/with the Other 90% Thanks to the prominence of the recent Cooper Hewitt exhibitions (given added resonance for Occupy Wall Street's use of percentages), there is a recognition that it tends to be only the wealthy who can commission designers to solve their problems—most of which are variations on 'how can you make me another X that can make me more money.' As a result, design work that focuses on non-commercial projects, or that services stakeholders who ordinarily do not have access to design expertise, tends to get called 'social design.' These could be underprivileged communities in developed nations, or communities in emerging economies. 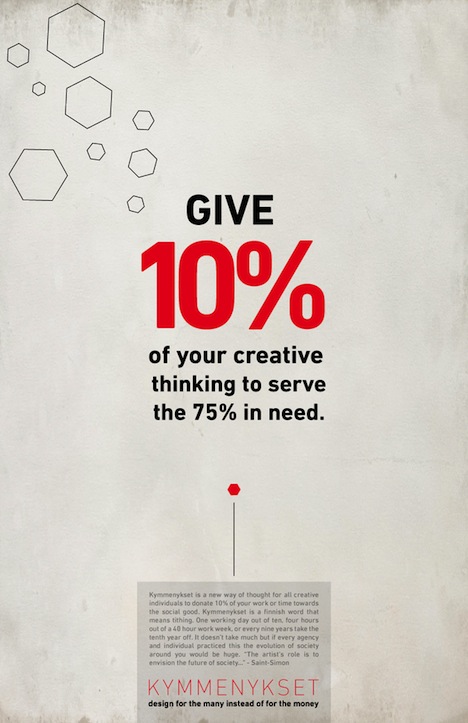 Directing designers to these kinds of projects is not recent. To some extent its heyday was in the era of Alternative Technology after the '70s Oil Crisis and developing economy inflation and defaults. Think of Victor Papanek's promotion of the tithe: 10% of a designer's time should be dedicated to social problems for which there are not yet paying clients (though as tweeters at the AIGA Pivot conference cheered, pro bono does not mean 'for free,' but 'for good'—if only you could find some cause marketing corporate sponsor). The politics of these projects are necessarily difficult: Ivan Illich has reminded us of that, as well as the debate last year surrounding Bruce Nussbaum's comments on design imperialism, to the shift that Cooper Hewitt felt was needed for the title of its sequel exhibition (presumably "Design BY the Other" will be the 3rd installment?). These kinds of social design projects tend to involve product or architectural designs, sometimes extending to systems: water carrying devices, modular emergency shelters, etc.Design Nudging Thanks to the perpetual non-starter that is sustainability, but also the older practices of community health and preventive health, there is a recognition that much of the societal change now needed, by individuals and communities, is not going to be delivered by new technologies that let people live in more or less the same ways. Rather, people need to learn to live differently. Design can play two roles in this regard. Firstly, it can be extraordinarily good at informing, educating, or as Jon Kolko powerfully described in Core77 recently, sense-making. However, the modern condition for us humans is often what Aristotle called akrasia, weakness of the will. In many areas, our awareness has been raised, we know 'the good,' but we don't get around to doing it. In those cases, design, especially the sort grounded in rich social research of the practice of everyday life, can innovate the sorts of things, or systems, that make making change in our lifestyles, communities or workplaces easier, more enjoyable or productive. Careful design of choice architecture defaults can help us institute the sorts of new habits that lead to durable social change. 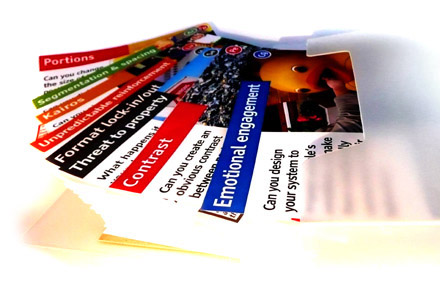 Again, the politics of this sort of designing are convoluted: If people understand what needs to be done but won't do it, should design be tricking them into doing it? Will behaviors stick if nudges were needed to supplement insufficient commitment? The politics become stark when there is an overlap between this kind of design nudging and the previous form of social design for the less privileged. Nevertheless, there are many successful examples of this kind of social design, not only creating the products and communications, but often the services and social systems, that help people to live healthier or greener lives; from healthy eating apps to Wattson, a home energy consumption monitor.

Co-Designed Social Solutions The two previous kinds of social design tend to involve designer-led creative problem-solving. The designer might do social research, and might test resulting ideas in the communities toward which they are directed, but the ideas themselves are generated primarily by the designer. Heightened sensitivity to the particularities of the communities impacted by social problems and solutions has promoted the idea that designers should work more closely with those communities in the ideation phase as well. Participatory design, again, is not new, having been developed as a process in relation to architecture more than 2 decades ago. But there has been a resurgence of participatory design in relation to interaction design, and it has moved into a different context through crowd-sourcing.

Different again, but very important in relation to social innovation-based design is when the communities facing social problems innovate their own solutions. The role of the designer is then one of making existing lay designs more robust (by making them more efficient, convenient and/or elegant; sometimes also more financially sustainable), and either scaling them up for larger application or translating them for replication in other contexts. Again, the politics of these 'amplifications' can be complicated, as one particular people's ideas are 'industrialized' by being redesigned for others to adopt.

Design-Enabled Social Innovation In the three previous kinds of social design, there is a pre-existing social problem. However, innovation, as opposed to problem solving, often involves developing better ways of living where they were not yet being demanded. In retrospect those innovations appear to solve a problem that was just not yet adequately recognized. Humans have an incredible ability to cope with problematic situations by denying their existence. It sometimes takes an entrepreneur to reveal a problem by developing a solution. In other domains, the problem is large and not yet well-defined, like sustainability. In these contexts, social design refers to the design, less of solutions than, alternatives. It involves: 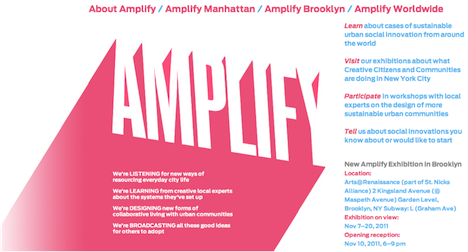 The Amplifying Creative Communities project, following the DESIS model, focuses on the last two kinds of social design. It listens to, observes and works with communities to:

What Amplifying Creative Communities has not done so much is the first kind of social design listed above, Design for/with the Other 90%, because the communities that it has worked with over the last 2 years have a mix of demographics that do not usually self-identify as the other 90%; but moreso because the work has not being about problem-solving so much as solution-finding and then promotions of those enhanced-solutions. Because the focus has been on participatory innovation discovery and enhancement, the work has not been about Design Nudging, either. In my next piece, I will explore the broad range of activities of Amplifying Creative Communities and how these activities might be clarified through the lens of social system design.