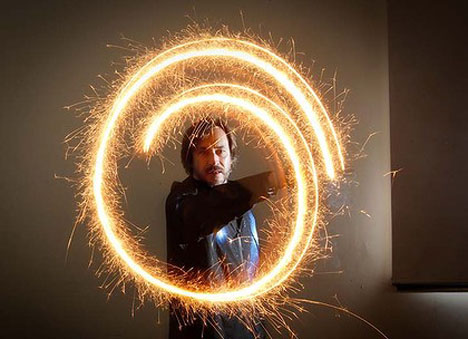 The Australian press is abuzz with news that native son Marc Newson will be designing the New Year's Eve festivities for the city of Sydney, where Core77's own Glen Jackson Taylor might be from. "I work in such a broad range of industries, I'm always attracted to things I've never done - and perhaps will never do again," Newson told the Sydney Morning Herald.

New Year's Eve has never been ''designed'' before, and there were non-negotiables to navigate... [Newson] conceded it was "quite a tight envelope" to work within, but said a surprising amount could be done creatively. A strict colour palette from his blue, violet, green and yellow endless rainbow logo, festooned on banners all over the city, will feature. And there will, he revealed, be a big countdown with numbers on the bridge before the still-secret midnight "bridge effect."

Glen, what's the secret "bridge effect" going to be?