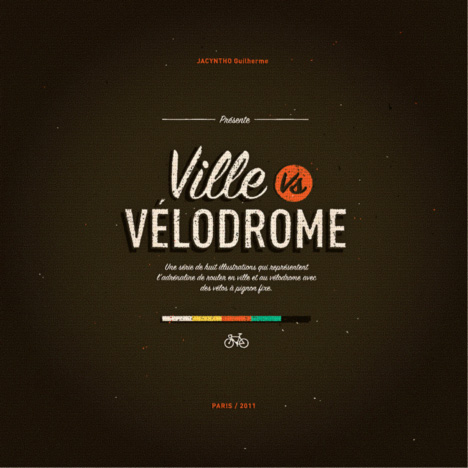 We're digging this series of illustrations by Guilherme Henrique, a graphic designer who's currently based in Paris (via his hometown of Curitiba, Brazil). "Ville vs. Vélodrome" is a series of eight pairs of quasi-infographic images that compare and contrast the two settings: the city vs. the racetrack. (Check out our post on London's brand-spanking-new velodrome for the 2012 Olympics here.) 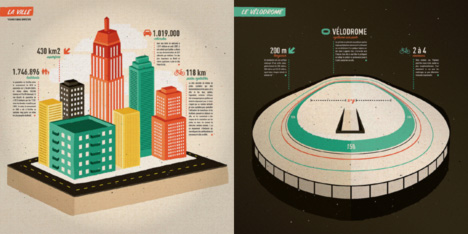 The series starts with the disparate environments, progressively narrowing down to "The Competition," "The Riders," and "The Bike," depicting the binary illustrations with an elegant visual language and just a few facts in each one. 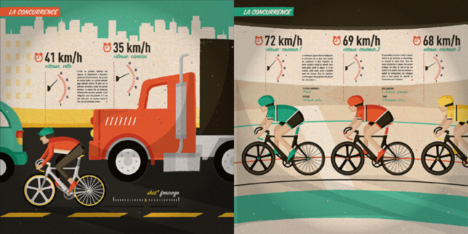 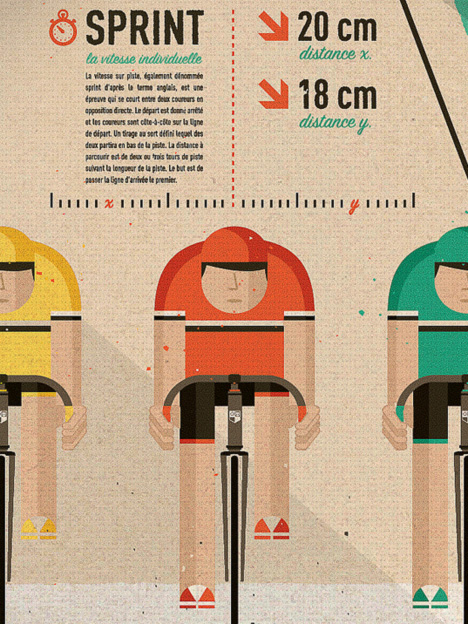 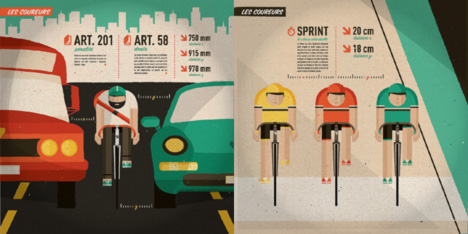 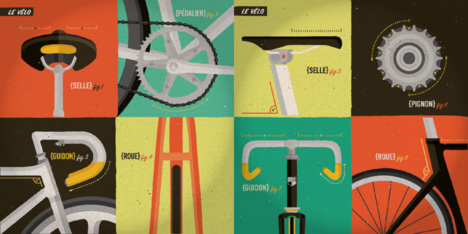 As with Crayonfire's TDF posters, credit to John Watson for sharing Henrique's work on Prolly Is Not Probably (based on a tip from Kyle of Trackosaurus Rex, no less).