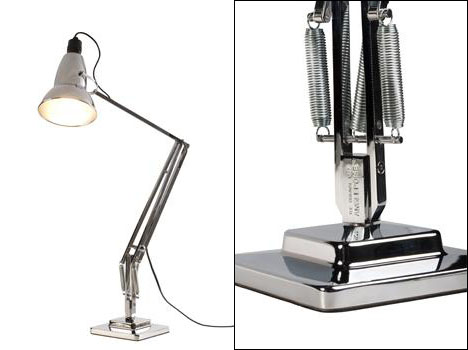 When people get bright ideas a light bulb pops up over their head. For British designer George Carwardine, that light bulb was followed by a spring.

Throughout the 1920s inventors tinkered with articulating-arm lamps, experimenting with parallelogram arm structures and counterweights. None of them really caught on until Carwardine, a UK-based freelance car designer and engineer whose specialty was vehicle suspensions, invented the desk lamp we all know today. Carwardine realized he could add suspension mechanisms to lamps, tweaking the springs and pivoting arms to provide balance and obviating the need for counterweights. 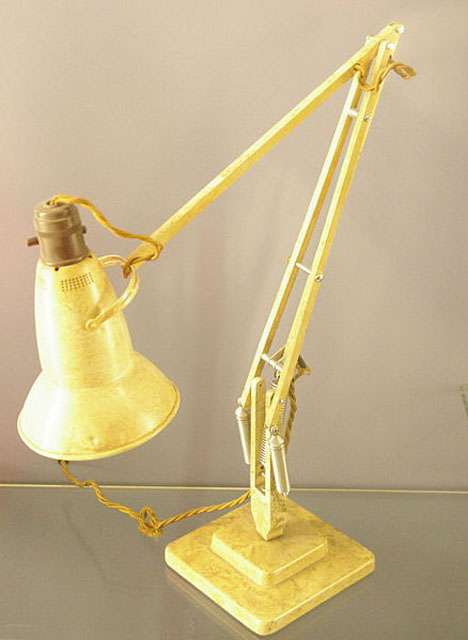 Carwardine's area of expertise was design and engineering, not business. Although he had the foresight to patent his design, he figured the lamp would be helpful on the production floor of the car factory where he worked at the time, and had no greater plans for it.However, Carwardine's spring supplier, Herbert Terry & Sons of Redditch, was interested in expanding the market for products that used springs. They saw the promise in Carwardine's lamp design and talked him into a licensing arrangement. By 1933, the Terrys were producing and selling what they called the Anglepoise lamp. 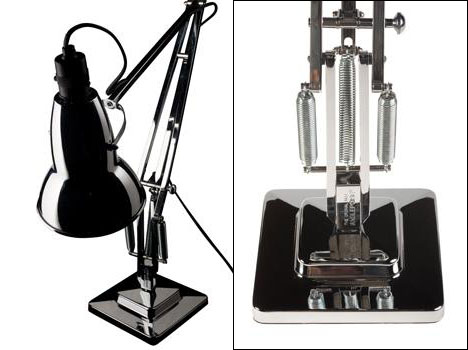 Around the same time, there was a businessman in Norway named Jac Jacobsen who had nothing to do with lamps; Jacobsen's line of work was importing sewing machines from England for Norwegian textiles factories. But he would soon cross paths with the lamp in a design-history changing way. Stay tuned.