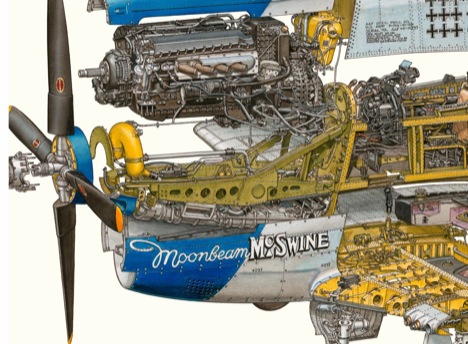 One of my absolute favorite things in the world are cutaway drawings, also known as cross-sections. As a child, I would pore over the drawings trying to absorb as many of the details as possible. In fact, I still do that! Cutaways are a fantastic intersection of technical drawing, graphic design, transportation design and architecture. Over the course of this blog series, I'll be spotlighting some of the masters of the medium. First up is Hans Jenssen. 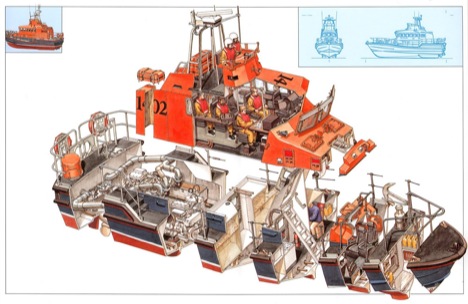 The Danish artist currently resides in the UK where he has made a career illustrating the hidden workings of vehicles, both real and fictional. In the 1990's, DK released Look Inside Cross-Sections, a popular book series on various modes of transportation, including military planes, trains and cars. The books were illustrated by Jenssen and his artistic partner Richard Chasemore (whom I'll cover in another post). 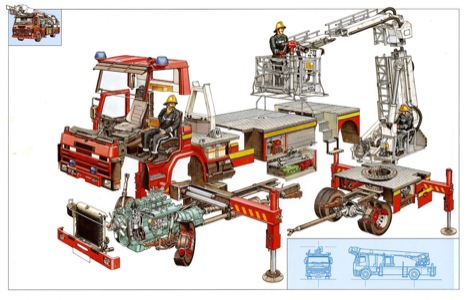 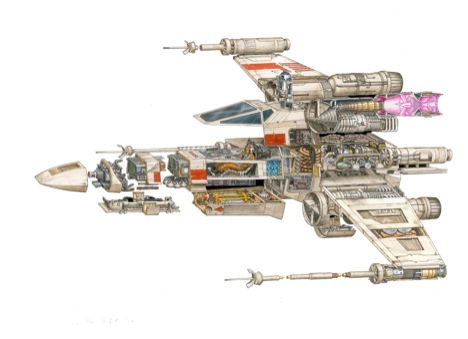 In 1998, DK came out with the first Star Wars: Incredible Cross-Sections book, featuring cutaways of the Millenium Falcon, X-Wing Fighter, and the Death Star. The book proved extremely successful and was soon followed up with cutaway books for the prequel trilogy, as well cross-sections of locations from the movies. 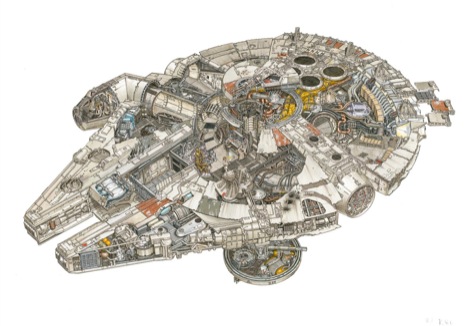 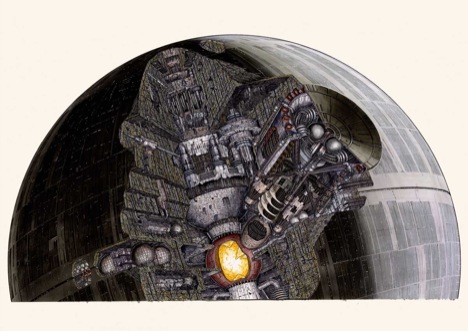 Before starting the project, Jenssen and Chasemore spent two weeks in the art department at Skywalker Rancher intensely researching reference material—everything from concept art to production paintings to physical models. The entire book took about five months to produce, with three to four weeks for each cutaway. The cross-section books are generally considered the ultimate authority on vehicles in the Star Wars universe, so Jenssen and Chasemore had the pressure of both George Lucas and thousands of fans on their shoulders! 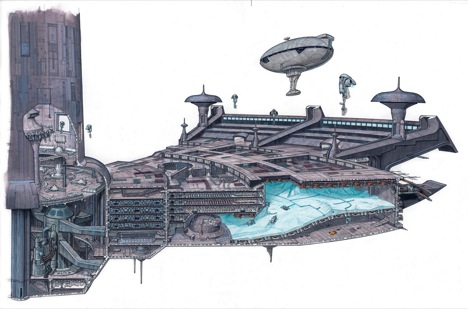 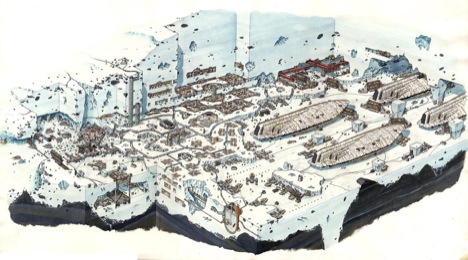 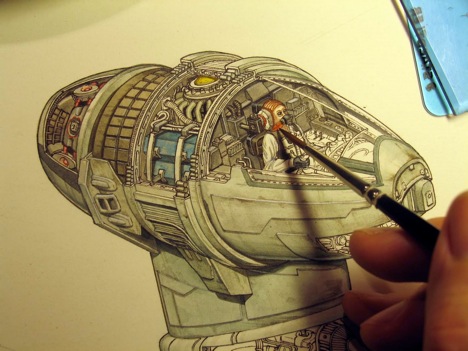