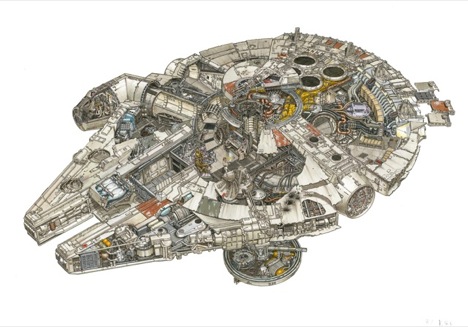 Way back in Part 1 of this series, we looked at the amazing work of Hans Jenssen; in this part, we will look at Jenssen's illustration partner, Richard Chasemore. The duo got their start with the Look Inside Cross-Sections series at DK, which was noticed by Lucasfilm, with Chasemore illustrating one book on tanks. Since their styles are nearly identical, the extremely popular Star Wars cross-sections books Chasmore and Jenssen eventually worked on appear to be illustrated by a single artist. 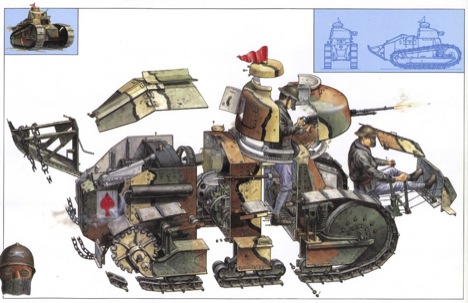 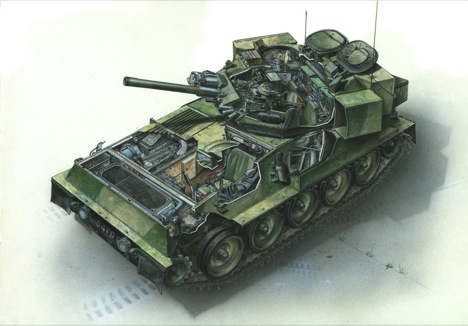 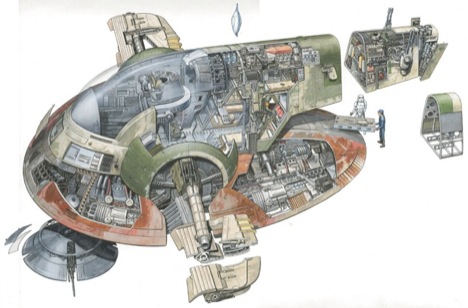 Chasemore went on to illustrate the Batmobile Owner's Guide... 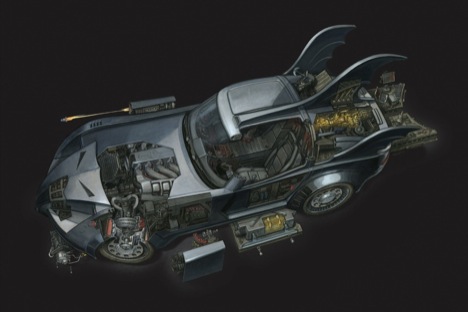 ...as well as Indiana Jones: The Ultimate Guide, which included these cross-sections of famous locations from the movie (the Canyon of the Crescent Moon and the Venice catacombs). 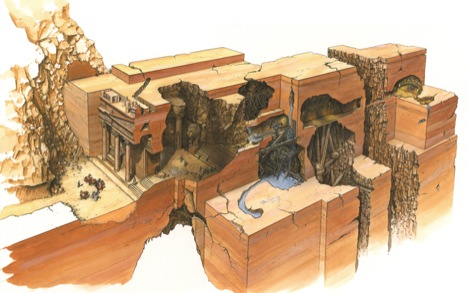 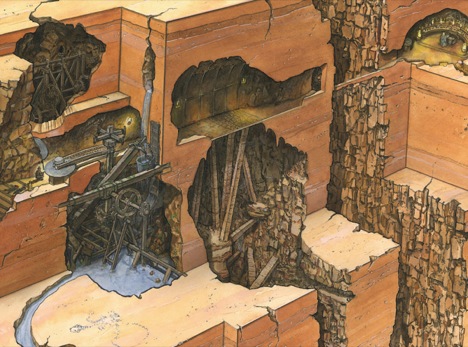 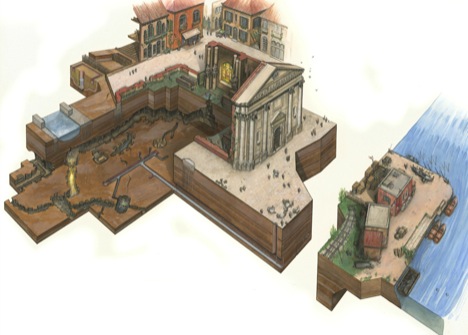 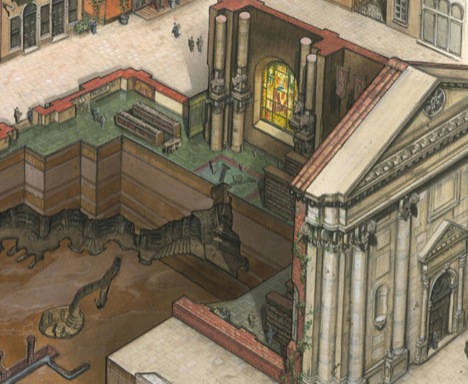 Currently, Chasemore has traded in the pencil and gouache for 3D modeling while working on cutaways for Star Trek and Star Wars. 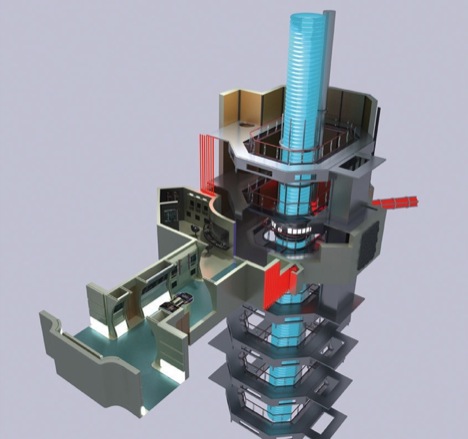 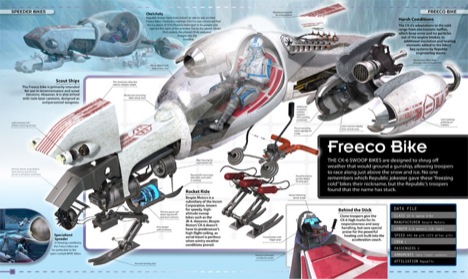