So you've made it through eight posts on the masters of cutaways. If you're like me, you've been wondering, "How the hell do I draw my own cross-sections??" That's where Kevin Hulsey comes in. Hulsey is a cross-section illustrator-extraordinaire and he has a fantastic series of tutorials on his website. 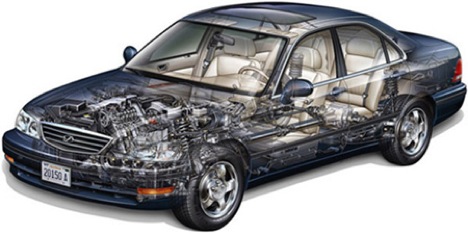 Although Hulsey uses a lot of "ghosting" in his illustrations, where a bottom Photoshop layer of technical components is seen through a top layer of a car's exterior, the tutorial we're featuring is about the construction of line art for a cruise ship. 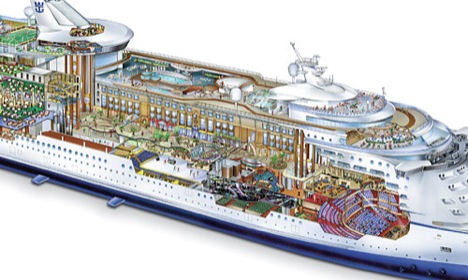 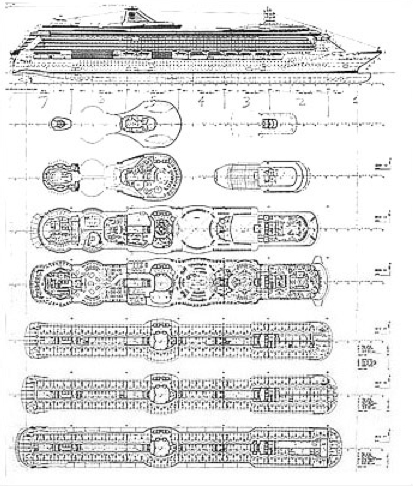 First, Hulsey creates a master perspective grid that shows the "maximum amount of important features on the ship." Next, he creates an grid of the deck elevations. Using the blueprints as a guide, Hulsey redraws the floorplans onto each appropriate elevation. 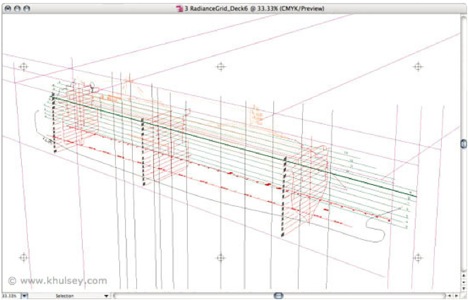 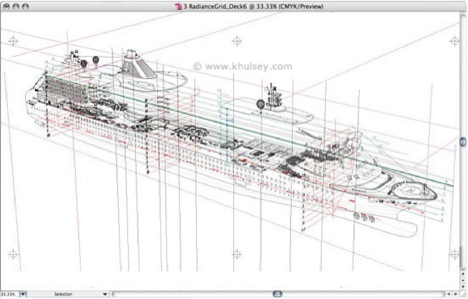 Once all the decks are laid out, Hulsey gives the physical elements vertical dimensions. He groups elements of the same height to make the process quicker. 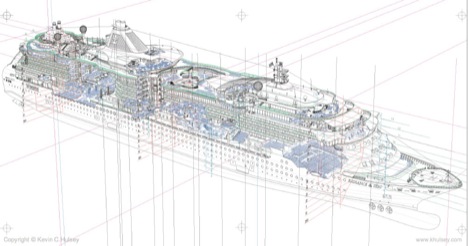 Still, there is a lot of drawing need in order to make this... 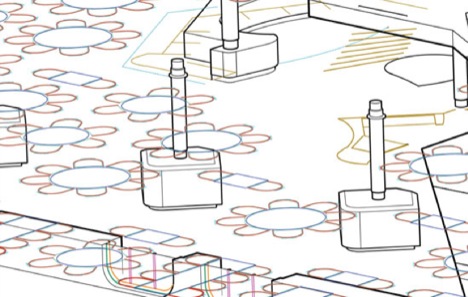 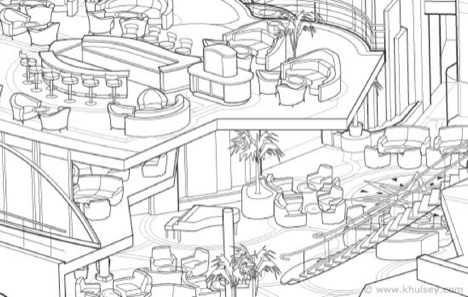 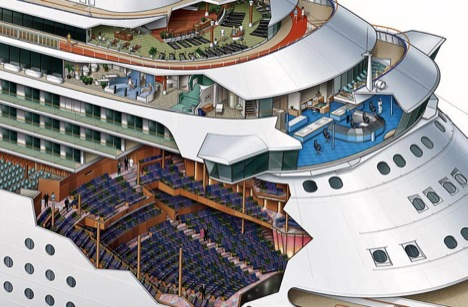 Lastly, Hulsey adds in textures and colors to transform the illustration into something truly magical. That's the process in a nutshell, but you can read though the entire tutorial here. 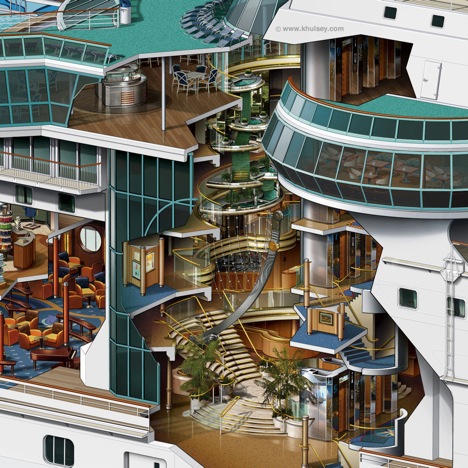 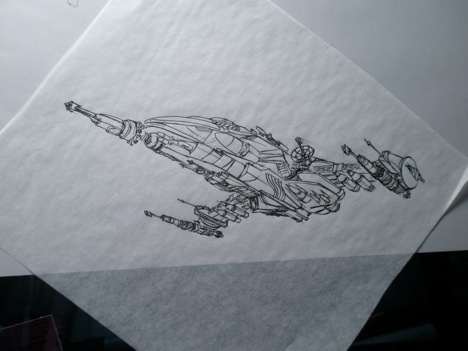 Howard starts with a rough sketch before identifying sections of the spaceship he wants to expose. 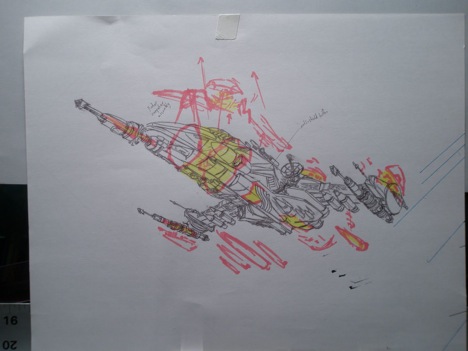 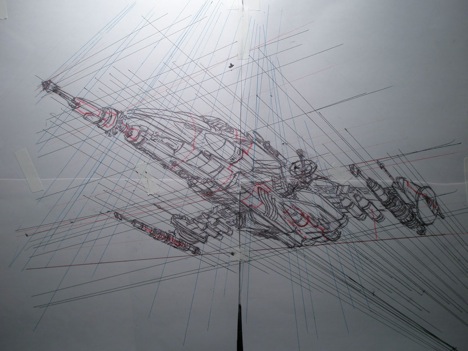 Next, he adds in a 3-point perspective grid, then starts a pencil layer on top. 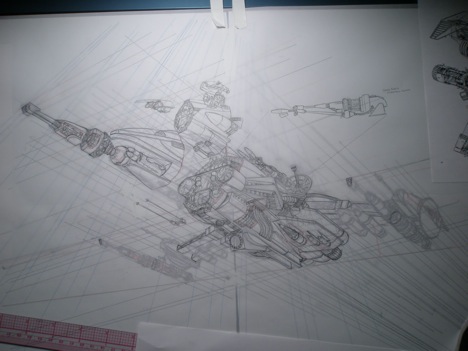 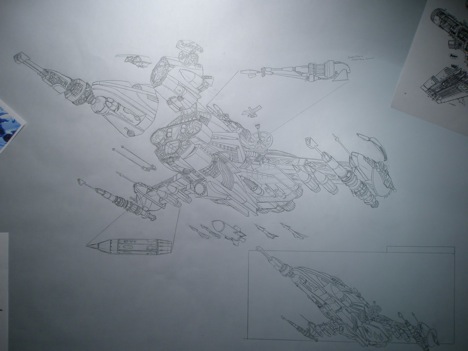 The grid lines and the sketches underneath allow Howard to cutaway sections of the spaceship while keeping them in perspective. 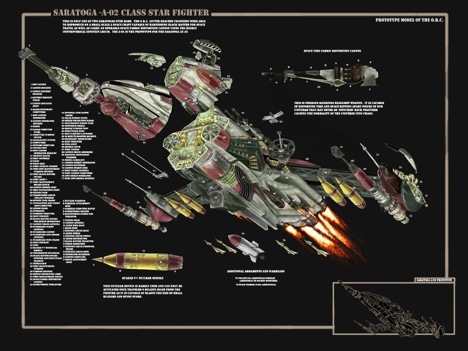