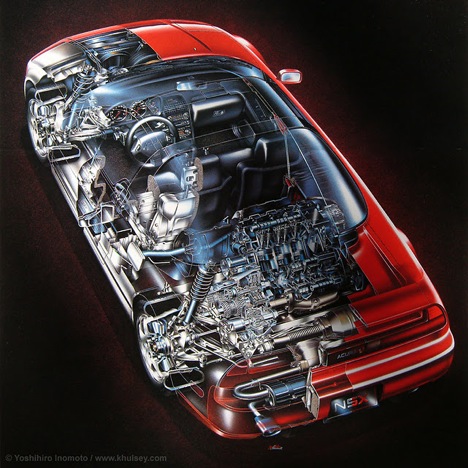 I discovered the work of Yoshohiro Inomoto in a Japanese book from 1986 called Illustrated Transportation that I found buried in the stacks at The Strand Bookstore. While there are a variety of artists featured in the book, with each given about a page, Inomoto has most of a chapter devoted to his photorealistic cutaways of cars, motorcycles, and engines. 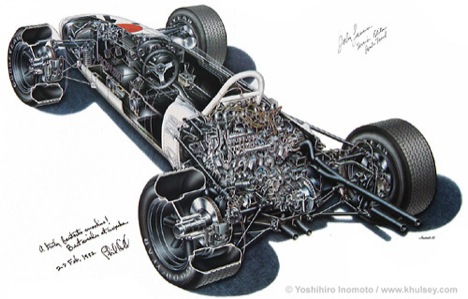 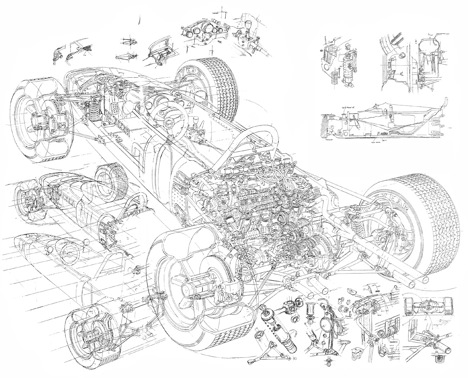 Inomoto was mainly a self-taught artist who in 1952 began working for the Toyo Kogyo Company, which would later become Mazda, working on designing new cars. In 1957, he left for Nissan's advertising branch and about two decades later started his career as a freelance illustrator. He has apparently been named "The Cutaway King" by Road & Track magazine. 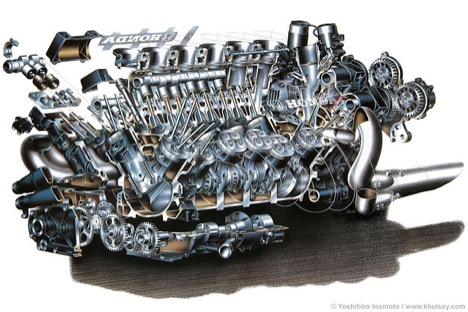 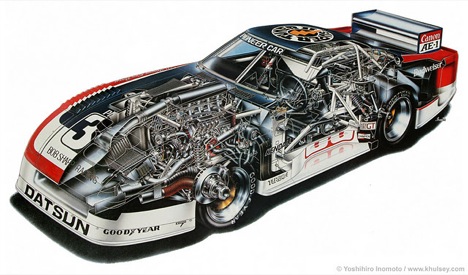 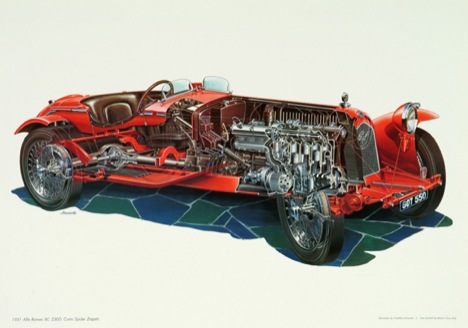 Read all about his pioneering process for illustrating automotive cutaways here. 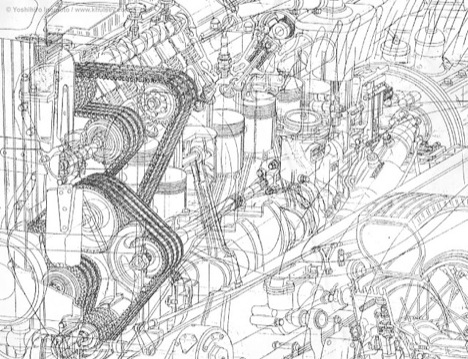