"How to Deal with Slow Walkers" Solution for Common Urban Woe 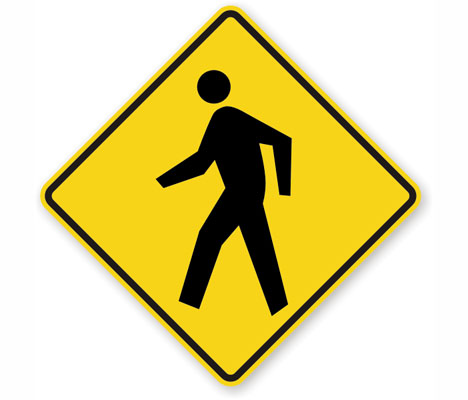 Urban pedestrian traffic is all about flow, and those who interrupt the flow cause a ripple effect of irritation around them. Here in New York I've seen people board a subway car and stop just inside the door, despite the four behind them who'd also like to enter; have seen the same happen at the bottom of moving escalators; but by far the biggest offenders are the slow-moving texters staring into their phones, or the oblivious tourists walking four abreast on the sidewalk, moving about as fast as a crying child. I always want to ask them to interlock their arms and have the two on the ends hold their arms out to the side, making it totally impossible for anyone to get around them.

In this video undoubtedly bound for the YouTube stratosphere, one clever Tokyoite has discovered a way to clear a path without having to push anyone into an open manhole (the chief solution in my sidewalk fantasies):