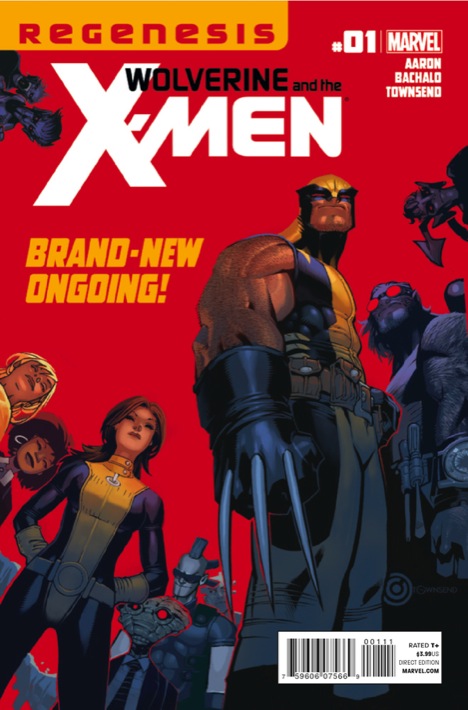 There are definitely some standout designers in the comics industry, ones who really know how to make comic book cover pop, but it's still kind of sad that a well-designed comic cover is so infrequent in such a design-heavy field. And usually it's the less-mainstream books that have more room to be creative with their cover designs, away from the stereotypical smorgasbords of superheroes. So imagine my surprise when I saw the cover for one of Marvel's newest flagship titles, Wolverine and the X-Men, which looks like someone actually made some conscious design choices here!

That person is Eisner-nominated comic book letterer Jared K. Fletcher. Fletcher was tasked with corralling the plethora of Marvel's X-Men titles under one central logo that could be tailored to fit the specific X-title, creating a family of X-Men logos. This is a sharp change from the past standard of each X-Men title having its own logo and branding, leading to confusion about which of the various X-titles fit into the overall X-Men universe. 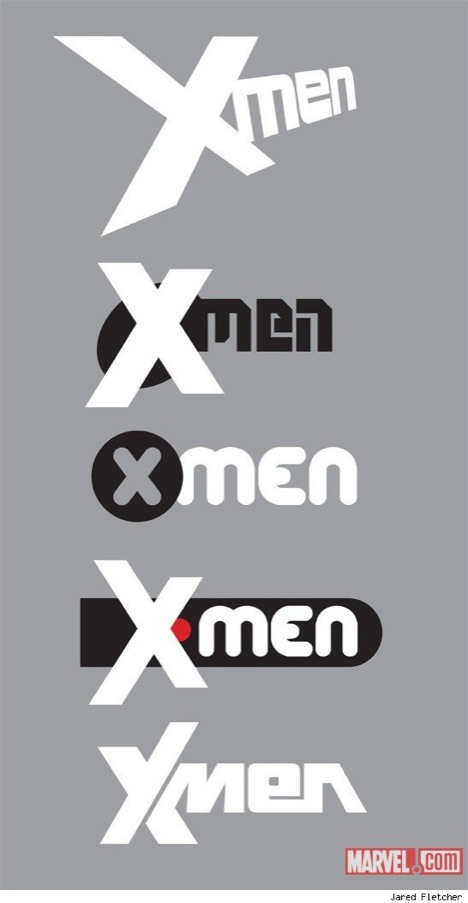 Fletcher tracked down every old X-Men logo he could find, from comic books to video games. The general trend in the history of the comic's logo was to separate the letter "X" from the "Men" and really emphasize the hyphen. Titles on the periphery, such as New Mutants or Wolverine, eliminated the "X-Men" entirely. Perhaps the most clever and iconic logo was Richard Starking's New X-Men logo that reads the same upside down (i.e. it's an ambigram).Some of the concepts Fletcher came up with use simple black/white to add emphasis, while others are clear departures from traditional X-Men logos, although we've seen similar thinking before from Rian Hughes. All of the concepts emphasize the "X" yet integrate the letter into the logo as a whole. I think the final choice nicely balances unity of the family of designs with individuality for the specific titles. And that "X" seems to be headed towards instant recognizability, an impressive feat for a graphic designer.

We had to have a unified feel to bring all these books together. So once we had the 'X-Men' part down, the rest would fall into place somewhat. There were stragglers like GENERATION HOPE and NEW MUTANTS that would require more work and their own logos, but they still had to fit into this look I was building. 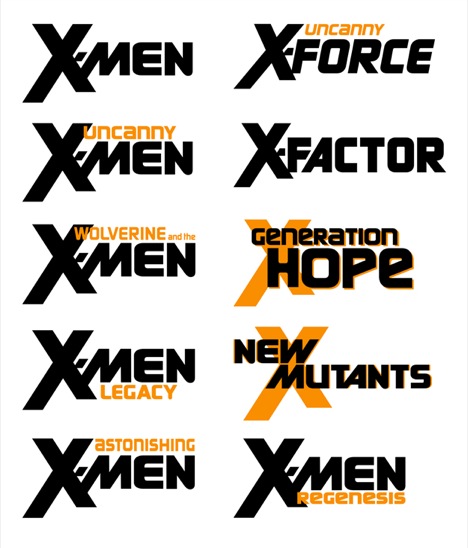