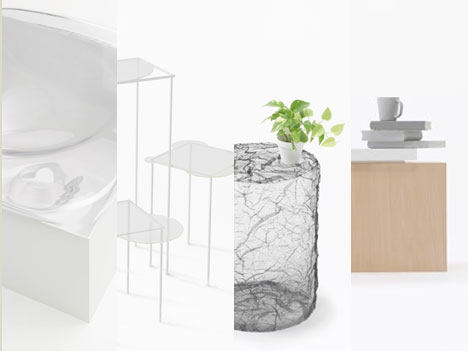 Japanese design heavyweight Nendo—renowned for their minimalist, distinctly lightweight approach to objects and interiors—is set to debut several new collections at Maison & Objet. Those of you who are lucky enough to be in Paris later this month are encouraged to see the new work at the "Static Bubbles" exhibition at Carpenters Workshop Gallery and the "Object Dependencies" collection for Specimen Editions at Pierre Alain Chalier Gallery. 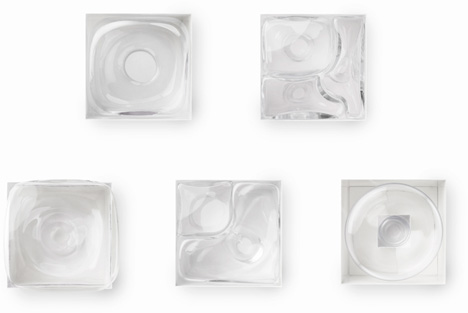 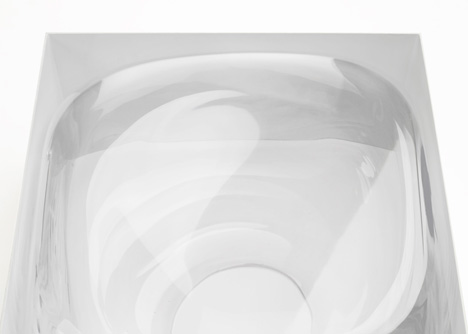 The former show, "Static Bubbles," actually consists of three collections: "Innerblow," "Overflow" and "Farming-Net." The first is "inspired by the way professional glassblowers draw a lump of molten glass onto the tip of a metal pipe and create form by expanding the glass with their breath, blown down the metal."After expanding the glass in a square metal form, we left the glass in place rather than removing it and flipped over the form to create a table. The metal form becomes the table's legs and the glass, flattened through pressure against the floor, its flat top. Each of the five tables is different. We raised one metal form during blowing to create an edge that swells over like a loaf of bread. Another table was created by several glassblowers blowing into one form simultaneously. 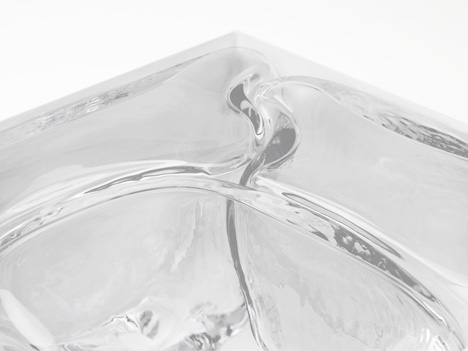 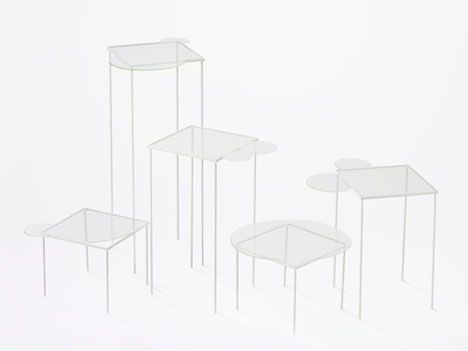 The "Overflow" collection consists of 12 tables that were created by melting sheets of plate glass in three-sided square frames, "progressively heating it so that the molten glass would run from the missing section. By hardening the glass again at just that moment, the edge responds to surface tension, creating a table like a pool of water." 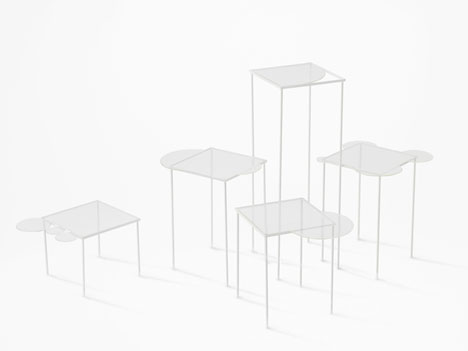 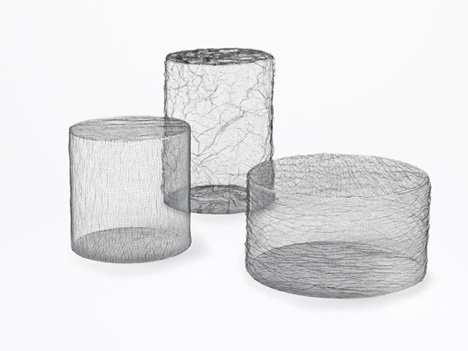 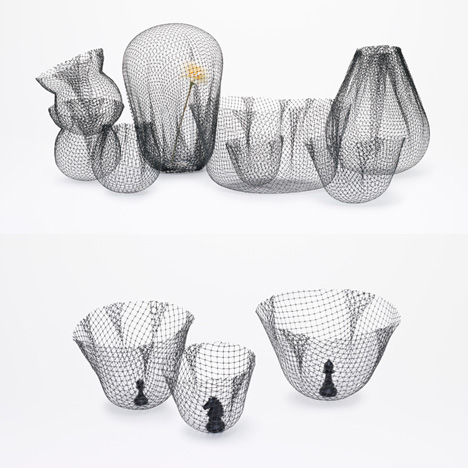 The third collection takes its name not from a fabrication technique by the material itself: agricultural netting used to protect fruit and vegetables from wind and animals. This material, "stronger than organdy but more flexible than wire mesh," is heat-formed into housewares and furniture such as vases, bowls, lamps, tables and chairs. By using the net as a "sculptural material," Nendo circumvented "the traditional necessity of combining structure with a separate surface material, to create a thin membrane that stands independently, but also floats gently on a breeze." 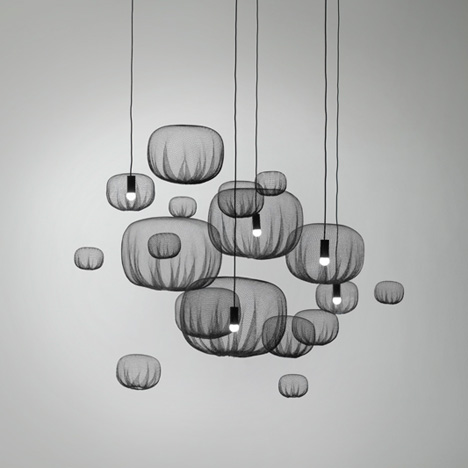 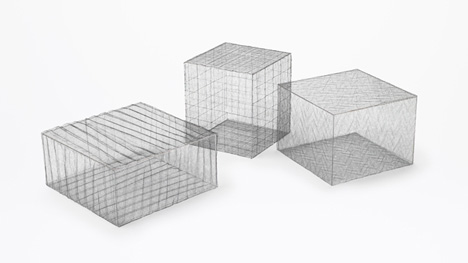 The flower vase and bowl wrap the air like a furoshiki Japanese wrapping cloth. The lamp softly emits light, in the manner of a traditional Japanese paper lantern. The multiply-pleated table are reminiscent of the surface of Japanese shibori (tye-dying) textiles and hand-made paper. The action of gently wrapping something and close attention to the texture of the surface endow these objects with the very particular sense of expression found only in Japan, since ancient times. 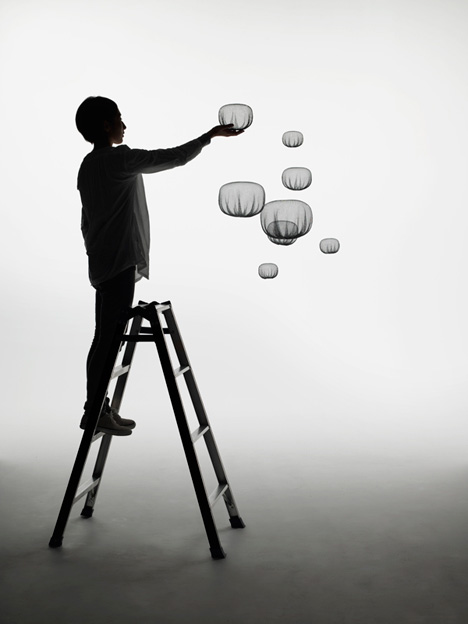 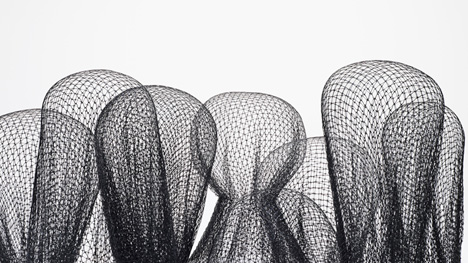 Meanwhile, the "Object Dependencies" collection for Specimen Editions is comprised of intentionally "weak" furniture, which "cannot stand independently until they are made structurally sound through the addition of an object."In addition to increasing stability, the accumulation of objects has other effects as well. It can change the angle of light emitted from a lamp, or expand a bookshelf. Object dependencies is an exploration into new forms created by resetting the once-unquestioned relationship between furniture and objects. 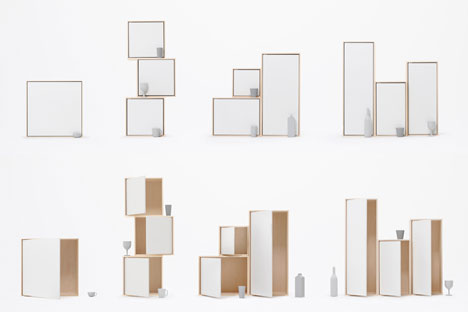 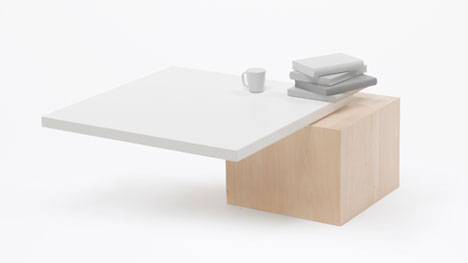 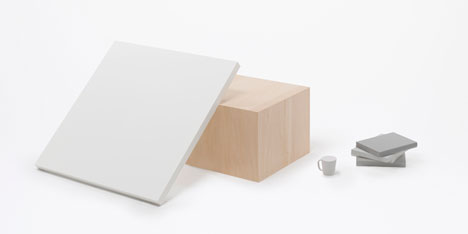 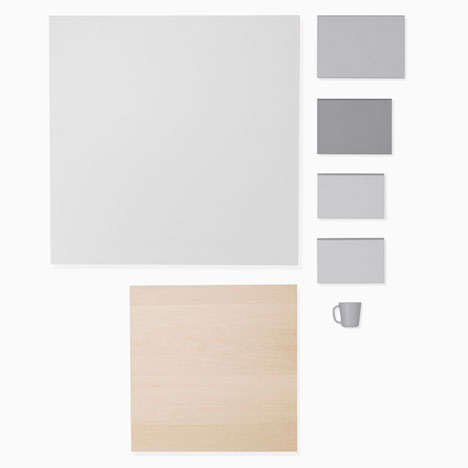