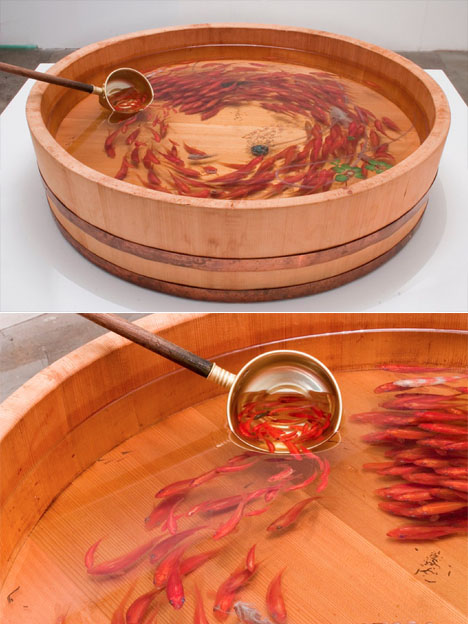 This is nuts, and a little hard to understand at first: Japanese painter Riusuke Fukahori paints what appear to be three-dimensional fish floating in water. And while the objects he's creating are in fact three-dimensional, he builds them up two-dimensionally, creating successive layers that he seals in resin before adding the next layer on top of the last. 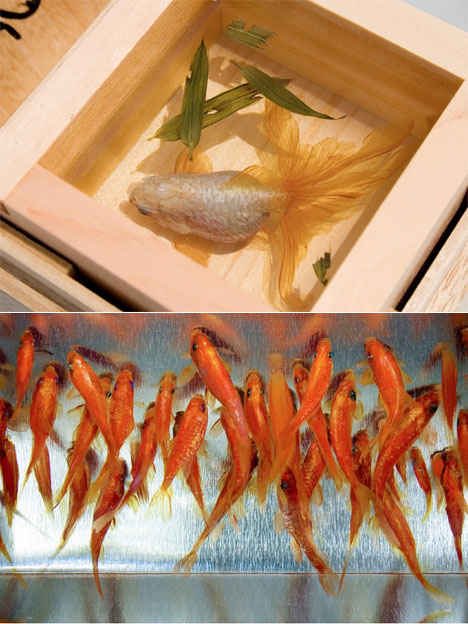 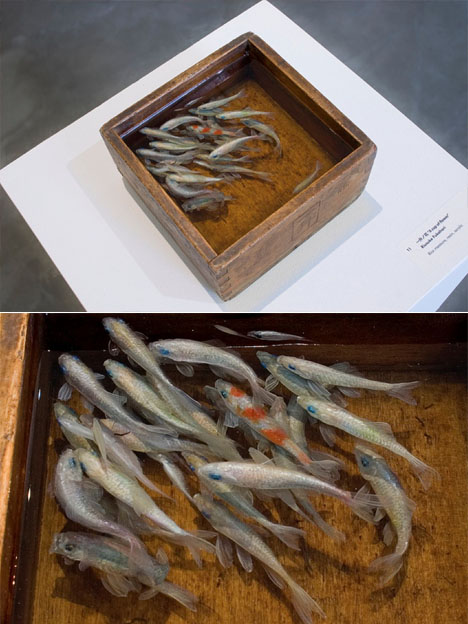 The end result is what you see in the photos here (captured by photographer Dominic Alves at Fukahori's recent show at London's ICN Gallery), and the first half of the video below shows Fukahori's process. (The second half is Fukahori working on a more conventional large-scale painting.)