With our Fast Track to the Mobile App winners, there are two parallel lines of development: those who are working with Microsoft developers, and those who are doing their own implementation/development. In this installment, we'll take you through this initial phase of taking the app from concept to reality, highlighting steps that anyone interested in designing and implementing an app would take, and give you some background on what the winners are doing specifically.

Contestants were asked to submit up to five screens and a description of the proposed app, with the option of adding supporting documentation such as a video or presentation. Starting with a strong conceptual and design foundation for the app, the next step for existing or potential developers is to build out to a workable prototype. This might translate to different actions depending on the circumstances.

For Social Mints, Pratik Kothari's app provides business users the ability to monitor social media mentions of their brand, interests or other pertinent topics (e.g., customer service), that meant considering the judges' feedback on the use of 'Mint' and the visualization choices. In response, he bolstered the metaphor by clearly tying each keyword to a mint; he considered different visualization patterns, and settled on one that he felt would most clearly display the data. To think through the app's interactions, Kothari created wireframes to map out the user experience of the app; these then contributed to the creation of any remaining screens. He's at a point where he can look at the different cloud-based services that allow for Social Mints to fetch real-time data from various social media sites. 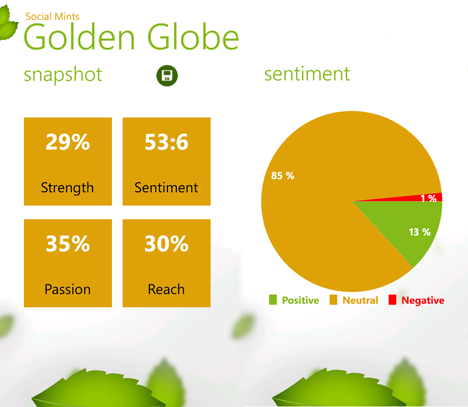 Geof Harries and Michael Johnson, the designer and developer behind Cash Hound, a business cash flow management app that quickly determines how specific costs can impact your bottom line, moved towards building a workable prototype by focusing on the back-end first. Their app was formerly named Rhythmatic. When the winning team found an existing iPhone app with the same name. Even though the app had a completely different usage (rhythm/music gaming), they chose to change their app name to Cash Hound in order to avoid confusion and allow for freedom to develop the business app on different platforms. The core functional concepts will remain the same, but the visual design (colors and textures) will change a bit. Cash Hound, as it was submitted to the contest included, in Harries words, "lofty ideals and features." In order to think through a more pragmatic version, they started with the back-end services and technical architecture, which gave them time to consider the app from a foundational vantage point. Working in this manner provided a realistic understanding of the app's possibilities and how it would work, as opposed to drawing it all out in a design program. The results of that process will then inform them if any design changes will be necessary. With the back-end in place, they can move to optimizing the visual and interaction design. 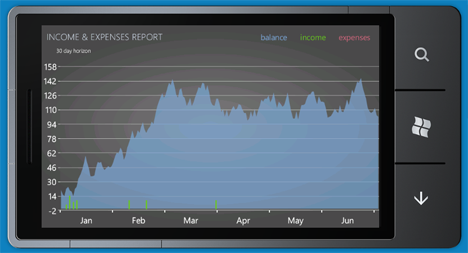 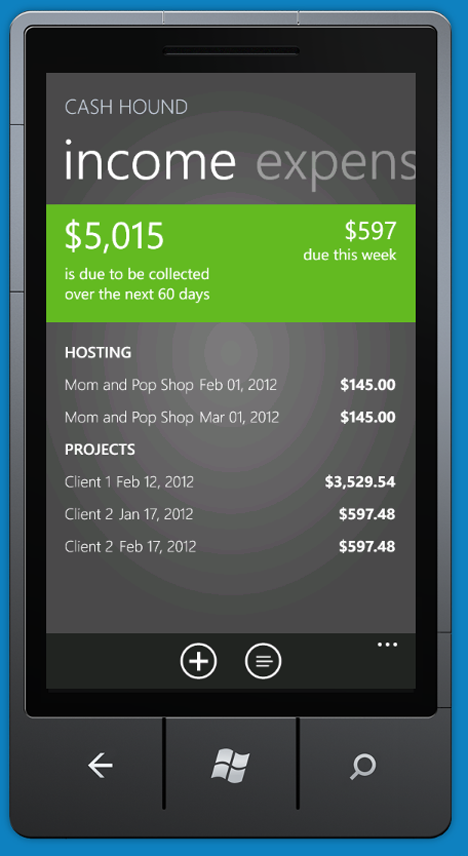 In regards to the importance of a workable prototype in app development, Harries articulates, "We've learned from years of experience that you can have great looking software in a design program, but that design may or may not hold up to real-world use once it's actually built. We do some initial design up front, but then build as quickly as possible so we, and others, can get their hands on it. As the weeks go by, we apply more polished design and interaction layers."

Keep in mind that Kothari, Harries and Johnson are seasoned developers. Harries and Johnson make up Subvert, a marketing, software design and development firm dedicated to working in the Microsoft stack. Kothari submitted four entries to Fast Track to the App; Social Mints and three other apps which were selected as finalists. One of those finalists, Get Reimbursed, was launched in the Windows Phone Marketplace this week. Another of Kothari's apps (he has a total of 10 in the Marketplace), Smart Goals, has recently been named a Microsoft Staff Pick.

How will BlackBelt, Bridge, and car pal+ move towards their workable prototypes and fleshed out interactions? Because of the holidays, their timeline is slightly different at this point. They will plan their next steps with their Microsoft developers, and we'll catch you up on their initial processes in the next installment. All the winners are aiming to have their apps implemented by January 22nd so they can be certified by Microsoft by the end of January, so we'll be looking at the testing and implementation phase in depth next time. We look forward to reporting on next steps.