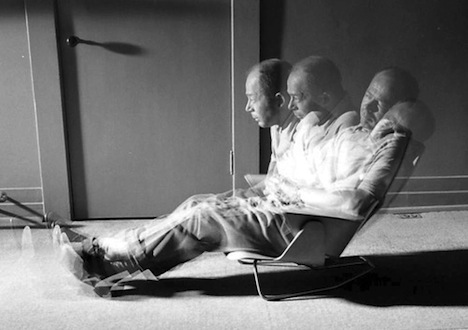 I love Billy Wilder and I Iove Charles and Ray Eames, but I never thought those two loves would ever unite in a meaningful way. For Eames-o-philes, however, Wilder's unlikely influence on the brand is the stuff of lore. The famous Hollywood director, best known for Sunset Blvd. (1950), Some Like it Hot (1959) and The Apartment (1960), was introduced to Charles by graphic designer Alvin Lustig, who was using the garage at Wilder's Beverly Hills house as a studio. The two hit it off so well that the Eames were in Wilder's wedding ceremony.

"We asked them one day whether he would like to be the best man and she the maid of honor, and they said, 'Okay,'" Wilder said. "And then the four of us took off to Nevada, where you can get married for two dollars in three minutes."

Soon after, Wilder commissioned the Eames to build them a house similar to Charles and Ray's own home. Plans were later abandoned, however, when Young objected to the upkeep of washing all that glass. Still, they remained close friends. Charles even produced a montage sequence for Wilder's 1957 film, The Spirit of St. Louis. In fact, it was during the shooting of Spirit that Wilder unknowingly made his first contribution to the Eames legacy. He used temporary benches made from plywood beams and sawhorses for quick naps throughout the day. After shooting ended, he asked the Eames if they could make him something similar, albeit more comfortable, for his office.

"A man of my reputation simply can't afford to have something that looks like a casting couch in his office," Wilder said. "It's too obvious a symbol of lechery." Charles and Ray designed an 18" wide leather and aluminum bench, large enough to sleep on but narrow enough to prevent long snoozes. Wilder would sleep with his arms crossed; As he sank into deeper sleep his arms would fall to his sides, gently and naturally waking him up. And it wasn't lecherous at all, unless, Wilder quipped "you had a girlfriend shaped like a Giacometti, [then] it would be ideal." 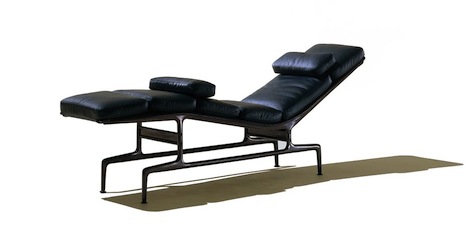 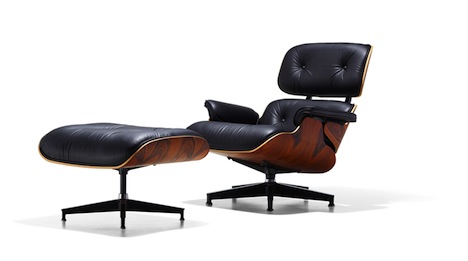 The Eames' and Wilder gave each other gifts—often times furniture—for sixteen years before Charles and Ray sent him the famous rosewood and leather lounge chair and ottoman in 1968. The Eames had no intention of making more until they were approached by Herman Miller. "You design for someone in particular," Charles said, "and then you find out that other people have more in common with the object of your affection than you realized." A note to any furniture designers reading this: like Billy Wilder, I too love chairs. I like to sit in them, read in them and nap in them, and, luckily for you, I'm currently accepting prototypes as gifts.