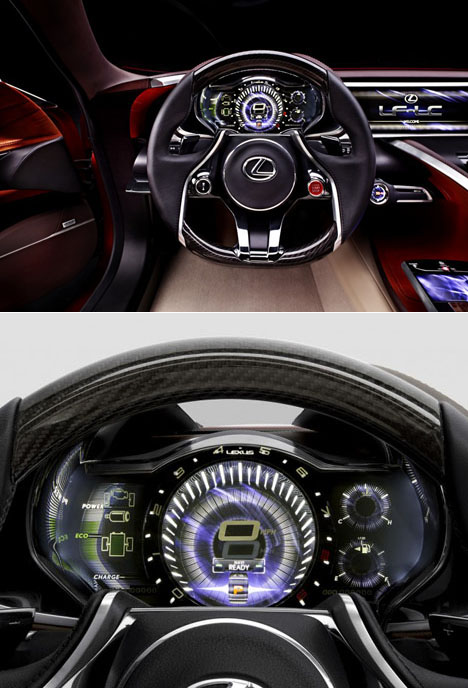 Lexus has been getting a lot of press for their LF-LC concept vehicle, pictured here, which had the sheets yanked off of it at the North American International Auto Show in Detroit and subsequently snapped up the EyesOn Design Awards Best Concept prize. But while the snazzy exterior has everyone a'Twitter, it's the design of the interior that caught our eye.

The graphics on the dashboard seen up top might be a bit much, seemingly intended to dazzle rather than convey information, but we're digging the way the center console unfurls in a leather-wrapped spiral. 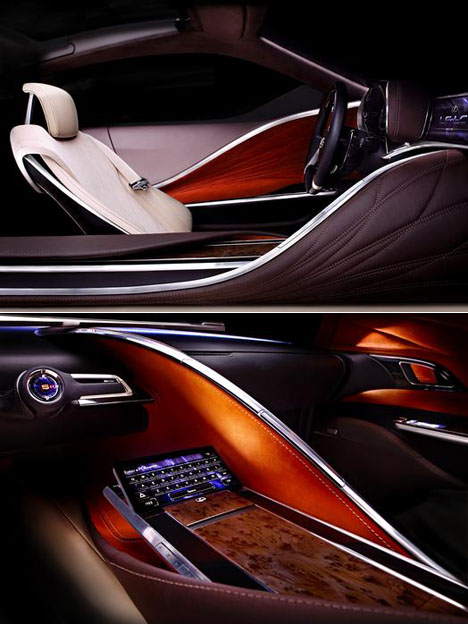 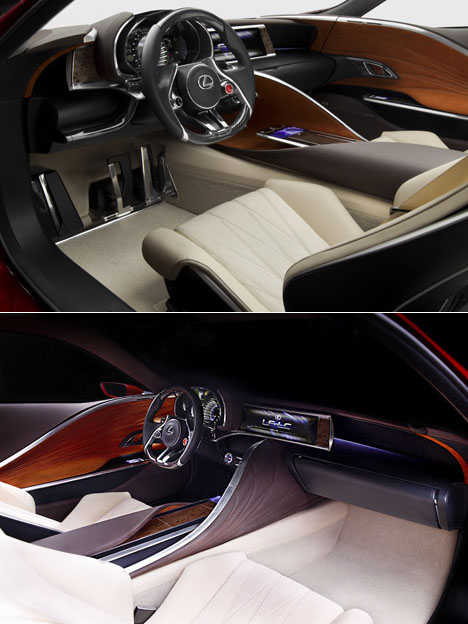 Lexus execs claim the LF-LC, which was designed at parent company Toyota's CALTY design studio in California, is indicative of the design direction the company will pursue in the immediate future.