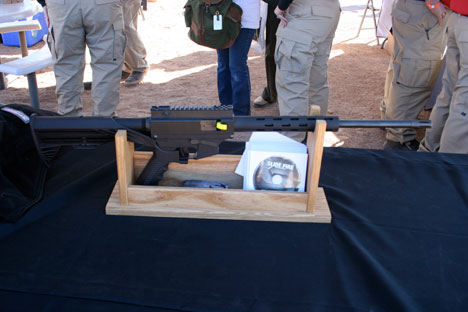 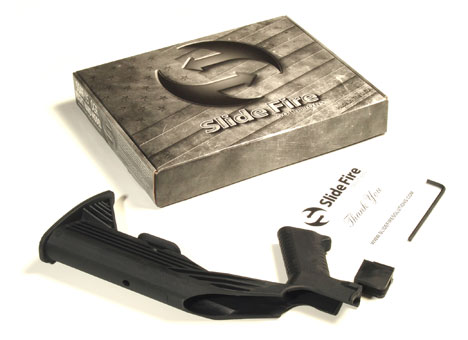 After a day of firing guns at the SHOT Show's "Media Day at the Range," one invention sticks out in my mind: the Slide Fire.

The result of good ol’ American ingenuity, the Slide Fire was conceived by Jeremiah Cottle as a legal way to increase the speed of fire for semi-automatic rifles. Fully automatic weapons have been heavily controlled in the US since gangsters' use of Tommy guns in the late 1920's, but many models like the M-16 or AK-47 can be owned in semi-automatic form.

When one pulls the trigger of a semi-automatic's trigger, it shoots a single bullet (as opposed to a fully automatic weapon where bullets are fired continually until the trigger is released or the bullets run out). Cottle's invention is a more sophisticated form of a technique called 'bump firing' that enables automatic-like firing speed. Bump firing typically means inserting a thumb through the trigger guard, hooking it on a belt loop and then pulling the firearm forward to engage the trigger. The recoil from each shot disengages the trigger but the forward pull of the left hand ensures fast, automatic-like fire. Shooting from the hip in this way is highly inaccurate and (let's be honest) steeped in machismo recklessness.

Replace a rifle's stock with a Slide Fire and one can get the same shot speed as bump firing but with all the control of shooting from the shoulder. The stock features a finger rest for the index finger to extend through the trigger guard and a stock butt with half an inch of give. When the trigger finger is properly placed, the left hand pulls the gun forward so that the trigger is engaged. The gun is able to recoil that half inch of give so the trigger resets with the next loaded round before the forward pull from the left hand causes it to fire once again. It is a simple and elegant solution which, Cottle estimates, can enable someone with an AK-47 to shoot between 400 and 800 rounds per minute. 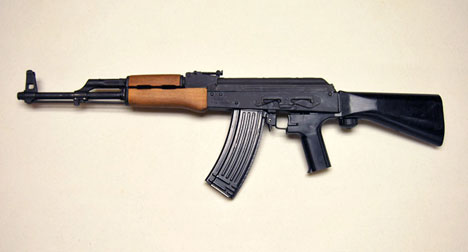 I have fired an AK in both automatic and semi-automatic form but I never cared for the automatic; the kickback bruised my shoulder and the muzzle rise made it a little unwieldy. Shooting the Slide Fire, though, I had much better control over the muzzle rise because my left hand (the hand on the barrel) was doing all the firing work and my shoulder didn't ache afterwards (perhaps because of the half inch recoil slide?). I also had more control over the number of bullets spewing from the barrel. With a little practice, I could easily become proficient. The Slide Fire is easy to install and the gun can still be used in the regular mode.

What does the Bureau of Alcohol, Tobacco, and Firearms have to say about the "rapid fire" accessory? ATF Firearms Technology Chief John R. Spencer writes, "The stock has no automatically functioning mechanical parts or springs and performs no automatic mechanical function when installed... We find the "bump-stock" is a firearm part and is not regulated as a firearm under Gun Control Act or the National Firearms Act." Spencer's letter is included with every Slide Fire sale lest the legality of your rapid shooting is questioned at the local range. 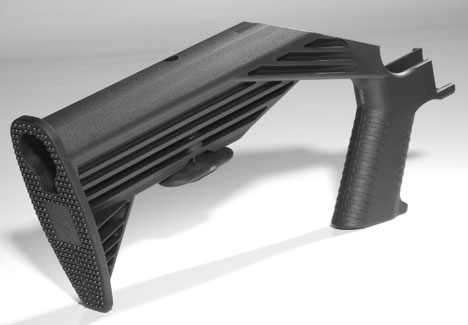 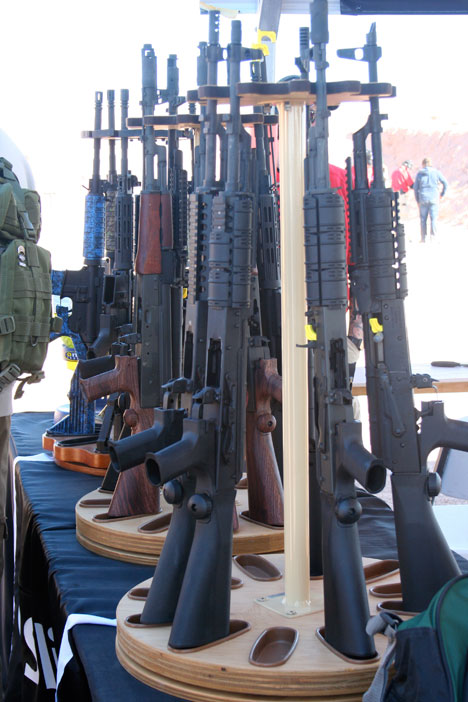 SHOT Show 2012:
» Introduction
» First Impressions on the Slide Fire
» The Year of the Zombie 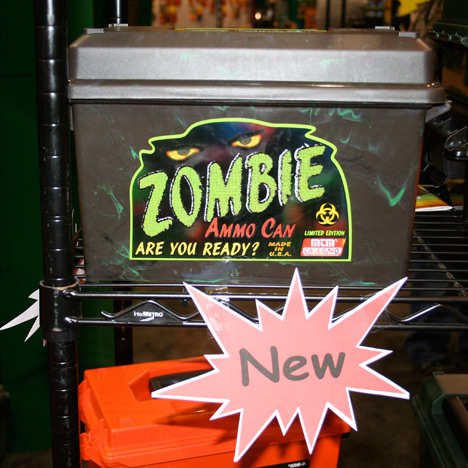