Japanese saddle purveyors Kashimax have the stateside cachet of NJS certification: a growing contingent of Keirin fetishists in urban areas won't settle for anything less than that which has been deemed race-worthy in the Land of the Rising Sun. 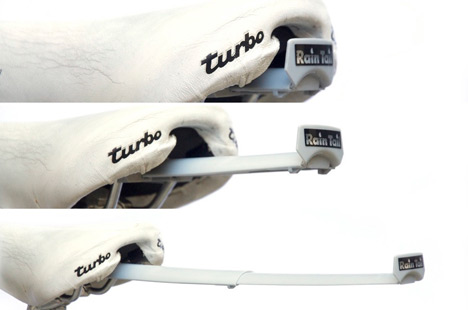 That said, there's no indication that this interesting fender design, brought to you by none other than NYC Keirin specialists Chari & Co., is intended for velodrome use... though it is certainly preferable to other rain gear we've seen. The "Rain Tail" is a telescoping fender that is fully concealed under one's saddle when not in use. 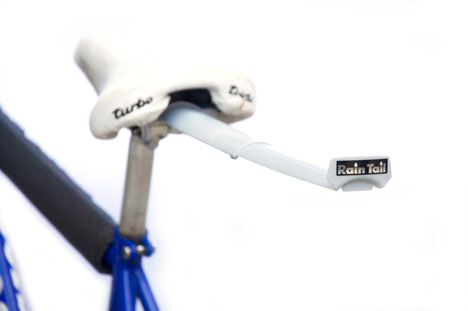 Curiously enough, Chari have opted for a non-NJS saddle and frame for their product photography... though this simply might be to demonstrate that it works on certain non-Kashimax products as well: "we are still not sure which saddle can fit this fender. We verified this fender is attachable to: Kashimax (43mm), San Marco Rolls Saddle, Fujita Compy and Selle Italia Turbo." 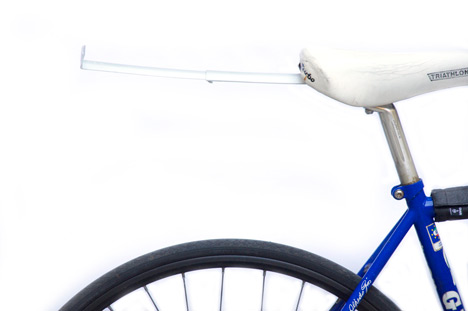 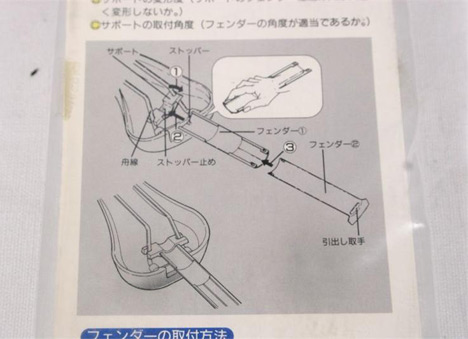 As something of a purist myself, the discreet—and presumably discontinued, as it's listed as "Dead Stock" on Chari's website—design intrigues me... though I'm skeptical about the attachment mechanism, which seems to allow for a bit more rattling than I might care for. (That, and the fact that I have a backup Bookman tucked into the space between my seatpost and saddle... though my Knogs are still my go-to lights.) 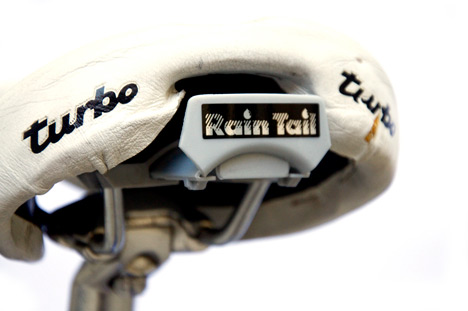 While we're on the topic of thinly-veiled-but-well-intentioned plugging, Kashimax recently produced a nice promo piece on their saddles (following the trend of production videos):

In any case, I'd been meaning to pick up a fender to complement my sweet rain pants, so maybe I'll give the ol' "Rain Tail" a go... if, of course, it fits on my saddle. 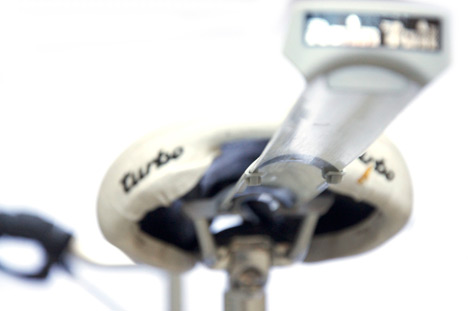