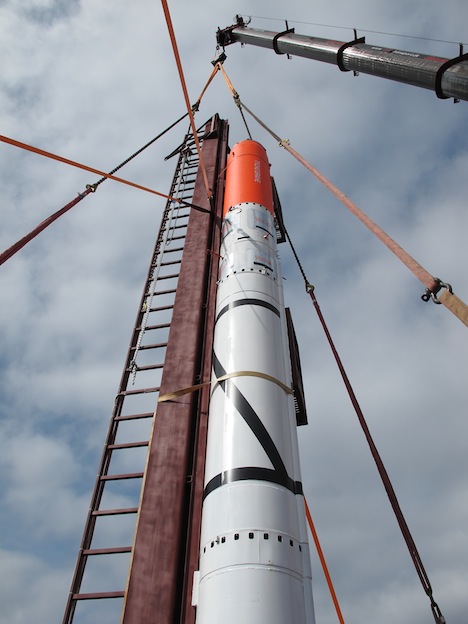 This post is part of our year-long series, Apocalypse 2012, where our favorite futurists, resiliency and disaster experts examine the role of design to help you prepare for...the end?

If you asked me what the two most important design tasks at hand for humanity is right now it would be:

The response I often get to these mandates is that the two are mutually exclusive; that if we preserve our habitat, planet Earth, we don't need to find a new planet. Some might argue that searching for new planets advances unsustainable technologies while simultaneously promoting fatalism with regards to our environment. In other words, the first proposal is proper tree-hugging and the second is dirty, quasi-steampunk.

I believe nothing could be further from the truth. It is an astronomical fact that planet Earth, in the long run, is doomed regardless of how well we handle the present greenhouse effect and related environmental challenges. Secondly, finding alternative habitats will not be feasible if we don't overcome present environmental challenges. Thirdly, the knowledge needed to terraform planets and to geo-engineer earth is the same.

I do think that we need to take our environment in general—our water and energy supply and global warming specifically—far more seriously than we do. I also don't think that spacefaring plans should diminish our current obligations to the Earth's environment. Within design and innovation we are already exploring the next frontier: innovation that breaks away from resource-dependence, where growth is uncoupled from consumption and product life cycles are prolonged.

Spacefaring is tougher to deal with because it seems remote; both physically and in terms of relevance and time. So the stickiest criticism is: "Why invest is space migration now?" Earth isn't about to go under and we've got our hands full with other eminent and important stuff: A global financial crisis, epidemiologic disasters and natural catastrophes. Well, that might true and there is no clear way of determining the exact right time—I would however still claim that now is the moment to seize:

We are facing a great risk if we choose to postpone a mission for interplanetary exploration. The longer we wait the higher our risk: Earth is the only habitat we have. The probability of something going absolutely bonkers—life being wiped out by an asteroid, giant volcanoes, planetary disaster—is very low. But the risk we incur is immense. The later we start hedging the more expensive a plan B will be.

In 1961, John F. Kennedy announced the goal of sending an American to the Moon before the end of the decade. Such an outlandish goal was aspirational for innovators all over the globe: The United States decided on an ambitious target and, with a strong vision, set out to reach it. Putting a man on the Moon is celebrated as an isolated event today. Kennedy had guts—what responsible politician would declare a 10-year goal today? In retrospect, Kennedy's goal was perhaps too nearsighted. Space experts argue that by focusing all American expertise on one symbolic goal, the big picture got lost. More advanced means of propulsion could have been developed to enable us to colonize remote corners of space, and crucial geo-engineering experiments could have been conducted.

Although the West "won" the space race, winning such battles don't matter in the long run. Winning the war, the survival of our species does. The American hegemony will soon be over. Although I don't foresee the demise of the United States tomorrow, the world's number one hard power and world's foremost space faring nation is in decline and already signs of fatigue are showing with respect to long term expenses. It has yet to be seen if cosmonauts or taikonauts or any other nation's space programs are ready to take up the mantle. And although I am all for private space ventures, the type of investments needed to terraform Mars or bring humans to habitable exoplanets are out of their league. This is a venture bound to take half a millennium or so. We need to get started while we know we have the ability, the will and the funding.

I understand that one of the frustrating parts of this search for new habitats is the feeling that there is even less you, as a designer, can do about it than if you wanted to reverse the greenhouse effect. It is remote and sort of intangible.

One example of someone who is doing something about it is my friend, architect Kristian von Bengtson. He is a boutique example of a citizen starting a private and autonomous space project. Why would a private citizen invest time and money into space exploration? As he explains:

Before the age of robots and machines, humans were key participants in any exploration. From Marco Polo to present cave divers, the human presence is seen as the approval of a discovery. Human involvement in exploration enables sharing the story of the exploration with the whole world, not only objectively, but perhaps more importantly, subjectively. "Being there" as humans is important. But since the development of robots we have created augmented senses and presence which is considered just as good these days. The question is, can one argue that humans have been on Mars through the use of rovers and landers?

There is a big difference between exploration using robots and humans. When NASA landed rovers Spirit and Opportunity on Mars they lasted 100 times longer than anticipated. It was a major achievement. Compared with humans, rovers are relatively easy to ship to Mars—machines do not require food and safety. But the two rovers lasting for many years on Mars were estimated to have performed exploration work comparable to one human presence on Mars for only two weeks. Robots do not sense what is important nor do they think rationally or independently. Humans are required in any serious exploration if we want to go somewhere seriously with in this matter.

In the development phases of human spaceflight, corporations have always turned towards engineers. However, engineers may have a hard time dealing with factors which cannot be added into equations because of irrational behavior in human nature, human needs and "functionality." Architects, designers, psychologists and anthropologists are widely used and much required to make it all happen. The integration of machine, mission and humans is a task for these professions to solve. It has been done for many decades with much success and future human exploration calls for more participation from these professions.

Besides autonomous space projects, a few other things that could be done:

In the past, the United States has thrown down the gauntlet of greening the globe and the rest of the world has picked it up. Who will be there to seize the mandate of space migration now?