New York City welcomes Webvisions this week, a 3-day conference to explore the future of design, content creation, user experience and business strategy. Webvisions kicked off yesterday with a series of workshops covering topics from building HTML5 games to Adaptive Web Design. Conference goers ranged from hard-core developers to visual designers and the workshops seemed to offer something for everyone.

Three morning workshops held simultaneously initiated the conference. Aaron Gustafson led Adaptive Web Design, guiding us through different ways to think about how a site works in a variety of browsers, on a range of devices. 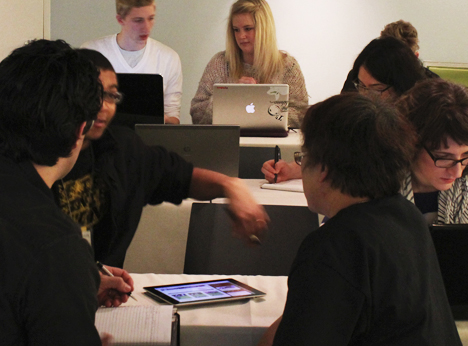 Small teams set out to define the information hierarchy with a single content set on four different devices: an iPhone, a 7" tablet, a 10" tablet, and a desktop computer. Gustafson questioned our placement navigation on a mobile device, asking, "Would it be better for the user if the nav was as the bottom of the page, after they looked at all the content and are ready to move to another area?" 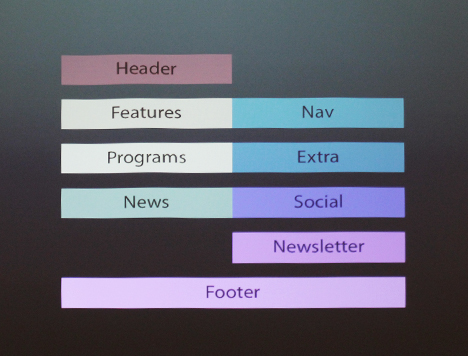 Gustafson introduced us to Progressive Enhancement (PE), a methodology that encourages web developers to tackle issues based on each user-agent. PE follows the principle of starting with a strong default foundation and if a user-agent can handle it, the developer can add enhancements to improve the experience.

Gustafson is passionate about about this, "Progressive Enhancement isn't about browsers. Browsers and technology come and go. You have to think about your users," he says. He walked us through Semantics 101, Parsing Errors, and Unobtrusive JavaScript.

As a designer, Media Queries were compelling, presenting a seemingly easy solution for progressive enhancement by allowing you to define specific styles for a range of sizes, simply by applying this code: 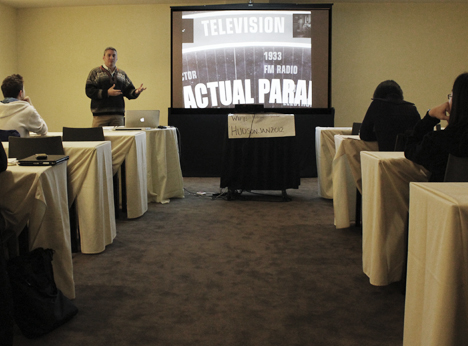 Nathan Shedroff led an afternoon workshops, titled, "How to Use Sci-Fi to Create Better Interfaces," exploring the relationship between interactions in Sci-Fi films and real life interaction design. Shedroff believes that Science Fiction creates new paradigms that influence designers. He referenced Star Trek, an incredibly influential television show that introduced us to new interfaces. "30 years later we get the Motorola flip phone called, StarTAC," he explains. Star Trek inspired the designers of StarTAC and introduced this interaction to our culture. StarTAC was among the first mobile phones to gain widespread user adoption. 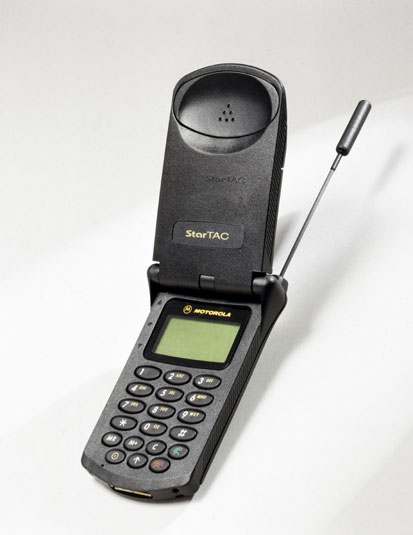 Shedroff played clips from films like Metropolis and The Matrix to exemplify his ideas. A clip of R2D2 helped explain anthromorphism, "He's the most beloved character and he doesn't say a word," , Shedroff explains. We're drawn to R2D2's anthropomorphic qualities and Sherdoff believes that's what makes a great interface. By creating an interaction that mimics human behavior, the user feels like it's more of a social interaction.

After an introduction to Sherdoff's concepts we broke up into small teams to explore 4 topics on a self-composed design brief. Topics included: People in the interface, Gestural Interface, Augmented Reality (Mobile) and Anthropomorphism.

Most teams focused on anthropomorphism and Sherdoff urged the group to think about the interface as a 'social actor in the space' and what kinds of behaviors the interface or kiosk has to perform.

Groups then moved into a round of refinement, exploring visual design and sound in the interface. When designing interfaces Sherdoff recommends pushing the interface far, if only for experimentation, and then dialing it back. "Otherwise you'll end up with a flat interface, especially in a client relationship," he says. Sherdoff encourages designers to look to Science Fiction to inspire us to create new ways of interacting in new mediums.

The coming days offer events, including workshops and talks. Amber Case "The Future is Now: Ambient Location and the Future of the Interface" starts and Louis Rosenfeld's keynote; "Beyond User Research" ends the second day.

So far, the workshops have allowed participants to collaborate and learn by working in multi-disciplinary teams. Overall, it's been an exciting look into what some of the leaders in the field are working on and where they see the future headed in design, user experience, and business strategy.