On the Record: "Years" by Bartholomaus Traubeck 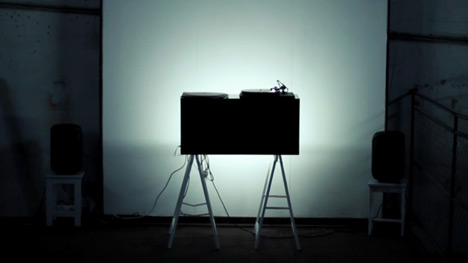 Bartholomäus Traubeck's "Years" is one of those designs that embodies much more than its one-line description might suggest: simply put, it's "a record player that plays slices of wood, [in which] year ring data is translated into music.".A tree's year rings are analysed for their strength, thickness and rate of growth. This data serves as basis for a generative process that outputs piano music. It is mapped to a scale which is again defined by the overall appearance of the wood (ranging from dark to light and from strong texture to light texture). The foundation for the music is certainly found in the defined ruleset of programming and hardware setup, but the data acquired from every tree interprets this ruleset very differently.

The design object is at once material—an interactive sculpture—and immaterial, interpreting an inanimate 'fossil' into arguably the most abstract art form: music. Thus, the record player spans the natural, pre-analog world of time immemorial and the digital alchemy of transcribing visual data (the rings of the tree) into sound, duly referencing an iconic analog medium as the bridge between the two worlds. 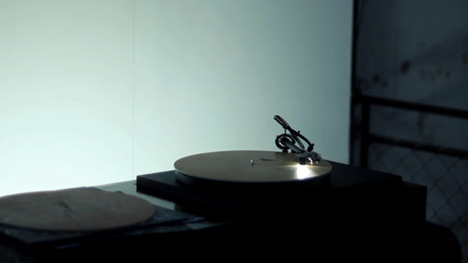 As with a record, the physical (i.e. analog) aspect of the recording remains opaque: we understand that there is a relationship between the infinitesimal grooves in the vinyl and the music that emerges from the black box, but it's impossible to discern what it the recording like by sight or touch. Just as a needle translates the physical into meaningful sounds, so too does the camera of Traubeck's record player read the 'pattern' embedded in a cross-section of a tree trunk.

Meanwhile, the turntable mechanism is an ostensibly transparent input device: its periodic revolution is the direct basis of the musical playback, which corresponds to the aesthetic experience as it extends across time. Yet insofar as the algorithm transposes mute concentric rings into vaguely impressionist ditties, "Years" reveals this disjuncture—between a rotating disc and the coherent sounds that we hear—for what it is: a man-made system designed to make sense of a naturally-occurring pattern.

Alternately, the rings of a tree symbolize 'growth,' which in turn serves as evidence, shorthand and metaphor for the passage of time. In fact, by collapsing and conflating the natural with the man-made, Traubeck's piece addresses the concept of time itself, both as an a priori condition of the world as an ontological structure and as it is given to human experience. 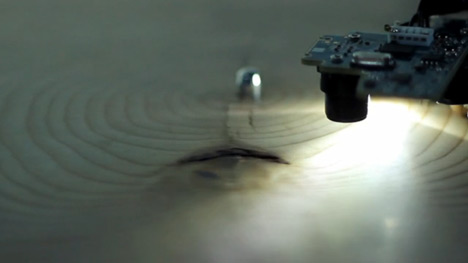 Of course, a turntable implicitly reveals and transcends the disparity between time as an objective quantity (the RPM of the record) and lived time (the internal time of music), whether the 'recording' is a vinyl disc or a slice of wood. This is doubly true of "Years": by recasting the physical appearance of the rings as the familiar sound of piano keys, the work amplifies this distance while underscoring the relationship between the tangible and the aural.

Thus, Traubeck's "Years" is a brilliant paraconceptual design that expresses multiple layers of meaning at every turn, from the way that nature encodes memories into an object to the history of audio recording.