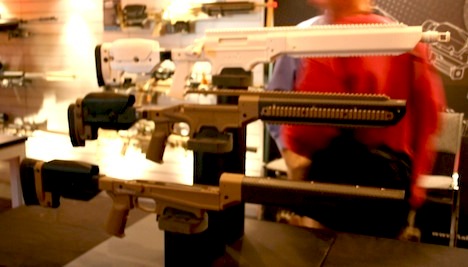 Gear heads love to mod their cars and shooting sports aficionados love to mod their guns. It makes sense then that Ashbury Precision Ordnance (APO) developed a unique modular firearm that enables user customization and changeability. Their SABER-FORSST Modular Rifle Chassis System lets one choose between interchangeable options for the gun's shoulder stock, center, and barrel/forend while sporting rails that accommodate non-proprietary accessories like sights.

I had the opportunity to fire one of the newest incarnations of the system, the ASW50. "ASW" stands for Asymmetric Warrior—asymmetric war is the kind of conflict where the combatants are not equal in resources and military power. Think guerrilla warfare. Think insurgency. The ASW50 is a long-range "precision tactical rifle" with manageable recoil and an easy trigger. It may look a little imposing, but with this rifle I was able to hit a spade-shaped target 300 yards away (and I'm no crack shot). 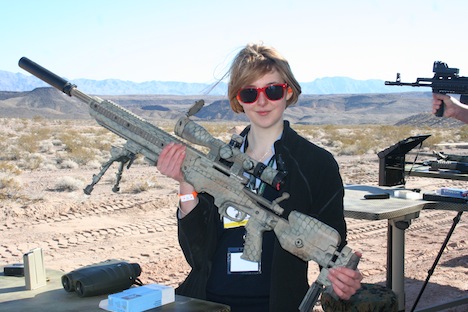 More interestingly, APO's parent company Ashbury International runs a Rapid Product Development Center that helps users bring customization to a whole new level. Firearm components, just like many other industrial products, are CAD drawn and CNC produced. If I had a brilliant idea for a new trigger mechanism or a maybe bump-firing butt-stock, I can send my sketch and concept to Ashbury's RPDC and have it made into a reality. I spotted several companies at SHOT that performed CNC machining or metal injection molding but Ashbury's was the only one that offered to manufacture products without pre-made CAD renderings.

Watch the video after the jump to learn more about APO's modular system and Rapid Product Development Center: 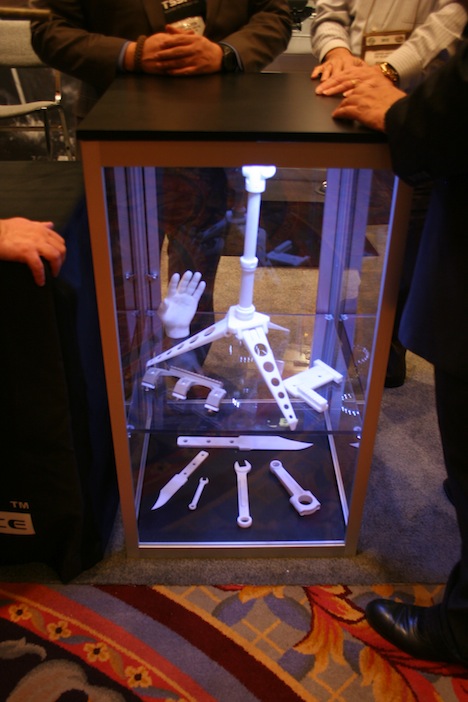 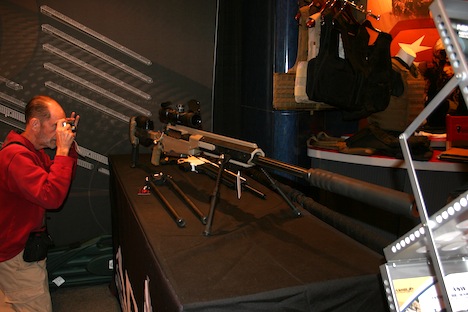 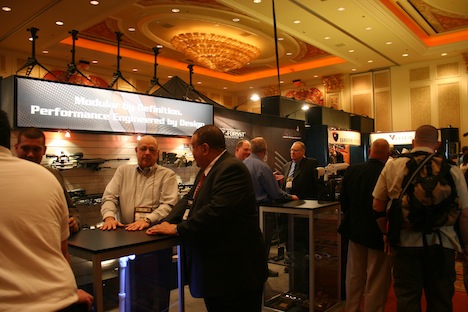 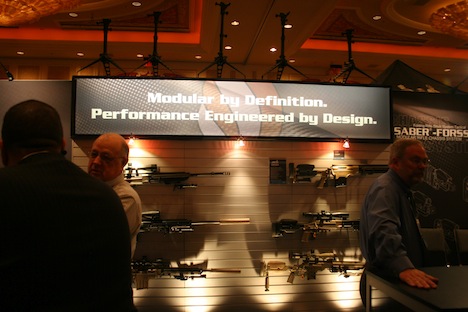 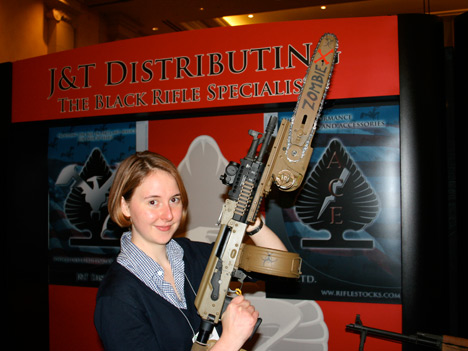 Barbara Eldredge is a design writer and researcher living in New York City. An MFA candidate in SVA's Design Criticism program, Eldredge has spent the past year exploring the relationship between design, guns, museums and morality for her forthcoming master's thesis.