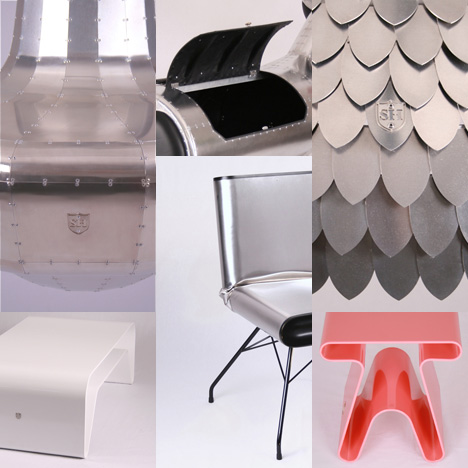 Lest it seem unambitious to "creative unconventional and timeless objects" these days, Shiny Hammer actually delivers with a series of distinctive articles of furniture. In keeping with designer Samuel Aguiar's interest in balancing "use and art," he approaches design "as a couturier or an architect would do, [such that] each creation becomes a representation of a lifestyle, an environment or a culture." The projects date back to 2010 in terms of original ideation, but they've been realized over the past year and a half and have only recently come to fruition. 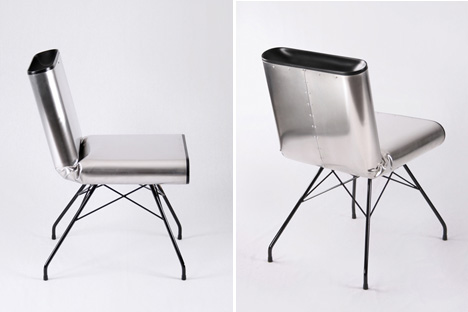 The Plee chair features a single bent aluminum form atop vaguely Eiffel chair-like legs.This chair is the result of a manufacturing process developed by Shiny Hammer called C.I.M. which is aimed at using a bending process which is rough yet sophisticated. The end result is unpredictable, although controlled. As a result, each chair is unique. 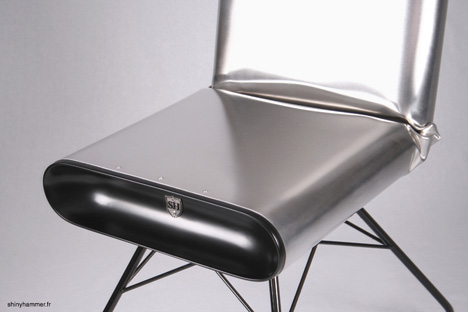 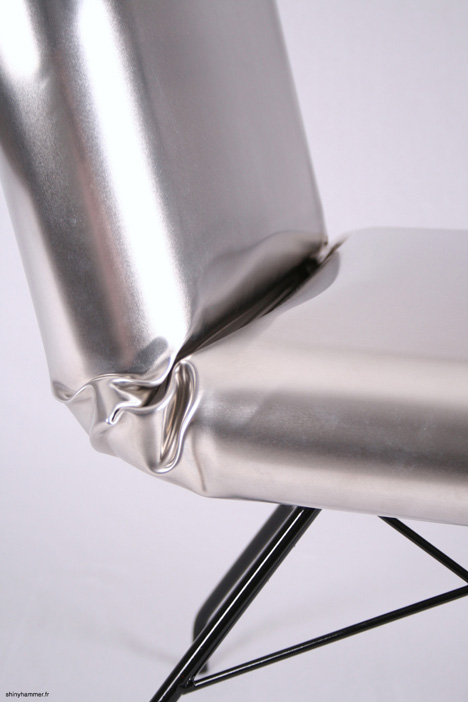 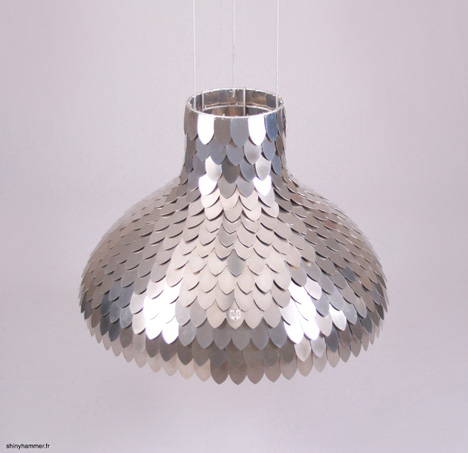 The "Tile" light, on the other hand, is a meticulously-crafted array of laser-cut aluminum tiles, rounded like scales. The shade is painstakingly assembled by hand: each of these 'shingles,' 570 in all, is attached one-by-one. 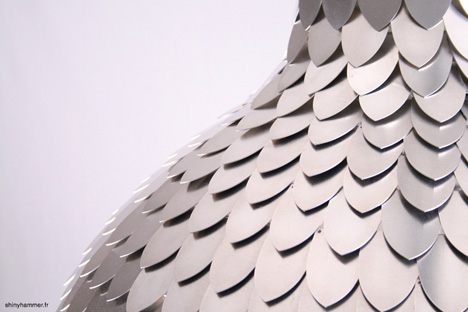 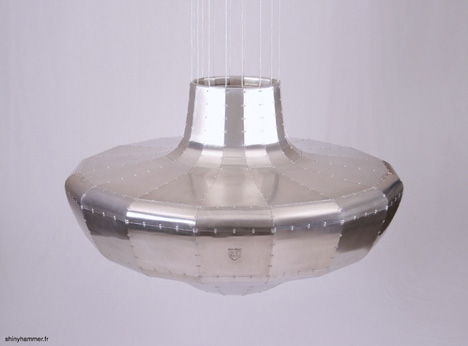 The "Shone" Light is a compelling formal exercise if nothing else: in keeping with its funky, submersible-like appearance, light emerges from only from the top of the pendant lamp.Inspired by the world of aeronautics, Shone is a timeless fixture suspended by metal wires. Like a piece of jewelry, its faceted body contains a light source set within the structure. When lit, it projects an ambient light towards the ceiling, reflecting both on the ceiling and on the various surfaces around Shone. 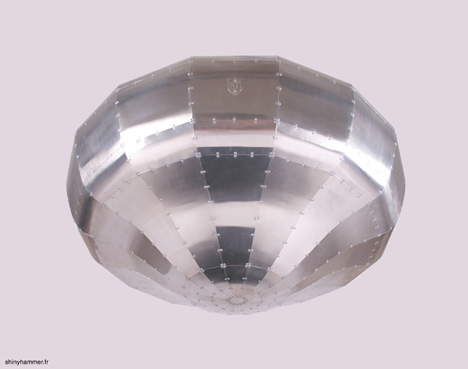 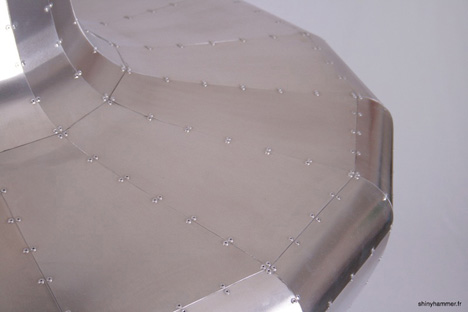 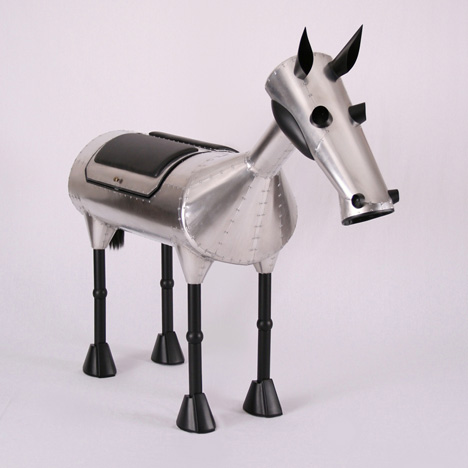 "Dallas" takes the similar aesthetic: the toy horse that's little more 'Tik-Tok of Oz' than outright steampunk. Aguiar points out that it is both functional and decorative": its barrel-like body opens for storage. 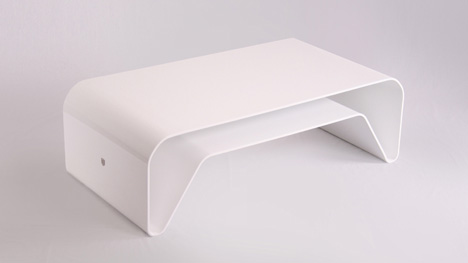 A pair of powdercoated aluminum pieces, the "Loop" stool and table, round out the mix. 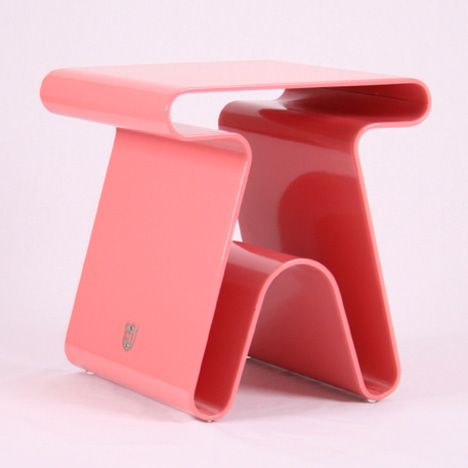