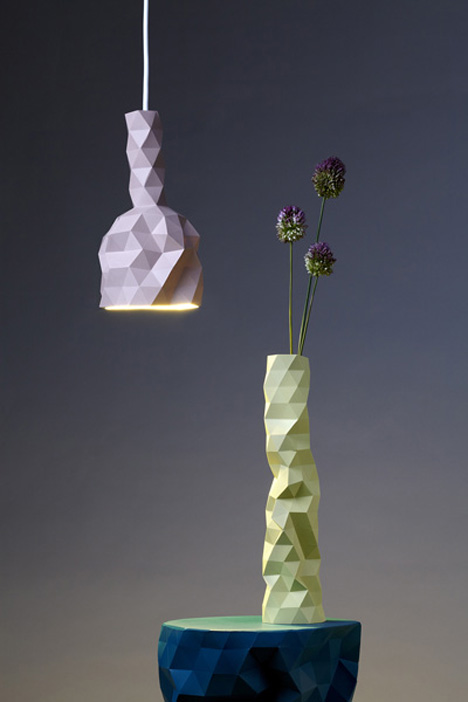 All photos by Petr Krejci

Seeing as he cut his teeth with the likes of Max Lamb, Studio Gilthero, Martino Gamper and Julia Lohmann, it comes as no surprise that designer Phil Cuttance is well-versed in materials and processes. "FACETURE" is a series of household objects that take a vaguely crystalline appearance based on a unique fabrication process. Each vase, lamp and side table looks is made by casting a water-based resin in a handmade mold:First the mould of the object is hand-made by scoring and cutting a sheet of 0.5mm plastic sheet. This sheet is then folded, cut and taped into the overall shape of the product that is to be cast. The mould's final shape, and strength, is dictated by which triangular facets I pop in and out. I do this each time I ready the mould for the next object, meaning that no two castings are the same. I then mix a water-based casting resin that is cast in the mould where it sets solid. 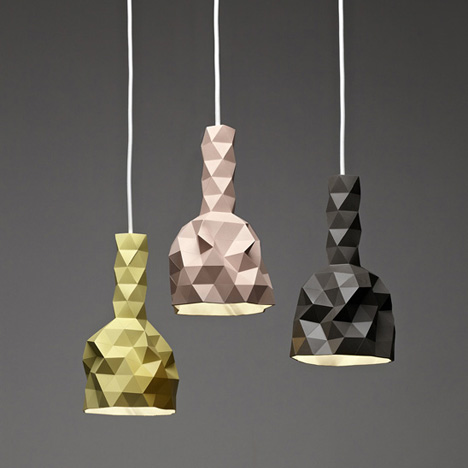 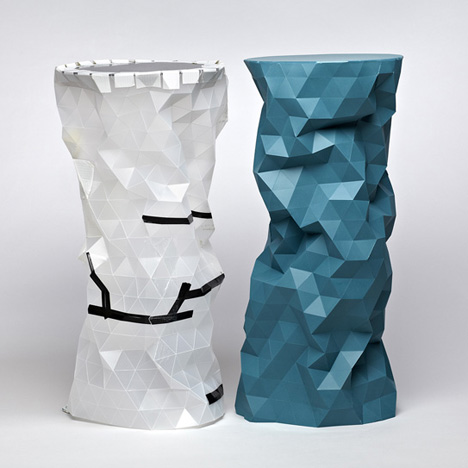 The resin is poured into the hollow mould and rolled around to coat and encase the sides, controlled by me on the casting jig on the machine. The material soon sets creating a hollow solid object. Then another, different coloured measure of resin is poured into the same mould, and swirled around inside, over the first. When it has set, the mould is removed to reveal the solid set cast piece. 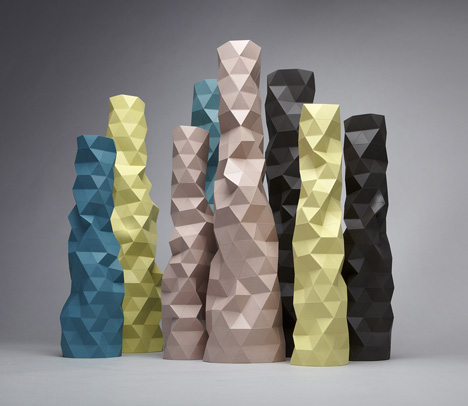 The results look something like stalagmites from a virtual cave, though Cuttance notes that their origin is neither geological nor digital: "The casting appears with sharp accurate lines and a digital quality to its aesthetic, a visual 'surprise' considering the 'lo-fi,' hand-made process from which it came." 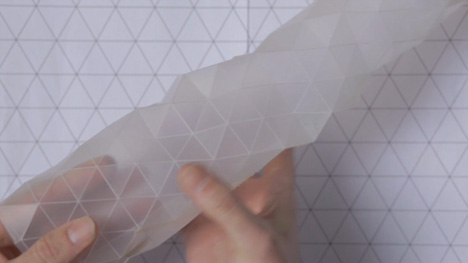 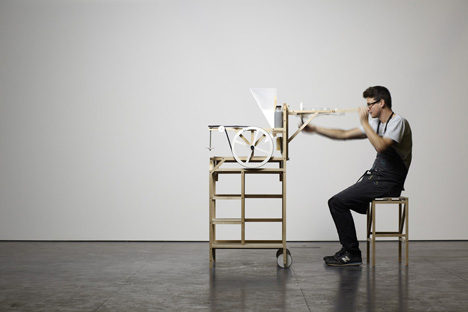 But the real gem is the bespoke machine with which Cuttance creates "FACETURE":

The FACETURE machine's construction is simple and purposeful, screwed together to allow it to be flat-packed for shipping. Wheels make the machine portable within a working space... The shelving beneath provides storage for freshly cast pieces, and room for the casting stool to be stored.

The 'hopper' holding the Jesmonite powder is made simply from polypropylene sheet, in the same way as the moulds.

The casting jig at the back of the machine is simple and allows me to peer into the mould and control the flow of the fast setting Jesmonite. This means it is being cast evenly and economically, leaving a thin yet strong wall thickness. It can be attached at two different widths to accommodate different sized moulds i.e. vases or a table. 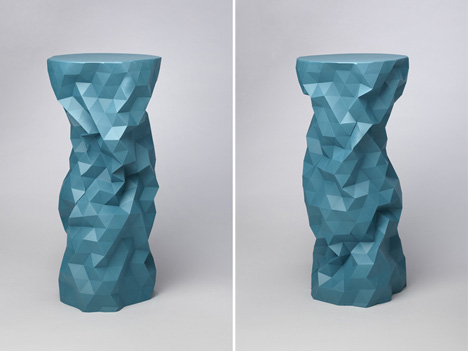 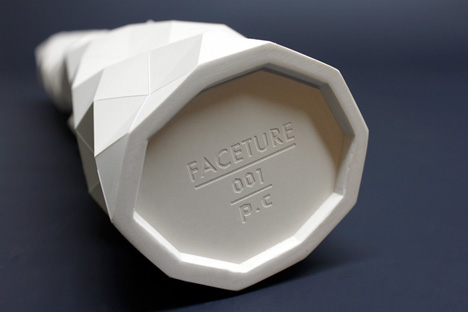 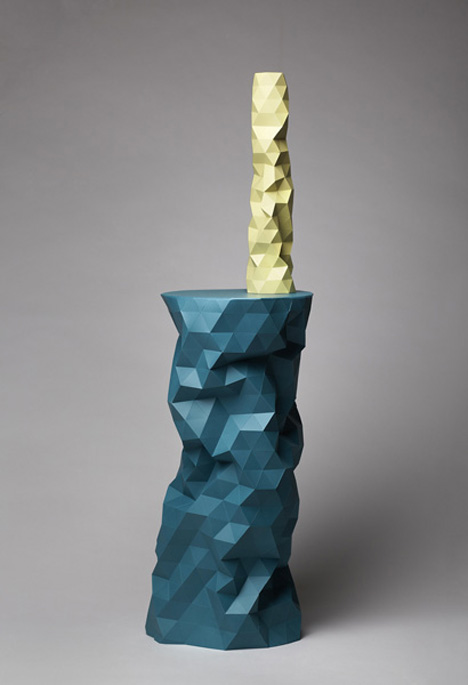