The Design of the NYC Street Sweeper, and the Must-See "Street Cleaner Waltz" 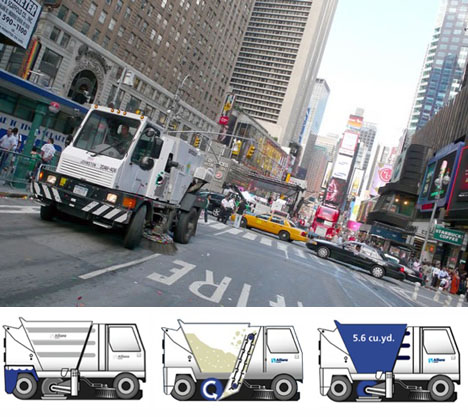 This morning a street sweeper truck stopped across the street from me. Inside the cab, the driver grabbed some papers that had fallen into the gap between the steering wheel and the front windshield. Then he got out of the cab and threw the papers—and a half-full coffee cup he was holding—into the street in front of his vehicle.

When the light turned green and he took off, he ran the papers and the coffee cup over and they disappeared. This may sound dumb, but I never realized modern street sweepers have a vacuuming component. The ones I remember from my youth, which is the last time I paid close attention to one, seemed to do nothing but move garbage around the street.

A closer look reveals it's not really a vacuum at all, but an equally effective mechanical contrivance. After doing some research, I learned NYC uses the Allianz 4000 Street Sweeper. 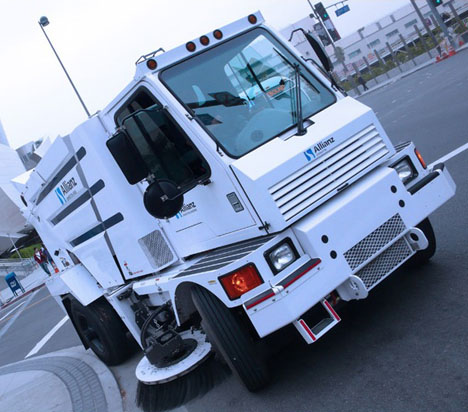 The Allianz 4000 is a purpose-built vehicle whose design is closely tied to its functions. First off, the overall size of the vehicle is relatively small, in order to navigate the tight corners of more narrow city streets. 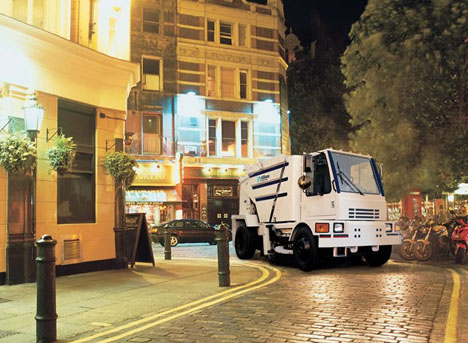 Secondly, the driver sits in a centered position inside a very narrow cab, to provide him with a panoramic view of the street and the curbs he's meant to hug. Parabolic mirrors on each side provide overhead views of the brushes.

Despite the vehicle's relatively small size, the side-mounted brushes mean the sweeping path is just over ten feet wide. 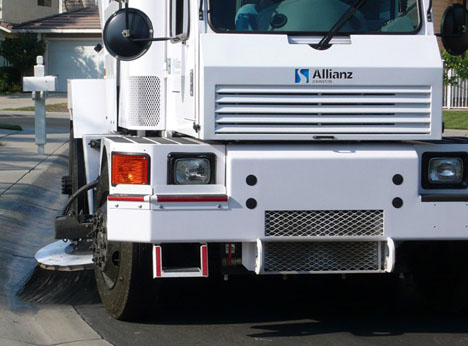 A tank at the rear of the truck holds 250 gallons of water.

This water is sprayed onto the street at a rate of roughly seven gallons a minute to loosen dirt and debris. The side-mounted brushes then sweep everything under the truck. 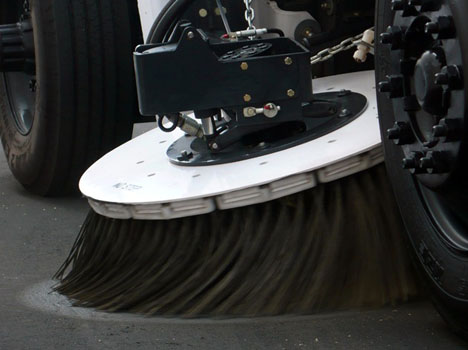 Then a center-mounted roller brush sweeps everything into a nearly vertical compartment filled with a conveyor belt. 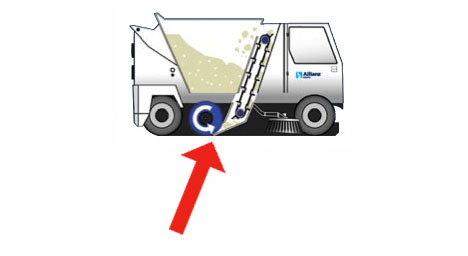 Space-saving requirements are responsible for the steep angle of the conveyor belt, which in turn correlates with the shape of the hopper. You can see this shape in the exterior of the truck.

When it comes time to unload, the hopper tilts up and back. 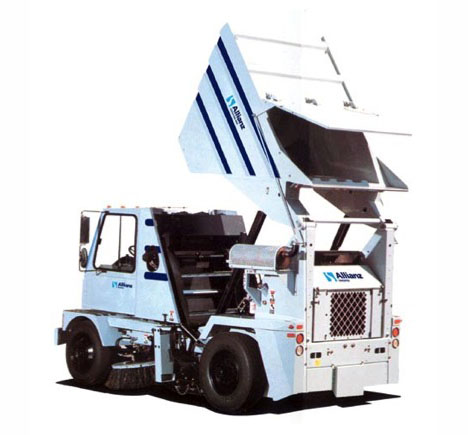 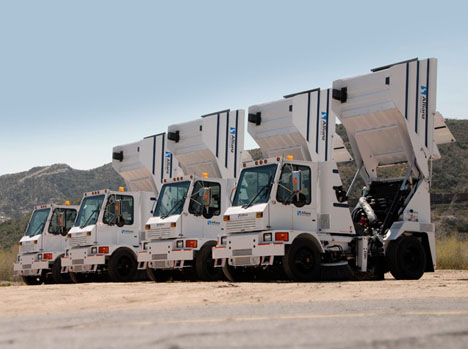 This video gives you a glimpse of the trucks attempting to deal with post-Chinese-New-Year celebration detritus in Manhattan's Chinatown:

Then there is the social behavior created by the deployment of these vehicles. In this amusing video you see the "Street Cleaner Waltz," a ritual every Manhattan-dwelling motorist is familiar with. In the mornings you must move your car to make way for the street cleaner, and immediately after he passes, you must swiftly regain your parking spot while boxing out any opportunistic interlopers.

I've seen heated arguments erupt on account of "parking snipers" who attempt to sweep in, and have heard about (though never witnessed) resultant fistfights. The street sweeper leaves in his wake nice, clean streets, and occasionally, bloodied noses and social chaos.