Arkitypo: A 3D History of Typography 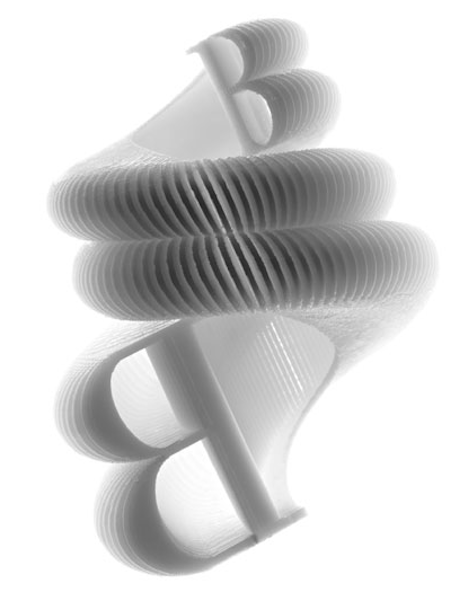 London-based Johnson Banks is an identity and branding company that delves into print and even 3D work on occasion. Their latest 3D experiment resulted in Arkitypo, a 3D alphabet that tells the history of typography. "Each letterform is different, each in turn interprets its own alphabet." For example, "A" is for Aksidenz Grotesk, a forerunner of Helvetica. It was "part of a family of early sans-serifs called 'grotesques'...for this design a condensed weight is 'fractalized,' turning a grotesque into a thing of beauty."

Each letter is methodically researched and many of the resulting forms are quite beautiful. Take the "B," an uppercase Bodoni B spiraling out of the form of a Baskerville B like a snail shell. "Baskerville and Bodoni are usually judged as two separate typefaces, but Giambattista Bodoni modeled his famous font on John Baskerville's...The key difference is that the thicks and thins are in turn thicker, and thinner."

There are controversial typefaces like Fraktur, which was the predominant script of pre-war Germany and was subsequently banned by the Nazis in 1941. There are old standards like Helvetica, Perpetua, Trajan and Verdana. My favorite entry is Gill Sans, one of my favorite fonts in general. Johnson Banks took the "famous lowercase g from Eric Gill's 1933 typeface...He is quoted as saying, 'A pair of spectacles is rather like a g; I will make a g rather like a pair of spectacles.'"

You can see the alphabet on Johnson Bank's site or in this month's issue of Creative Review. 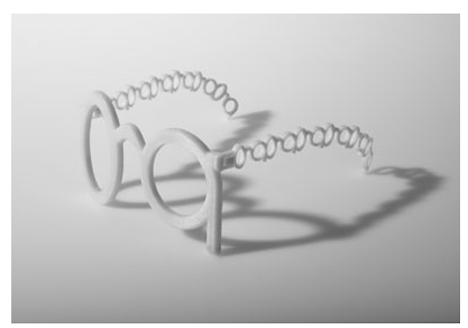