Take a Flying Tour Through the New Whitney Museum 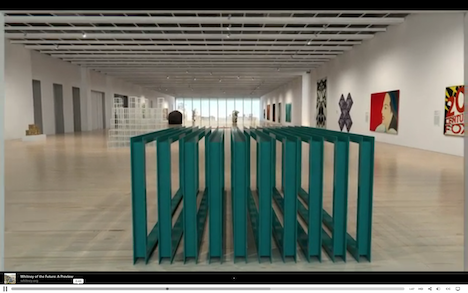 Even though Renzo Piano's design for the new Whitney Museum in downtown New York City was unveiled in 2008, this is the first time we've been treated to a flying tour of the space. When it's completed in 2015, the Whitney's new location on Gansevoort Street at the southern entrance of the High Line will be the museum's fourth home. The first was in Greenwich Village when sculptor Gertrude Vanderbilt Whitney opened the museum in 1931. In 1954 it moved to Midtown, a space it easily outgrew, and then, just a decade later it moved to the Marcel Breuer-designed space, where it still stands, on the Upper East Side. 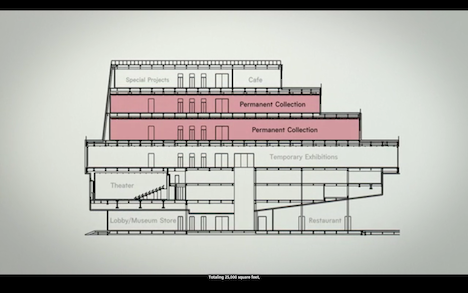 Now the Whitney's permanent collection of over 19,000 works requires an even larger space. Their new video sweeps through Piano's 200,000-square foot museum that includes 13,000-square-feet for outdoor exhibitions as well as an 18,000-square-foot temporary gallery, "the largest column-free museum gallery in New York City." With the ever expanding High Line, the Whitney and all the smaller businesses that are sure to follow, Chelsea and the Meatpacking District can no longer be called an industrial wasteland, but a bustling cultural center. Watch the tour after the jump:

Take a Flying Tour Through the New Whitney Museum