Designer vs. Thieves: The Tale of the Bike Valet 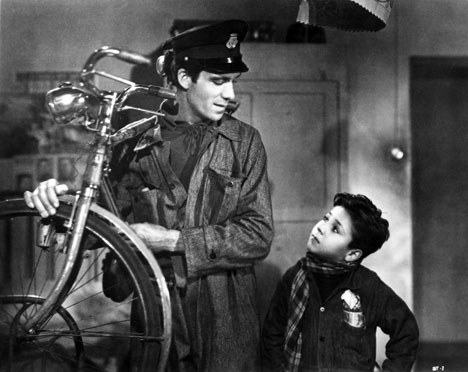 While the urge to build a better mousetrap can spring from a variety of factors, it was a particularly ugly type of mouse that motivated Steven Tiller: theft. Product designer and cyclist Tiller lives in Sacramento, which despite its relatively small size—just 2.5 million bodies—suffers from the Bicycle Emancipation Syndrome common to most urban areas. "If we happen to be dense enough to leave our bikes outside they wouldn't last more than a few days, even with the priciest lock around," writes Tiller. "[My wife and I] lost a beautiful, vintage, hand-made Kleine in just such a way a couple years ago. So [now] we bring our bikes inside."

Tiller designed the wall-mounted Bike Valet, a laser-cut, hand-bent and powder-coated frame that supports a bicycle and offers hooks to hang helmets, bags or other gear. 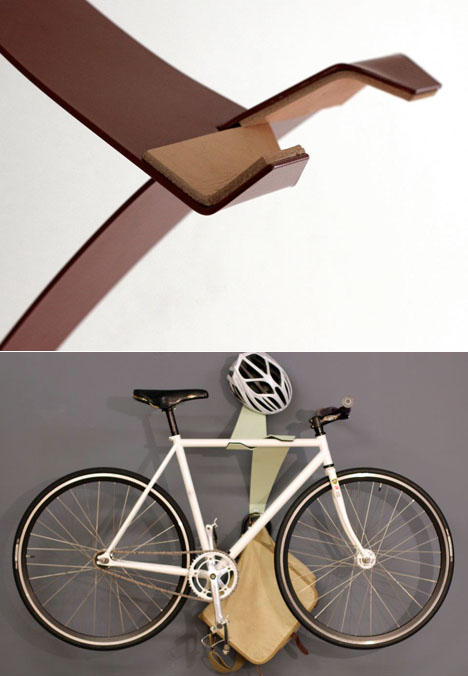 He was in the process of developing a Kickstarter video for it when the ugly mouse reared its head again: thieves hit Reclamation Art + Furniture, Tiller's design shop and business, cutting a hole in the wall to break into his shop and stealing over $6,000 of the tools—right down to the table saw—that Tiller uses to earn a living. 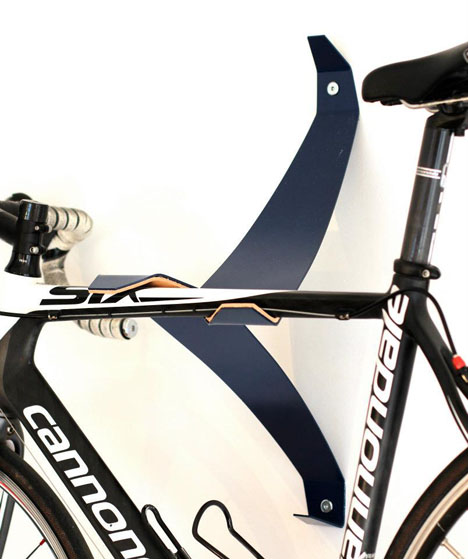 The theft turned out to be a blessing in disguise: After a local paper picked up the story, attention was drawn to Tiller's Bike Valet and recirculated through social media. By yesterday he had exceeded his Kickstarter target of $10,000 by nearly three grand.

The Bike Valet is eventually expected to retail for between $95 and $160, but Tiller is continuing to offer the product for a reduced $75 pre-order price on his Etsy site until February 24th.

Designer vs. Thieves: The Tale of the Bike Valet