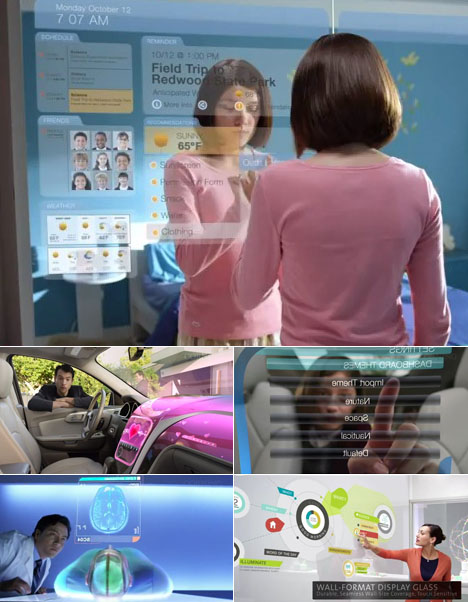 One year ago Corning, the upstate-New-York-based glass manufacturer, released a concept video called "A Day of Glass." The five-and-a-half-minute spot featured Microsoft-like depictions of a family living in a world where interface designers appear to have solved more problems than we knew we had, and the vision resounded with viewers (to the tune of 17.5 million YouTube hits and counting).

Now Corning's at it again with "A Day of Glass 2," below. Released almost exactly one year after the first vid, it continues to depict Corning's vision of "how highly engineered glass, with companion technologies, will help shape our world." Be sure to check out the medical stuff that starts happening around 4:03--how could would it be if you could do that with cross-sections of particularly troublesome parts of your product design?

While the cynics among us can't help but project the infrastructure and behind-the-scenes design required to make all of this stuff work--"Ah, I guess there's a server in the closet," "So that little rectangle is cloud-enabled," et cetera--it seems even tighter than the Microsoft vids.

Corning has also released a sort of "For Dummies" version of the vid where an on-screen narrator cuts in to explain the fanciful technologies that the characters are interacting with. Hit the jump to check it out.