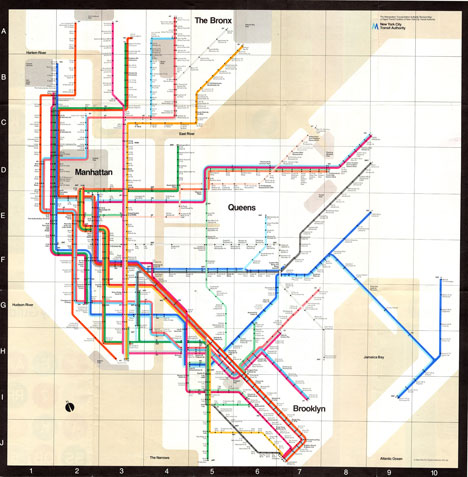 New Yorkers can be finicky about navigating their subway system. In 1972, Massimo Vignelli designed a map for it that was simple, beautiful and readable, and remains iconic to this day. In 1979, after much controversy it was redesigned by Michael Hertz to more realistically represent the trains' paths and the city, in particular Central Park (which Vignelli's map depicted as square rather than rectangle). Hertz's remains the map used today.

Today, with all our devices, data visualizations, and infographics, we are (thankfully) more accepting of designs of abstract representations. And we New Yorkers were desperately in need of some well-designed New York City Subway apps.

The Mass Transit Authority (MTA) knows their audience, and smartly realized they themselves were not the ideal creators for a well-designed, often-used tool such as the NYC subway system app. In July, the MTA posed an "Appquest" challenge, with directives to provide the 8.5 million riders with "access to great apps that improve their transit experience." The MTA released data for use, and encouraged developers to have at it. They now link to 47 apps for smartphones on their site.

Embark NYC won the challenge on February 3 for its simple, focused design. The developers of Embark are four guys—David Hodge, Ian Leighton, Taylor Malloy, and Tom Hauburger—who made their first transit app, iBART for San Francisco, while still in college. Embark now has apps for Boston, London, Chicago, Philadelphia and D.C. 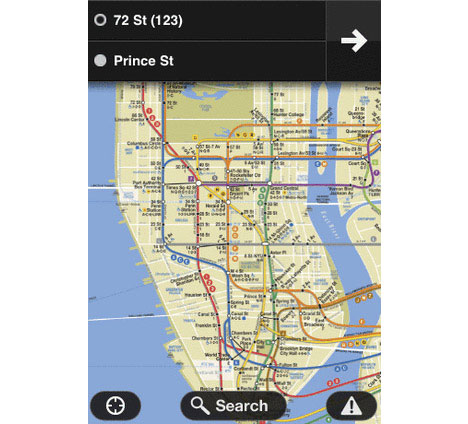 I use the NY subway daily, and have tried several transit Iphone apps in a search for one well-designed, which works for all needs. The Maps App covers most of my needs most of the time - but not underground. Some apps, like NYC Mate are comprehensive maps of ALL NY transit: subway, bus and outlying train system; while others, like ITrans, are merely useful as a PDF of the map to view underground. Exit Strategy is great solely in showing where on the train car to get on and off to quickly get to where you are going, and HopStop provides far too much information and detail for daily use.

Embark's functionality focus is simple: make getting from point A to point B as easy as possible. David Hodge, CEO of Embark said that this simplicity is key. 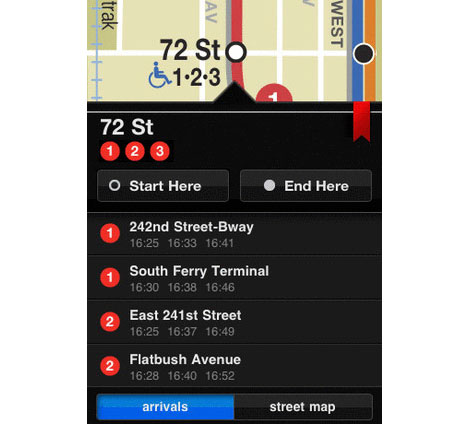 "Our feature list might not fully stack up against some other apps, but that's fine," Hodge said. We leave out some of the extraneous features that would take a lot of time to include but only benefit a tiny percentage of users, and instead, we make sure we do a really bang-up job on the features that everyone uses. It's all about being efficient. You can plan a trip in our app faster than any other NYC app." 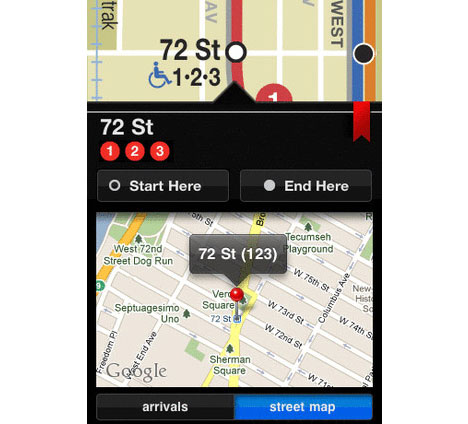 The reality for most iPhone users is that any transit app will be supplemental to the Maps app. So, it has to either add features, or compete closely in efficiency with Maps. Embark does both, but doesn't try to add too much. While I'm sure Hodge would prefer users only find their way using Embark, it seems that he and his team realize that they need to improve upon Maps through design while also supplementing it in just a few features. Embark's key addition: users can plan routes both above and underground.

Of course, when underground with no signal, the app's abilities are limited. It can't pinpoint location, or pull up the Apple map to show you where to go. But, you can search the whole subway map, zoom into station information, and see train departure times, all of which you can't do in Maps. 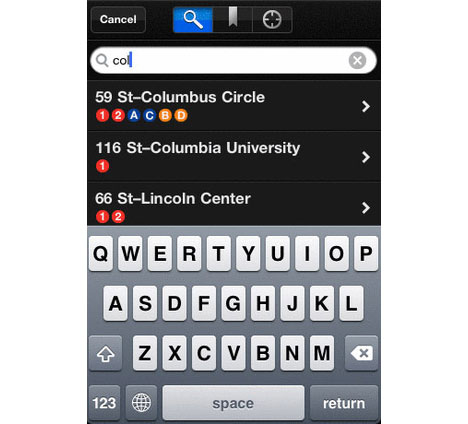 The other key to Embark NYC's success is undoubtedly its design. One of Embark's four founders is a designer, and the design mentality and process are inherent in its usability and aesthetic. Rather than applying design as an afterthought, Hodge and his team designed and built the app all at once. "One thing that's great about having an in-house designer is that the iteration cycle becomes super short, and we did it all in the three months it took to build the app over the summer," Hodge said.

The interface is simple, based in Hertz's 1979 map. Tap the map, and it zooms in to the nearest station, showing trains and arrival times. Select "Start Here." Repeat, select "End Here," and tap the arrow. Select a departure time, and it takes you to a screen displaying your whole route in a straight line, from point A to point B, rather than show the train line as it appears on Hertz's map. 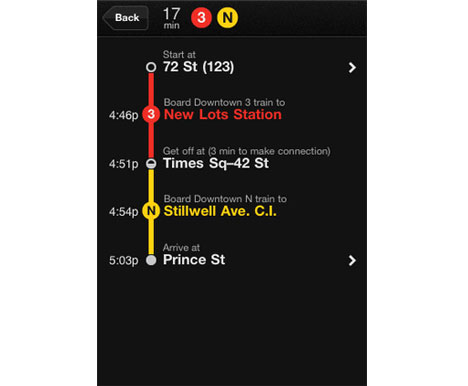 On the decision to keep it linear, Hodge said, "We thought it was important to show your trip on one page of instructions, without having to go through step-by-step like in Maps on iOS. When you're actually navigating the system, you're looking for train headsigns (e.g. "(1) to South Ferry"), and that's what we show you in the trip details."

From this page, you can also tweet, sms, or email your route. I wouldn't use this function much. But, it could be useful for sending directions to out-of-towners. And that brings to mind another observation: Embark seems most directed at users like me, who commute via the NY subway daily, rather than tourists.

Hodge contends this though, saying they want it to work for both commuters and tourists. "You can use the tool-tip arrival times if you know what train you're taking, or you can use the trip planner if you're going somewhere new, or if you are an infrequent rider or tourist." But, he continues, "Of course, we definitely focused on making it efficient so commuters (who make up a bulk of riders and our users) would find it useful." Either way, as a NY commuter, it works great for me, and apparently the MTA agrees. Hodge and team won $5000, a custom 5-foot Subway sign, and other Subway merch.