What's the Difference Between a Composite and a Monomaterial Composite? 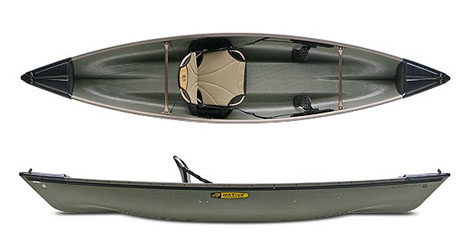 This is a good week for materials geeks. Readers have written in about two more composite materials, one that fits into the family populated by the Tegris and Pure materials, and one that doesn't. Here's an opportunity to explain the distinction.

The former material is called Curv and produced by Propex Fabrics. Like Tegris and Pure, it's a 100% polypropylene composite, and like Tegris it's used in luggage (this time by Samsonite rather than Tumi). The latter material is Twintex, which has similar stiffness and impact-resistance to the others being discussed here, but which differs in that it's made from polypropylene combined with glass.

While all of the materials here can be referred to as "composites," that word can be misleading, and we ought to explain how its meaning changes when preceded by the word "monomaterial." Twintex is a composite of the two different materials of glass and polypropylene, which is easy enough to understand. But Tegris, Pure and Curv are monomaterial—"made of one thing"—and composites of, essentially, different forms of that same material. When polypropylene is drawn into filaments, and that filament is made into a sort of "yarn" or tape, and that tape is woven into a sheet, and that sheet is then fused together with more sheets like it, you can see that we have a very sophisticated manufacturing process where strength is added at each step without introducing any new materials. They are, essentially, self-reinforcing.

We've also heard that while Tegris may be new to Tumi and many of us, it's not new to boat manufacturers and NASCAR. Function Engineering's Lori Hobson, formerly of product development consultancy MindTribe, has been tracking Tegris since at least 2008. In a materials write-up from that year, she provides crucial statistics that explain how the material stacks up against carbon fiber: While monomaterial Tegris is only 70% as strong, it rings in at just 10% of the cost. "Carbon fiber might be fine for Formula 1 budgets, but what about racing's poorer cousins?" Hobson writes, explaining why NASCAR found Tegris attractive.

Hobson also explains that Tegris doesn't splinter into sharp, unfriendly-to-tires pieces that would litter tracks after impacts. We dug up this cool YouTube video showing what appears to be a javelin being fired at a sheet of Tegris at 100 miles per hour:

Vintage Samsonite ads famously had a gorilla attempting to destroy their luggage. With that bad-ass javelin test, perhaps Tumi can one-up them with a little cross-promotional marketing when the next PotA flick comes out. 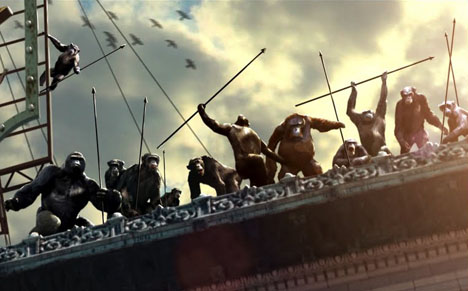 Lastly, we should point out that while a key benefit of monomaterials like these is that when you melt it down, you're dealing with just one relatively easy-to-recycle material, that does not mean manufacturers are averse to mucking that up by mixing it with other stuff. Hobson received subsequent updates from Milliken, manufacturers of Tegris, and found that research enabled them to "co-mold Tegris with carbon fiber/epoxy composites" to get the best of both worlds.

What's the Difference Between a Composite and a Monomaterial Composite?