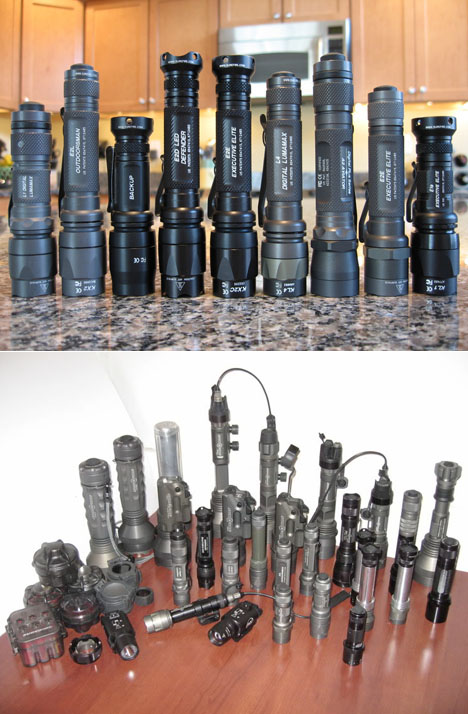 At a cocktail party or on a long flight, we've all been cornered by that collector geek who won't shut up about 19th-Century barber's shears, mid-century Pan Am pilot's Rolex watches or in my case, vintage sewing machines. But modern day companies would kill for that kind of attention. While there's only so much you can pay for product photographers and marketers to advertise your goods, you get a lot more bang—for almost no buck—when fanatics takes up the cause of popularizing your product line-up. 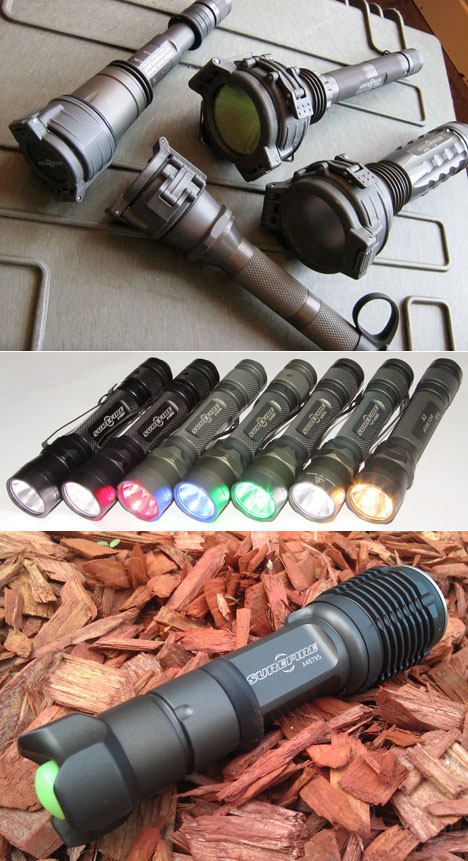 I guess that on a long flight, you could do worse than be trapped next to a flashlight fanatic. At least if the plane went down in the Andes, you won't have to forage around in the dark. 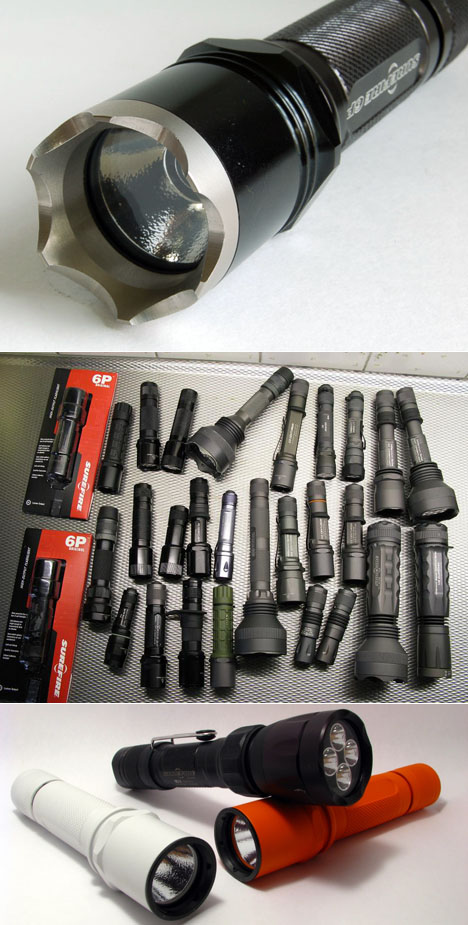 But yeah, some of the photos reveal collections so comprehensive you have to shake your head a little bit.