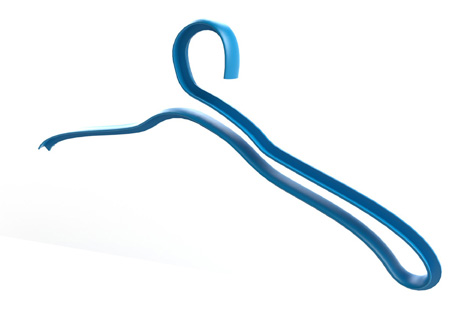 About a week and a half ago, we had a look at designer Jaineel Shah's clever pinch hanger. As is sometimes the case, the simple concept has inspired another hungry young designer to create his own version of an update to the old-fashioned clotheshanger: Rob Bye, a second-year ID student at Brunel University in London, sent us a link to his "Stretchless Hanger Concept." 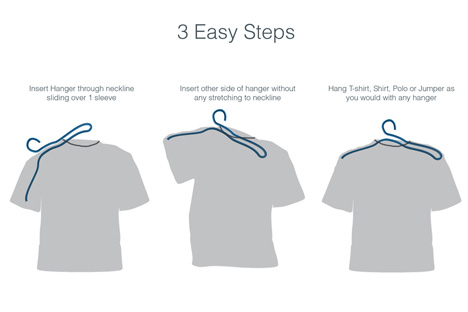 It's at least as straightforward as Shah's design, trading the moving parts of the Pinch for just a little more sleight of hand in order to thread "Stretchless" through the first sleeve.