We've seen some of Kaspar Hamacher's excellent woodwork before, but his latest piece, "Stein No. 1," is perhaps his most minimal work yet. Intended to resemble a skipping stone, the low coffee table is carved from the trunk of an oak tree. 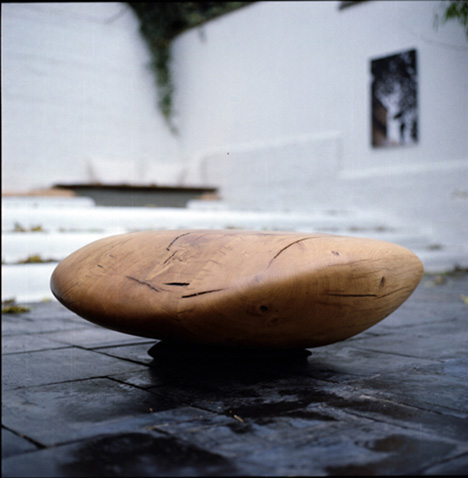 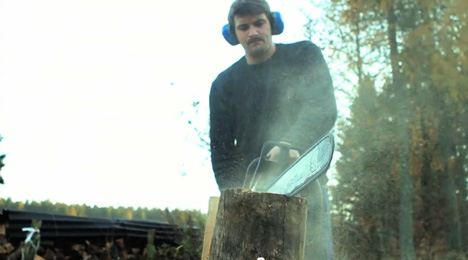 In anticipation of the forthcoming furniture fairs, Hamacher has released a short video of the production of an older piece, "Ausgebrannt," which actually debuted in 2010 and made festival rounds last year, but the Belgian designer only recently debuted a video the production of the piece. If you don't happen to know the concept behind the piece, the video is a nice surprise (though if you know German, you're out of luck). Go fullscreen and sit back for this one: it's a bit of a slow build, but the lush cinematography is a nice treat.

It's name may mean "burned out," but Hamacher clearly hopes to reach his Salone audience before they reach that point. 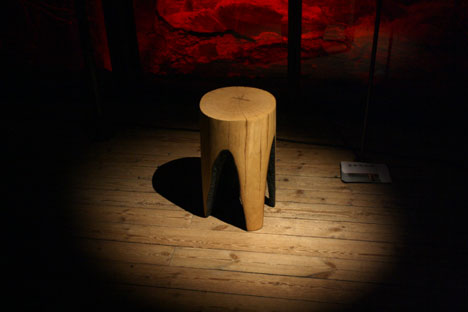 Hamacher will be one of 25 Belgian designers and companies exhibiting in the Triennale di Milan, one of three shows produced by Belgium Is Design.