My brief stint in environments design consisted of exhibit design, where we were faced with the difficult task of trying to direct an unpredictably flowing crowd through a confined space, hopefully controlling how they would encounter and interact with elements within that space. But even designers with far more experience in that area can tell you there's no accounting for what humans will do, despite your efforts to channel them with design rules.

So it went with the evolution of basketball.

James Naismith's original rules only allowed the ball to be passed from one player to another. At some point a "bounce pass" became allowed; this was a clever way for a player to get the ball to a teammate when the opponent's persistent coverage made an air pass impossible.

This is where the unpredictable nature of human behavior comes in. Clever players began to "hack" the bounce pass by essentially bounce passing the ball to themselves while running. Naismith admired the ingenuity of this move, and by 1910 it was part of the game, referred to as "dribbling." 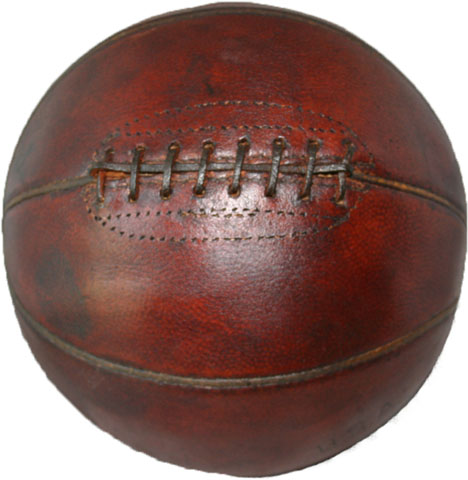 As you can see by the photo above, the manufacturing technology of the time could not produce an absolutely perfect sphere. Which meant bouncing or dribbling the ball could not produce consistent and predictable results. But in the 1940s it became possible to mold rubber pieces in hemispherical sections, and a more or less perfect ball could be produced. Using this better ball, dribbling could be executed with precision, and it became a major part of the game. 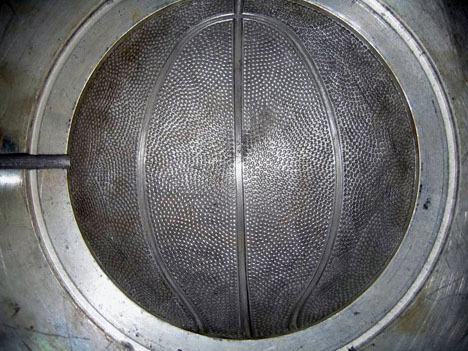 Modern-day mold with "pebbling" for texture 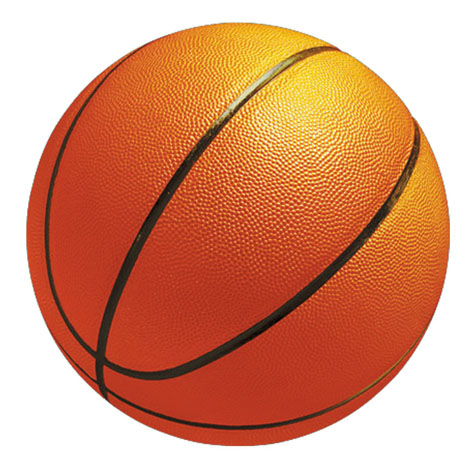 The game continued to flourish, until the human behavior part kicked in again in the late 1940s/early '50s. Basically, players realized that if they were winning, there was no reason to continue shooting and risk the ball being turned over to the other team. So they'd run the clock out by just passing the ball around. The other team would have to commit fouls just to break this up and get the ball back. This led to a lot of boring, foul-filled games that TV stations were not interested in covering. According to the NBA's "History of the Shot Clock,"

The lack of pace in NBA games in the early 1950s was widespread, typified by a game between the Fort Wayne Pistons and the Minneapolis Lakers on Nov. 22, 1950. The Pistons defeated the Lakers 19-18 in the lowest scoring game in NBA history.

In 1954 an NBA team owner in upstate New York named Danny Biasone came up with a way to solve the problem. Biasone began recording statistics from games that he deemed fun to watch—games where the players actually played the game like it was originally intended, without stalling—and in his own words,

He introduced the "shot clock," a 24-second countdown for each team to shoot the ball once in their possession. The NBA adopted it in 1954, scoring shot up to an average of 93 points per game, and Biasone's idea essentially saved the sport. 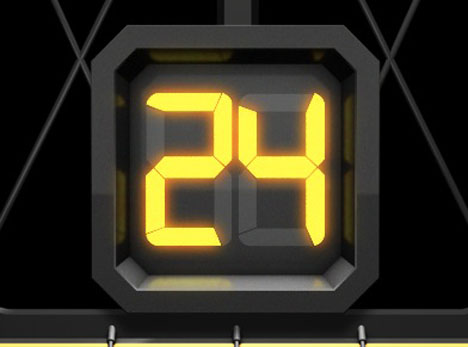 Nothing to do with Jack Bauer

In today's fancy-technology world, NBA backboards are kitted out with LED lights connected to the shot clock. When it runs out, the backboard lights up with red illumination. 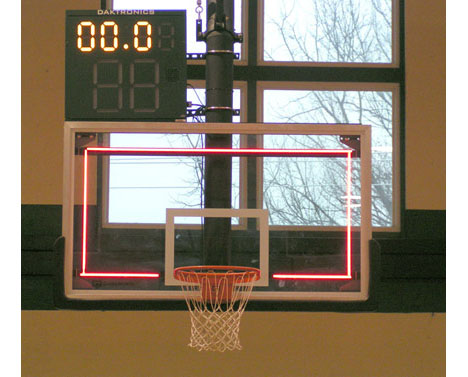 While this might sound like technological overkill, it has a very practical purpose: It makes it far easier for the refs to determine, in split-second instant replay, whether the ball left a player's hand before the clock ran out. 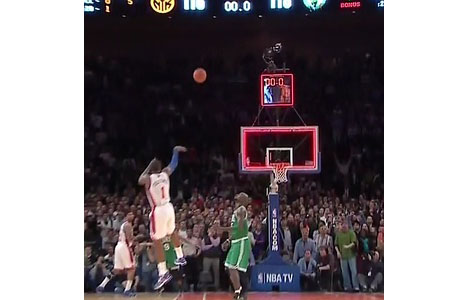 It's funny to think that a simple countdown timer reinvigorated an entire sport, but Maurice Podoloff, the NBA's first president, has stated that "The adoption of the [shot] clock was the most important event in the NBA."