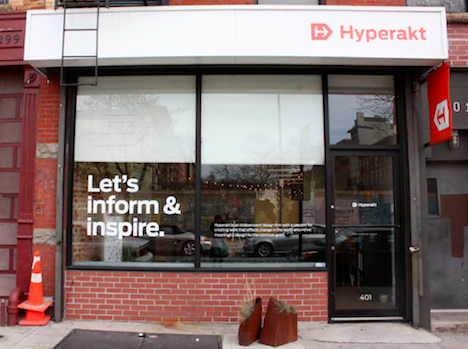 Hyperakt's founders Deroy Peraza and Julia Vakser Zeltser describe their design team as a family, and if you visit their cozy, exposed brick studio in Brooklyn's Carroll Gardens it's easy to see why. The designers sit side-by-side along a desk that runs almost the whole length of the space. Music plays, a full bar is displayed prominently in the kitchen and the backyard patio calls to mind summer barbecues and outdoor parties. The mood is easy going yet spirited, and Julia and Deroy seem to be genuinely happy running a practice that prides itself on being the meeting point between social entrepreneurship and design. They practically beam with fulfillment when they talk about the passion they have for the work they do, and after ten years the world is taking notice. 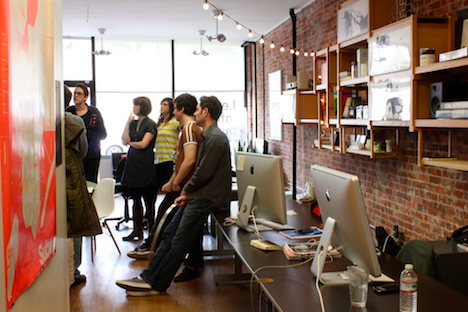 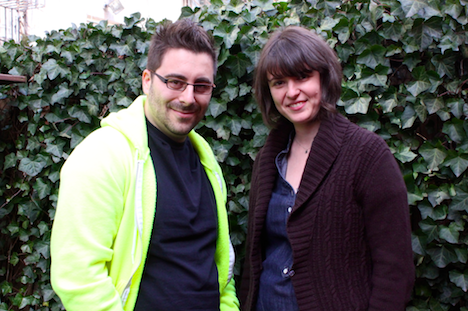 Origins Julia and Deroy met at Parsons in September of 1996. "We had very different personalities," Deroy said. "It wasn't an immediate, natural connection, but we do have a lot of similarities in that we're both immigrant kids. I came from Cuba and Julia came from Ukraine. We both had this work ethic. We approached work very seriously and we developed this competitive relationship. She would do something awesome and I would want to outdo her." 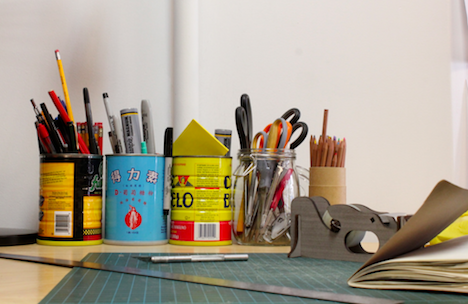 The two continued their friendly rivalry after graduation, bouncing ideas off each other while they worked a series of uninspiring corporate jobs. By September 2001 they'd had enough and decided to join forces. Four days before 9/11 they founded Hyperakt. "Everything was in flux." Deroy said. "It was a good period to try something new because nobody had any work anyway." 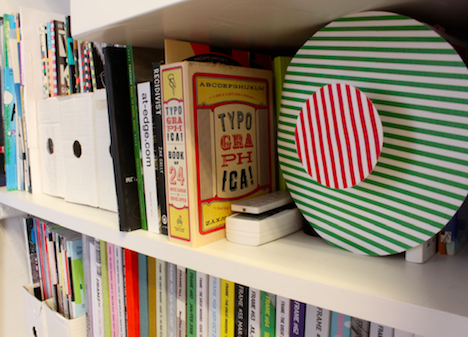 But Julia and Deroy were illustration majors opening a design studio, and as such they had to teach themselves not only the business of design, but design itself. According to Julia, "It was a lot of reading and looking at successful design studios and learning what kind of design we wanted to fall into." After some initial growing pains, Hyperakt evolved into a business that was just too big to keep up from home, and in 2004 they moved into their beautiful space in Carroll Gardens.

Design Ethos Hyperakt seeks projects that allow them to create meaningful design for the common good. "To boil it down," Deroy said, "we try to help change-makers tell their story...We need to identify with the mission of our clients to feel like we're doing something that's a positive contribution to the world." If you're wondering whether that makes work hard to come by, the answer is no. There are just as many 'big clients' in the non-profit sector as there are anywhere else. In fact, Hyperakt regularly turns down jobs simply because the client's mission isn't in line with their own. "It's a lot easier to make something awesome when you believe in what you're doing," said Deroy. 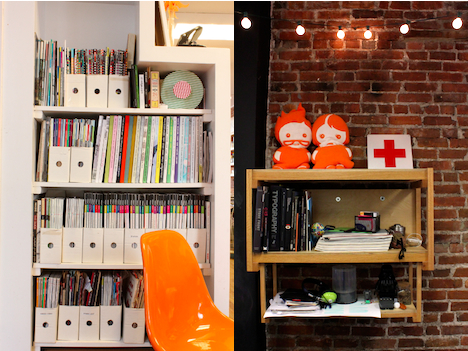 Process When Hyperakt first started they had a team of four designers, including Deroy and Julia, so everyone worked on every project together. Now, with a studio double the size, they divide up into groups of 2-4. Every project is presented to the rest of the designers for feedback before it reaches the client. Recently, the studio began Hyperakt Labs, a series of informal sessions during which any of Hyperakt's designers can present personal projects to the rest of the group for discussion. Hyperakt also holds monthly Lunch Talks, which are open to the wider design community. Past speakers include Charles Adler, Khoi Vinh, Paula Scher and PSFK. You can still RSVP to the March 9th Lunch Talk with Steven Heller. 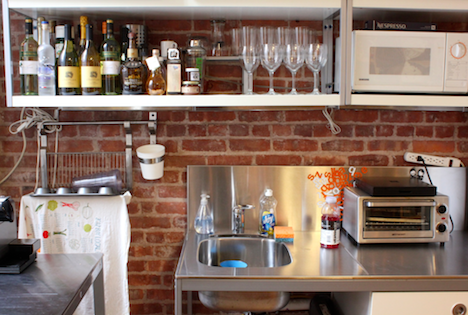 Projects You may have seen Teach, a recent project commissioned by Kurt Anderson's Studio 360 to lend a sophistication to the visual "apple crapple" style typically associated with educators. To "rethink [the] cherished symbols" of education like cartoonish school buses, talking pencils, chalkboard math equations and apple everything, Hyperakt sought to create a brand identity that "reveres the profession of teaching and does justice to the intellectual and creative development [teachers] help guide in students of all ages." 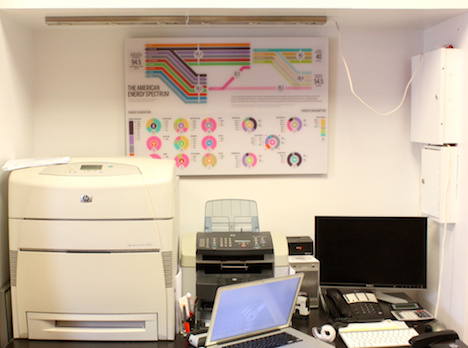 They had just one week to design a comprehensive visual identity, one that could be applied to notebooks, branded gear and large signage. On their website they break down the process in stages, from landing on a guiding visual to choosing a font and color. The final connect-the-dots approach is symbolic, streamlined and takes education seriously.

As for other projects, Julia cites Unicef's Voices of Youth as a job that represents Hyperakt's goal to help the change-makers of the world through good design. Watch the short video to see a brand identity that's more like eye candy for a cause. The set of symbols Hyperakt designed are interesting, colorful and and work together to speak towards the larger issues that are at the heart of Unicef. Speaking of eye candy, be sure to take a look at the clear and engaging infographics that Hyperakt designed for GOOD Magazine over the years. 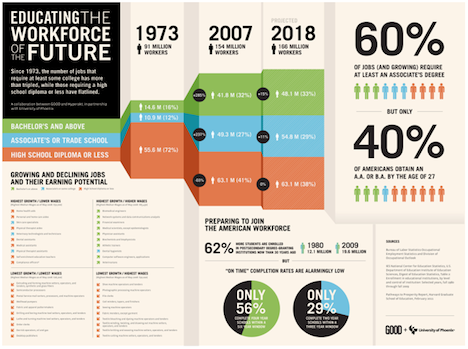 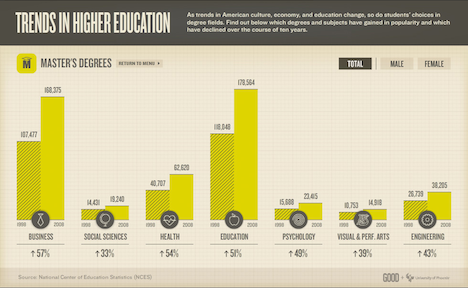 Future Projects As specific as Julia and Deroy are about the principles that guide their studio, they're refreshingly relaxed about their goals for the future. Julia concedes that "you have to have a goal, but don't be afraid if the goal is changing." When I asked if they have a dream project, Deroy was quick to say that "having one dream project is really limiting, because if you actually attain it you're left without a dream. What's really exciting about Hyperakt is that we never know what our work is going to lead to. We just try to put good things out into the world...and it's exciting to see what they lead to... They have unexpected results, and that's where the magic is." 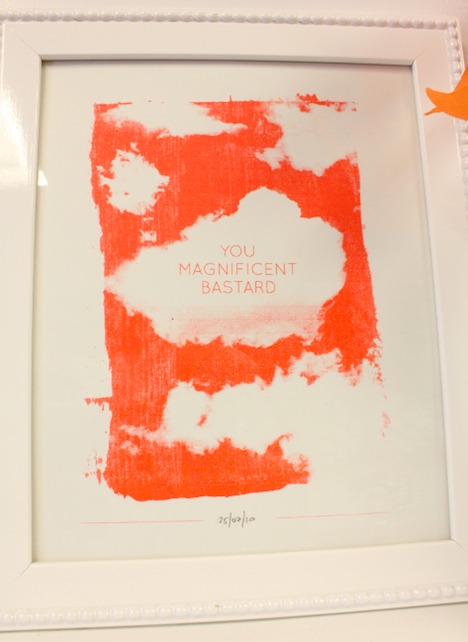 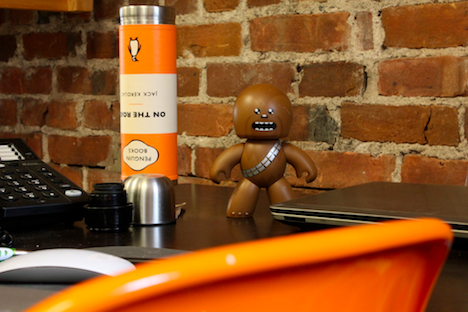